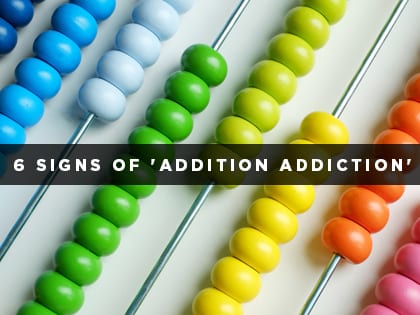 “Whether you’re a planter just starting out or the leader of a growing church, you’re vulnerable to addition addiction.”

Recently, my friend Vance Pitman, planter and pastor of Hope Church in Las Vegas, shared with a group of church planters why his church is committed to multiplication:

“You cannot reach a city by planting one church. From an outsider’s perspective, our church has experienced a lot of favor. If we continue to grow at our current rate, by the year 2040 our attendance will be 25,000 to 30,000 people—a huge success story by most standards.

“The reality, though, is that even if we grow to 30,000 people, we will not have penetrated the ‘lostness’ of our city by even one percent. Our city is 95 percent lost. However, if in the same 25-year period we plant and multiply five churches every five years, and those churches multiply five churches every five years—each one simply growing to 200 people—we could plant more than 10,000 churches and reach over 3 million people with the gospel.

“Now you’ve penetrated lostness. Now you’re impacting culture. Now you’re not just making a name for yourself and being invited to speak at conferences; you’re expanding the kingdom and seeing darkness retreat.”

Vance has managed to avoid the trap I see so many planters fall into—the addiction to addition.

The thing I’ve always loved about young church planters is their drive to reach people with the gospel and grow a healthy church. But pretty quickly this drive can be one of the greatest factors limiting a church’s expanding influence in its community and in the world.

Underneath the Surface of the Early Church

One of the things we always marvel at when reading the story of the early church is the rapid addition of people to the church. Consider these passages from Acts 2 through 19:

From Outreach Magazine  Can You Effectively Disciple Remotely?

No doubt it’s exciting to be part of a growing environment. We love it when our small group spills over from the living room into the dining room. It’s thrilling to see the ushers putting out more seats in the auditorium because so many people have arrived for the 11 a.m. service. We celebrate when our annual churchwide serve event grows from 48 percent to 51 percent. These are all good things and good signs of addition.

But when you look underneath the surface of Luke’s record of the early church, it’s not a book about addition. It’s the story of multiplication. The disciples could’ve easily become addicted to the rapid addition of their numbers in Jerusalem. They could’ve settled in and made plans for bigger buildings, more seats and increased capacity. But their obsession was not addition; rather, they were obsessed with seeing a world-changing movement. These leaders had heard firsthand the words of their Savior who had commanded them to “go.” In Acts, we begin to see the early church leaders start to move the gospel out, reproduce leaders and blaze a multiplication movement. As tempting as it was, they avoided the allure of addition.

What are the signs we’ve become addicted to addition or are on the path to addiction? Consider this list and ask yourself and your team if they see your church in any of these.

From Outreach Magazine  Welcome New Neighbors to Your Church

4. If you’re honest, you’re more concerned about how many are following you than how many people the church is releasing to go out and lead a movement.

5. Your church is concerned only about “our” community or “our” sphere of influence—with little thought and resources spent on your city and the nations.

So, how do we avoid the trap of addition addiction? Make no mistake: Whether you’re a planter just starting out or the leader of a growing church, you’re vulnerable. Below are some practical ways to fight the allure of addition and see real kingdom movement.

1. Identify if you’ve got a problem or are showing signs of a problem. Ask leaders to take an anonymous survey and evaluate the six areas named above. You may also want to complete Exponential’s assessment survey to help you discover your church’s multiplication profile (Level 1 to 5). When you know your level of multiplication, you can begin to develop a plan for true Great Commission movement. Review the results of the survey and assessment with your leadership.