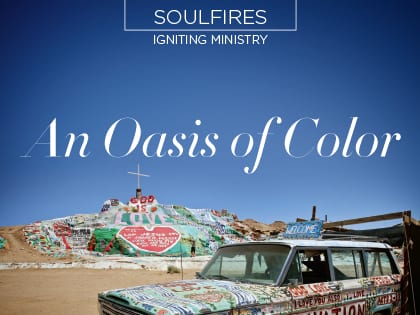 A Filmmaker’s Quest to Capture a Miracle in the Desert

When the economic collapse of 2008 broke in to news broadcasts, it was met with fear and dread by many Americans. However, one man, filmmaker Patrick Rea, met the news with a small sense of relief. Ever since he had graduated from film school years earlier, he had been working nonstop, shooting and directing every project that came his way. And due to his keen eye for beautiful composition and his knack for storytelling, it seemed as though every project came his way.

Therefore, when the economy grinded to a halt and the workflow started to slow down, Pat’s initial feeling was, “Ahh, finally a chance to get some rest.”

And so, he spent more time with God, enjoyed meals with his family again, slept, exercised, ate better and watched plenty of movies to stay up on his craft, making notes and analyzing current trends.

That’s when he noticed something rather interesting.

He identified a filmmaking trend toward antagonists that were rather small in stature. Recalling a famous quote from Alfred Hitchcock, “The greater the villain, the greater the movie,” he felt concerned that audiences may be getting robbed of the drama and triumphant experience of a truly redemptive story, one that comes by way of monumental conflict.

But none of that mattered. No one was calling him to direct their next movie and he certainly didn’t have the means to fund his own artistic vision. And so he prayed, “Lord, what is next for me?”

The answer came quickly. Pat had the sharp feeling that regardless of whether there was income to be made, he was supposed to use his talent for God. Pat felt excited by the revelation, even though the how, what, and when had been left out of God’s communication.

From Outreach Magazine  Living Out the Bible

With his wife and son visiting family in Europe, it was time to have a little trip away with his 16-year-old daughter, Sabina. So the two of them decided that a weekend in a California desert town might be a good way to bond.

On Sunday, as they lunched at his favorite restaurant in Borrego Springs, California, Pat noticed colorful placemats that offered a humorous, extremely out-of-scale illustration of the sites and points of interest. When Pat looked closer, he noticed the illustrator included a small mountain alongside a silhouette of an old man’s face.

“Honey,” he said to Sabina, “that face seems familiar to me. Do you recognize it?”

“I know who that is,” she said after a moment. “That’s the guy from the movie we saw the other night.”

Thinking back, the movie they had just watched, Into the Wild—Sean Penn’s true-story film about a young man who eschewed all modern-day conventions to live life in nature—features two lead characters who come across an utterly mystifying old man driven by a need to tell the world that God loves them. And so this man built Salvation Mountain, a monument to Jesus Christ smack dab in the middle of a harsh California desert.

“You’re right. That’s him,” Pat said excitedly. Patrick quickly flagged down the blonde, middle-aged waitress who was passing by to see if she could verify if the silhouette on the placemat was indeed the man in the movie. “Yes, it is,” she said. He’s probably no more than a half-hour from here. You should go see him.”

As much as he wanted to do that, he knew that the weekend had been long for his daughter, and she still had homework to get done before Monday morning. With Salvation Mountain in the opposite direction from home, he was certain he would not get a positive response when he asked, “Want to go see this guy, hon?” But he was wrong. She was surprisingly anxious to drive to a God-forsaken stretch of desert to meet the man who had built a mountain with his bare hands.

Arriving at Salvation Mountain, they were met by Leonard Knight, the skinny, sun-weathered, white-haired John the Baptistlike character who was so driven by the Holy Spirit to tell of God’s love that he took his nearly 80-year-old body and worked it to the bone to erect a monument made of rock, mud, bright paint, tires, old telephone poles, straw bales, driftwood and adobe—all because, as Leonard tells it, “That’s how the Holy Spirit instructed me to do it.” Standing before a giant, colorful mound in the sweltering heat, listening to Leonard go on about the cross of Christ, Pat felt as if he was experiencing love like a fine, cool mist cascading over him. What’s going on here? he thought. What’s happening to me?

As Leonard kept declaring the love of God, Pat watched as the gratitude in Leonard’s heart burst forth like a human geyser, sending uncontrollable, powerful and relentless praises into the sky. “God has been so good to me!” Leonard kept shouting over and over. “I’m so happy that Jesus died for me, and then gave me this place to tell everyone about his love!”

Pat looked around again just to make sure he wasn’t seeing things. Leonard lived the most meager life imaginable. He slept on a tattered mattress in a dilapidated, converted fire truck, with little food, no air conditioning to keep him away from the punishing 120-degree heat and completely unprotected from the homeless alcoholics and meth addicts who lived in the surrounding desert and knew about the crazy character with the mountain from whom they could steal whatever they wanted. And almost every night, they did. Yet, each morning, as Leonard tells it, even after seeing that he had been stolen from yet again, he would rise with a “Woohoo! Jesus loves me!” 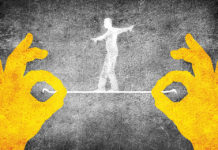 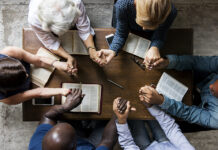 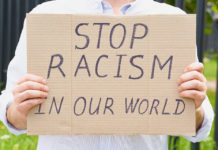