Home Features If Your Church Is to Thrive, It Must Grow Young. Here’s How 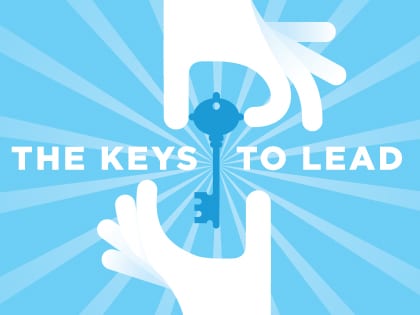 In 2016, Kara Powell and her team at the Fuller Youth Institute released Growing Young: Six Essential Strategies to Help Young People Discover and Love Your Church, based on extensive research with more than 250 of the nation’s leading churches. In this article, they discuss the keys to successfully reaching, leading and discipling young people.

You may have heard the sky is falling.

Churches are closing their doors. Young people are walking away from faith.

So how bad is the bad news, really? It’s a question we have recently pondered at the Fuller Youth Institute. With the aim of translating research into practical resources, we are hopeful about how research can empower leaders in the midst of some discouraging news about the church.

Most churches in America are not growing.

According to an extensive survey by the Pew Research Center, the share of adults in the U.S. who identify as Christians fell from 78 to 71 percent between 2007 and 2014. The increase in those who identify as “religiously unaffiliated” (meaning atheist, agnostic or “nothing in particular”) jumped by almost seven points, from just over 16 percent to 23 percent.

This well publicized “rise of the nones” varies by denomination. Mainline Protestantism has experienced the greatest dip in numbers. From 2007 to 2014, mainline Protestant adults declined by about 5 million. Roman Catholic adults dropped nearly 3 million. Adults in evangelical denominations, as well as adults in nondenominational churches with evangelical leanings, actually grew from 60 million to 62 million. However, while the total number of evangelicals has increased, the percentage of Americans who identify as evangelicals has actually decreased almost 1 percent from just over 26 percent to just over 25 percent.

Most churches in America are also aging.

Many churches see the average age of their attendees increase year by year and wonder what the graying heads mean for the future of the church. Perhaps you can relate.

Young People Do Walk Away

Alongside this shrinking and aging, churches are watching young people walk away.

A major turning point for young people’s faith in America tends to be high school graduation. Multiple studies highlight that about half of youth group seniors drift from God and the faith community after they graduate from high school. We’ve spent the past decade studying how to reverse this trend through our Sticky Faith project.

Some—perhaps more than half—of those who drift from the church end up rejoining the faith community, generally when they get married and have children. But even those who return have made significant life decisions about worldview, relationships and vocation—all during an era when their faith was shoved aside. The consequences of those lasting decisions are often tough to erase.

“But Wait, my Church Is Growing!”

Perhaps your congregation is growing, and bursting with young people. But in the midst of that growth, you may wonder if young people are merely consuming what you offer. You want more than that; you want them to be unleashed to join—and help lead—God’s redemptive work in the world.

Regardless of your church’s trajectory, your congregation needs young people, and they need your church. One without the other is incomplete. Our research reveals that growing young can energize your entire congregation. As you navigate the waters of growing young, your other priorities (like effective evangelism, dynamic worship services, powerful service and missions, and authentic community) will gain momentum. If your overall hope is to have a vibrant congregation, there are arguably few better starting points than tapping into the contagious passion of teenagers and young adults.

How Strategic Churches Are Growing Young

The data is clear that shrinking and aging are the default for most American congregations today. But that’s not the way it has to be.

And it’s not happening in every church. Perhaps most importantly, it doesn’t have to be true for your church.

Our research team at the Fuller Youth Institute spent the last four years studying more than 250 congregations of diverse sizes, ethnicities and geographic regions that are unlocking the potential of teenagers and young adults. These churches are bucking the national trends and seeing not only young people—but their entire congregation—thrive. They are bright lights in the midst of the all-too-often gloomy narratives and research.

From Outreach Magazine  How to Distinguish Being ‘Biblical’ From Being ‘Political’

These churches joined us for one of the most comprehensive and collaborative studies on churches engaging young people, involving more than 1,500 research participants, 10,000 hours of staff research time, over 20 denominations, nearly 40 states and both new church plants and those with more than 100 years of history. Half of the congregations were predominantly white, while one-third were multiracial (see ChurchesGrowingYoung.com for more details and resources).

All that work was focused on learning more about what’s going right in the church.

The primary goal of our last three years of research has been to understand how and why exemplary churches are effectively engaging 15- to 29-year-olds. Put more simply, we studied churches that are growing, and growing young. To ensure both the quality and practical applicability of the research, we enlisted a world-class team of advisors to guide the process, including Andy Crouch, Brad Lomenick, Brenda Salter McNeil, Carey Nieuwhof, David Kinnaman, Efrem Smith, Eugene Cho, John Ortberg, Sergio De La Mora and others.

One critical way these churches are thriving is in their approach to leadership and mentoring—especially with young people. Both leadership in general, as well as specific leaders, were mentioned in every stage of our research as one of the principal contributors to churches that grow young. When pastoral leaders were asked to describe what accounted for their success with young people, the highest response—named by half of pastors—was church leadership. Church leadership ranked ahead of worship style, emphasis on social justice and use of the latest technology. Congregation members were even more likely to attribute their church’s effectiveness to leadership, at more than 77 percent. That held true in interviews and site visits, from The District Church in Washington, D.C., to Flood Church in San Diego, California.

So how does leadership look different in a church that is growing young? It all comes down to who holds the keys.