Home Features If Your Church Is to Thrive, It Must Grow Young. Here’s How

The keychain leaders we observed understood that they shouldn’t immediately throw young people keys from a distance and expect them to learn to use the keys on their own. But they also knew young people shouldn’t be forced to sit in the back seat of the car (with the senior leader driving) for too long. Instead, keychain leaders discipline themselves to pay attention to young people who are ready for their own set of keys and then train those young people in the skills they need to succeed.

In fact, when young people in our study were asked what made their church effective, 43 percent pointed to the relational nature of their leaders. Being relational doesn’t mean leaders jettison their boundaries and try to be a “best friend” to everyone in their congregation. But it does mean that leaders are approachable and genuinely care and connect.

At Metro Community Church, a 10-year-old multiethnic church in New Jersey, keychain leadership is made possible by a lead pastor who recognizes he doesn’t have all the leadership answers. A 22-year-old college student described to our team, “The main draw is how transparent our senior pastor is. It’s the only church I’ve ever been part of where the pastor shares how he feels and even shares his mistakes.”

Rich and Robyn Wilkerson of the 5,000-member Trinity Church in Miami, Florida, recognize that keychain leadership is possible in both large and small congregations. During our visit, nearly everyone mentioned the empowering leadership culture in the church and attributed this to the pastors. When we asked Rich and Robyn how they set this tone, they explained that they strategically invest in leaders who will replicate this influence throughout the church. Every Monday, nearly 100 core volunteers and staff gather for a chapel service that includes worship, testimonies and prayer for the congregation.

From Outreach Magazine  How to Become a Community Pastor

Rather than try to connect with thousands at this level of depth, these keychain leaders strategically infuse this smaller group with a leadership culture that spreads to the rest of the congregation.

Evaluate Your Own Keychain Leadership

Taking into account all of the bad news about young people and the church, as well as the great potential for your church to grow young, we urge you to take the risk of empowering young leaders. The first step is to work either on your own or with your team to make two lists. The first list should include all of the keys of leadership you currently hold in your church. The second should include all of the young people in your church who have been given (or could be given) significant keys of leadership. Then reflect on the two lists and identify some steps you could take—a conversation, sharing a task or developing a promising leader—that would offer more keys to more young people.

Someone probably offered keys to you years ago and that’s the reason you’re leading your congregation today. Stretch and a whole generation of young people in your community are tired of sitting on the sidelines. Let’s invite them to join us on the field.

From Outreach Magazine  Korea: Why So Many Megachurches?

Portions of this article were adapted with permission from Kara Powell, Jake Mulder, and Brad Griffin, Growing Young: Six Essential Strategies to Help Young People Discover and Love Your Church, available this fall from Baker Books. 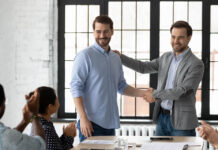 Why Hiring an Interim Pastor Might Be Good for Your Church 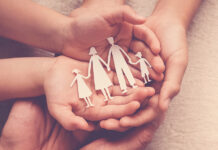 9 Things My Family Has Taught Me About Leadership