Home Features Should the Church Try to Be ‘Cool’? 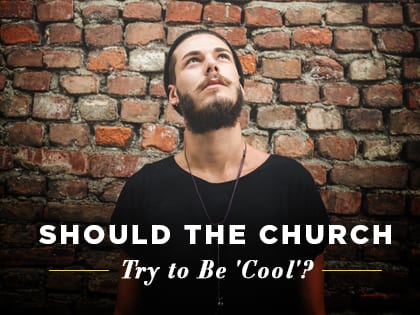 “It should be one of our main goals as believers to try to relate the gospel to those who don’t yet understand its beauty.”

Apparently, there are lines to get into church in New York City.

Not only this, but also a certain church has managed to draw quite a gathering of well-known celebrities who have their own private area to enjoy the services.

The most fascinating article was going around a few weeks months about the cultural waves being made by Hillsong NYC. The popular church from Australia has branched out in various, influential cities across the globe, including in recent years, New York City.

The New York City location was started by Lead Pastor Brian Houston’s son Joel (also the leader of Hillsong United), along with a friend of his from Bible college, Carl Lentz.

It was absolutely fascinating to read the article, very well-written by a writer from a popular, secular magazine, who clearly did not have a background in church or faith. She was overwhelmed by the love and excitement of what was happening at the church. After the article was over, she mentioned how she missed being at the services, and missed seeing the people.

Over and over again, in various terms, she described the church as “cool.” There are churches of all shapes and sizes. There are denominations and church styles that fit just about anybody.

But should it be our goal, as churches, to be cool?

I should mention a disclaimer, that according to the article, Pastor Lentz didn’t consider himself to be on the cutting edge of cool, nor did he seem to have a desire to be known for being cool. But the hip writer clearly thought they were all sorts of cool. The pastor simply wanted to be influential for the sake of the gospel. He wanted the church to be a place that ministered to a wide range of people who all needed the hope of Christ.

I don’t want to suggest that every church out there should drop what they are doing and try to become cool, but there is nothing inherently wrong with trying to make the gospel matter to those outside the church.

In fact, it should be one of our main goals as believers to try to relate the gospel to those who don’t yet understand its beauty.

From Outreach Magazine  7 Key Values to Build Your Leadership On

And a church doesn’t necessarily need to try to be cool to their surrounding community to be effective at making the gospel matter to those outside the church.

But, biblically, every church should be taking steps to make the gospel matter in some way or another. And every individual Christian should be trying to do this as well.

Listen to these words of Paul.

When is the last time you or your church changed the way you do things, in order to, like Paul, “become all things to all people so that by all possible means you might save some”?

This doesn’t necessarily mean we need to change the way we dress or try to be more cool, but if trying a little harder to relate to those outside the church helped bridge the gap so they would become more open to the gospel, wouldn’t it all be worth it?

From Outreach Magazine  The Lies We Believe About Community

It is not the job of believers to transform the world to behave like the church (see 1 Corinthians 5:9-10) because only when the gospel comes in to a person’s life do they start to act the right way. It is our job to become all things to them, so by all possible means we might show them a glimpse of the glorious gospel of Christ. It’s God through his gospel who does the hard, heart-transforming work that completely changes people’s lives (see 1 Corinthians 3:5-11).

What does reaching people by all possible means look like?

We should be doing anything short of sin to reach more people with the gospel. According to Paul’s instructions, it would be a sin not to.

If your church feels stuck, and growing older and older, you don’t necessarily need to become inauthentic to who you are, but you do need to take steps toward “becoming all things to all people, so by all possible means you might save some.”

This means making changes, but glorious changes—changes filled with the presence of God as you joyfully work to see God’s precious kingdom invade more hearts and lives.