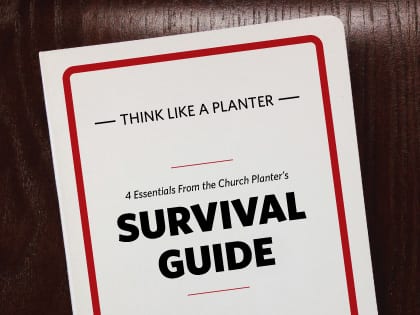 “The New Testament church was a participatory sport, and this generation doesn’t want to be spectators.”

With the advent of apps, the United States Armed Forces have started selling their survival manuals. They figure you might find yourself in dire straits and need to trap, kill and skin a goat using only a twig, or that you might simply want to train like the best.

Church plants are reportedly 70 percent more likely to reach people from an unchurched background. Established churches admit that church planters may have the inside track on outreach. Church planters know they do.

That doesn’t mean that established churches don’t reach the lost. What it means is that established churches can and should glean from the frontline approach that most planters employ. Wilderness survivors credit their narrow escape from death to a mind shift from the expectation of rescue, to survival. Church plants are naturally adapted for survival. They’ve had to possess a missional mindset out of necessity. Planters know there’s no cavalry riding over the hill. No air support. No rescue team. They are the rescue team coming.

Consider this article an app taken from the field manual of frontline church planting that will identify some necessary survival mindsets that might just save your church.

1. The Terrain Has Shifted

A survivalist must constantly survey the terrain.

Church planters recognize the ground has shifted. They’ve informed Toto we’re not in Kansas anymore. This is hostile territory; a vast spiritual wilderness that will eat unwitting churches alive.

In the Star Wars saga opening, the sprawling text tells us that the Empire has won, the Jedi Order has crumbled and the golden age of the republic is finished. Similarly culture has moved on. This is the hour for rebel outposts, underground guerilla warfare tactics and the reawakening of the Jedi ways of the first century. This is no longer the golden age of the ’80s when people poured into box churches to glut themselves on programs. Those who can’t make the jump to light speed are going to get smashed in the cultural asteroid field. Like the hair bands at the crossroads of the post-Nirvana music revolution of the ’90s, churches who can’t learn to play a different tune will no longer be able to fill stadiums.