Home Features The Power of the Small Things 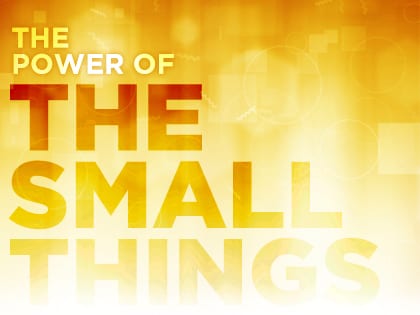 Dan Kimball: “Can we talk or Facebook or blog about different beliefs with gentleness and respect?”

I was at a Christian conference, in a workshop called “Responding to Neo-Atheists,”—and I was sitting with two atheists.

This story started online. Someone who identified himself as an atheist responded to my Facebook post, making some strong comments disagreeing with the Bible’s validity. Over the course of months, this atheist came to my Facebook page to raise issues like Old Testament violence or biblical inconsistencies to show why he doesn’t believe, and we would go back and forth in the comment section. I learned he was from a certain city; he was young and quite smart.

I was going to a Christian conference in his city, focused on apologetics for new generations, so I invited him to it, knowing atheism was one of the topics.

At the conference, this fellow introduced himself to me, along with his friend, also an atheist. I had this reaction of total surprise: “You came!” He said he was going to the workshop on atheism to see what the speaker said about his beliefs. I got more and more nervous as we walked into the room and sat down. As the speaker began teaching about atheists, I tried to text him: “Hey! There are two atheists in this room. Be careful how you talk about atheists!” But he didn’t see my texts, and it didn’t matter. My anxiety was unwarranted.

The speaker clearly taught why he felt atheists were wrong, but his tone was kind and loving. He stated how most atheists are not militant and angry as often portrayed, but are kind and loving and intelligent. I could sense my friends’ guards coming down. I couldn’t have been less embarrassed, and was so pleased to hear the speaker respond with great respect and kindness when my atheist friend asked questions.

Afterward, we got into a pretty deep discussion about their upbringing and why they became atheist when they both came from Christian backgrounds.

Later, when I spoke in the main session, I spontaneously brought up my atheist friend to share some of his story, as well as his experience at this event. He said that he had never met Christians who did not fit the stereotype of demeaning him for his atheism. He said he heard things at this event that he hadn’t considered before, and while he was not convinced God is real, he was glad he came. Since then we have stayed in touch and we will meet up when I return to that city in a couple of weeks.

Where Small Can Lead

Through this experience, I was reminded to never underestimate the power of the small things we post or conversations we have online. A non-Christian was posting arguments on my Facebook page, but over time I consistently responded with counterarguments and eventually built an online friendship. I didn’t take a combative or mocking posture.

So often I hear a negative tone about those who hold differing beliefs. But can we talk or Facebook or blog about different beliefs with gentleness and respect? We don’t have to hold back what we believe, but how we speak and interact makes all the difference.