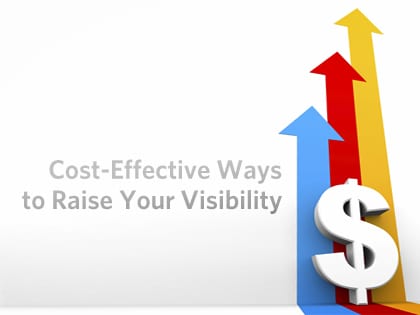 Let It Shine: “This is not only a cost-effective strategy for raising a church’s visibility, but a sustainable one that God honors.”

In the summer of 2001 a church plant coach suggested our emerging church plant would need to spend $30,000 on initial branding, or as he said “ … to get your name out there.” But we didn’t have $30,000; and even if we did our core team agreed that’s not how we’d want to spend it. We wondered, Is there a better way?

Jesus said, “Let your light shine before men in such a way that they may see your good works, and glorify your Father who is in heaven” (Matt. 5:16). I’ve learned this is not only a cost-effective strategy for raising a church’s visibility, but a sustainable one that God honors. Indeed, the innovative good works of a church that reflects its community will be noticed and, more importantly, appreciated by diverse others beyond its walls.

In my own church and those I coach, we apply this strategy and it makes a difference. Consider these examples:

In 2013, in an effort to revitalize her congregation, Pastor In-Yong Lee began to champion a multiethnic vision at St. Paul’s UMC in Asheville, N.C. Not long after, on its sign out front, the church asked the community the same question it was asking itself: If the kingdom of God is not segregated, why on earth is the church? Overnight, though, vandals repositioned the sign’s words to read: The kingdom of racists. So how did the church respond?

First, by covering the words with a red sheet to convey a message of lament. Then, the next day, by posting a prayer on the sign: Lord, help us to become a church that truly reflects heaven. In so doing, In-Yong responded in humility. “Thank you for interacting with us,” she was suggesting. “You see Christians as racists. Forgive us. We are trying to change. Come try with us.”

A Truckload of Hope

Pastor Matt McGue planted ONE church in Jackson, Miss., in 2014. Just prior to launch he purchased and repurposed a used ice cream truck. Branded the HOPE Truck, it’s helped the multiethnic church establish relationships with at-risk children in apartment communities where the greatest needs exist. When the children hear its music and see the truck they come running to receive free ice cream, fresh fruit, school supplies, bicycle helmets, Bibles and invitations to church. Before they leave, volunteers spend time playing with them, sharing God’s love and praying for families.

Through this good work the church gained instant favor and established credibility throughout the city. The HOPE Truck has become a fixture at fundraisers, community events, local schools and city functions, with businesses like Fresh Market, Subway and Walmart among its sponsors. For his efforts, Matt has been given a seat at the table alongside senators, the state superintendent of schools, the mayor and other faith-based leaders, in spite of the church’s young age and size.

After borrowing $1.1 million to purchase an abandoned Kmart in 2012, Mosaic Church recently rented one half of the 100,000-square-foot building to 10Fitness for $1.15 million over 10 years, essentially eliminating the mortgage. With 24-hour access during the week, 10Fitness offers the latest in fitness technology and a fully staffed workout center for area residents—30 percent of whom live at or below the poverty line—for only $10 per month.

The project has created 30 jobs, generated new tax revenue for the city and reduced the potential for crime in the urban center. In a recent press release the University of Arkansas at Little Rock praised Mosaic saying, “The church’s effort has drawn more people into the area and improved markets for new or redeveloped properties.”

A church that reflects its community is uniquely positioned to impact its community. Through innovative good works and breadth of influence it can become a bright light in the public square for the glory of God.