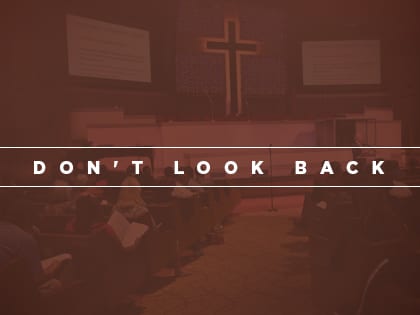 The ministry at Destiny Life Church provides discipline, hope and discipleship to inmates.

When 20-year-old Checotah Mchenry was booked into the Amos G. Ward Detention Facility in Claremore, Oklahoma, his scowling face burned hot, his clenched jaw jutted forward and his fists were set to throw a punch should anyone rub him the wrong way. Seething hatred, Mchenry truly was a hardened criminal. That all changed, however, after participating in the six-week “Don’t Look Back” outreach ministry run by Chris Rose, who himself spent many years behind bars.

Rose had been vocal about his criminal history and was eager to use his testimony to motivate others in the community to change. So in January 2015, Pastor Glenn Shaffer commissioned Rose to head up the outreach ministry as a way to provide discipline, hope and discipleship to inmates. Shaffer is senior pastor of Destiny Life Church, whose average weekly attendance is 800.

“We don’t just say, ‘Here’s Jesus. Hope you make it,’” says Rose, who notes the high recidivism rates in Oklahoma. “We provide these men and women with a firm faith foundation so that they can survive on the outside.”

Rose and a devoted group of volunteers visit the jail twice weekly to help incarcerated men and women develop social skills, pray together and discuss Christianity 101, a workbook written by Shaffer, which outlines baptism, salvation and the foundation of Christianity. Rose also visits the Jess Dunn Correctional Center in a neighboring county where he runs a 10-week, Christianity 201 discipleship track. By the end of 2017, Rose hopes to bring the outreach ministry to every prison in Oklahoma. He would also like to see transitional centers become a reality.

The program teaches the importance of accountability; it also softens the hearts of inmates and introduces many of them to a new life path. Mchenry, for one, is grateful for the transformation. “Now I think, act and react differently,” he says.

This past summer, Rose brought a portable baptistery to the jail and baptized 21 men. “God’s favor has been all over this ministry,” says Rose. Jail administration has even commented that the jail is peaceful for hours after Rose and his team visits.

“That’s because God’s presence goes before us, sits with us and remains after we go,” he says. 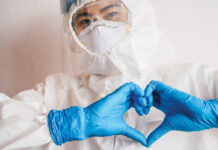