Home Features 7 Ways to Create Unity in Your Church 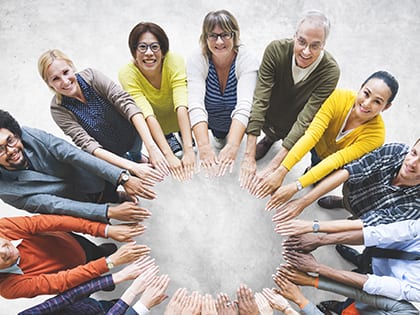 Divisions within the church are an unfortunate reality in this fallen world, but here are ways you can restore unity.

I once consulted with a church struggling to move forward. The pastor had been there a couple years, had a great vision and was supported by most everyone, there were adequate resources, the community needed a healthy church (as all do), but they never could get any traction.

In working with the church, I quickly assessed they had a unity problem. The church had two dominant factions—mostly split over a denominational issue. I felt like a genius consultant when I uncovered the root problem, but the truth is I only discovered what they already knew—yet never admitted.

The challenge wasn’t discovering the problem, however, it was in finding solutions. The church needed to come together if there was any hope to move forward and realize all the opportunities God was sending their way.

It should be noted—this church was united around the gospel. They wanted to see people come to know Christ. They were divided by lesser issues. If a church can’t rally around making disciples of Jesus Christ—our core purpose—it will be near impossible to unite on anything else. Jesus said, “If a kingdom is divided against itself, that kingdom cannot stand” (Mark 3:24). This church’s disunity could be solved, in my opinion, with proper leadership.

So how do you create unity in a church?

7 WAYS TO CREATE UNITY IN YOUR CHURCH:

There are some things which are not worth changing—especially until unity returns. It makes no sense to create further disunity in an area where the church is already unified. For example, if the church is overwhelmingly supportive of Sunday school, but you are a proponent of small groups, don’t try to make the change now (if ever) until unity is achieved. If the core DNA is divisiveness, harder decisions regarding the vitality and future of the church should be made.

What do people agree upon? As noted previously, this should be the gospel, but what about its methodology is commonly embraced? Again, maybe its Sunday school, but perhaps it’s reaching the community’s lower income families. It could be a ministry of adoption or homelessness. There are probably numerous ministries or interests within the church about which everyone is passionate. Find some and pour energy into them. The more of these you can identify and rally people around, the more unified the church will become. The key is you must work towards a common mission if there is any hope of bringing unity.

This can be an ice cream social or a ministry opportunity to one of the common issues, but it should be something which will involve people from both sides of the divide. It would be best if you could get someone from each faction to the planning table for these events. Most likely there are some who, though they have chosen a “side” to support, are mature enough they can work with someone of a different opinion to plan a function.

One activity I did with the church mentioned above was to lead them to plan a mission project together. I mixed the teams with people who were on opposite sides of the dividing issue. We made it fun and engaging. It was good to see the teams laugh together. I think it was a step towards unity.

There is something about celebrating which brings people together. Find small wins and celebrate them. Celebrate the things people can agree upon. Often this will be the history of the church or the heart the church has for missions or ministry.

There are usually a few people who are naturally divisive. This number is usually smaller than it appears, but these people are critical of everything and usually bring down the morale of others and the church. You may have to pull them aside, ask them to cooperate, and, if they will not, work to remove them from power. (This could obviously be the subject of another blog post, but a necessary part of creating unity.) The unity and vision of the church is more important than appeasing those whose only mission is to disrupt.

Just as there are a few who are negative, there are usually a few who are positive about unity and who have influence over others. I believe in the “each one reach one” practice. Spend time with these influencers, help them understand the importance of unity, then encourage and release them to help shape an atmosphere and culture of unity, one person at a time. Keep these natural influencers and encouragers close and informed and empower them to help create unity.

Communication is always important, but especially during times of disunity. Information must flow freely and often. When people don’t have information, they assume you are keeping it from them intentionally. Keep people informed and they feel more like they are part of the team and the vision.

Of course, communication includes preaching. This may be a season to plan a sermon series around something everyone needs and can agree upon; such as prayer or missions. Even leading the church to pray together for a set period of time about a common goal.

Obviously every situation is unique. Don’t be ashamed to seek outside help. Creating unity takes time, prayer and hard work. It often involves repentance for things said and done which caused the disunity. Keep in mind the process involves relationships, so it can be messy. Unity will likely involve people granting forgiveness and releasing the right to have things their way. Depending on the severity of the division in the church, these issues should certainly be shaping your teaching during this time. It may be subtle or more direct, but certainly deliberate. Finally, for an illustrative purpose, you might treat the process as you would if you were counseling a couple, only on a larger scale, of course. Identifying the underlying problems and offering small, steady steps to improving the relationships before you address the issues of division will help create unity.

I should point out this is not a guarantee. Churches can sometimes be their worst enemy and some churches are simply toxic. (That’s a sad reality, but true.) And, this is much easier when a pastor is new, but I believe the process—or a process like this—can work even for a tenured pastor. And, prayerfully-guided leadership is the key.