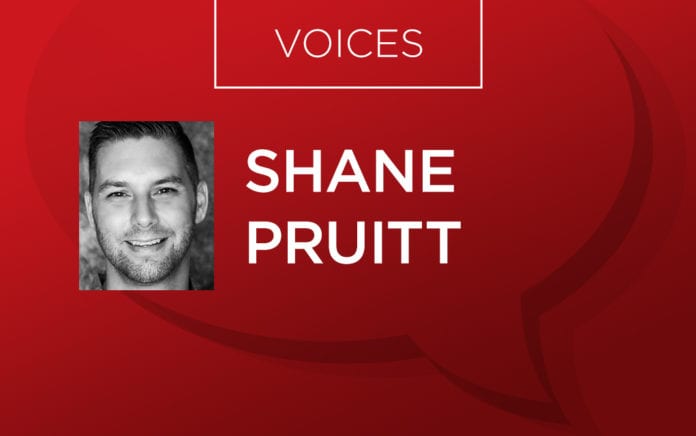 And Why God’s Truth Is Infinitely Better

WHO: Shane Pruitt, a regional director of evangelism for the Southern Baptist Convention in Texas.

HE SAYS: “The road to the freedom God desires for us is found by walking in spirit and truth.”

THE BIG IDEA: This book exposes nine popular phrases that have become part of the Christian vernacular but aren’t true to Scripture or the character of God. The author explains what God’s Word really says and encourages readers to live honestly before him and each other, acknowledging their emotions.

“God sets you free by his truth, not the lies of pithy one-liners.”

A CONVERSATION WITH SHANE PRUITT

What should a person who is being bombarded by some of these one-liners say in response?

Well, one thing that we definitely shouldn’t do is get into an argument or theological debate with someone who is sharing some of these clichés. Things rarely go well in those scenarios, because most of the time these one-liners are shared as an attempt to comfort someone during a really difficult time. For example, people usually don’t share the statement “God won’t give you more than you can handle” to someone that is going through a great season of life. Instead, that statement is usually directed towards someone going through some sort of suffering.

However, you should also not believe these lies, and instead hold closely to God’s Word (truth) that is infinitely better. These common superficial lies that we believe as Christians and pass off to one another as truth are not the least bit helpful when things get really hard. They are like sand to a thirsty man.

The best thing for you to do is get authentic and real about what is going on inside you. Respond to them with what you’re really feeling, but also respond to them in kindness with God’s truth. Be committed to move past the religious jargon and turn your focus back to the intended truth of the Word of God. Then and only then will you begin to walk in freedom, the sweet freedom that brings the beautiful comfort and transformational power to walk through any storm.

Some people may believe the lie that God doesn’t care about them because they grew up experiencing pain and neglect. How do you help move someone like this to accept that God is love and can be trusted?

There are some very real and tragic stories. The pain is real. The scars and wounds are all too real. Often, because of this, you may feel that you have no value or that you’re some kind of cosmic accident. There are far too many stories in which people have felt useless or unwanted. For example, after I spoke at a large student conference, a 17-year-old boy shared with me that his mom told him she had considered aborting him and she wished she would have gone through with it. Or consider the 13-year-old girl who told me about the time her father described her as “nothing more than an accident in the back seat of a car.” It is a perfectly human reaction to hear these kinds of things and feel useless, purposeless and unwanted. Even forgotten by God.

However, Scripture after Scripture, paints a very different picture that God has not forgotten you and that he wants you! He wants you so badly that he was willing to go to any length to adopt you into his family. The cross of Jesus Christ can be a constant reminder that he loves you so much that he bought you with the blood of his own son, and there is nothing more valuable than that. He placed extreme value on your life! He loves you. He wants you. God remembers you.

We’ve all been hurt by broken promises and let-downs. They hurt, they sting and they leave a wake of deep wounds. However, God always keeps his promises. If he says it, he will do it. He can be fully trusted. The Old Testament is one big promise that a savior, deliverer and rescuer was coming. There are over 300 prophecies (promises) in the Old Testament about the coming Messiah, and Jesus fulfilled every single one of them. God is the ultimate promise keeper! He told us that he remembered us, he loves us and he was coming for us. God has not forgotten you. He kept his promise to you. “It is he who remembered us in our low estate, for his steadfast love endures forever” (Psalm 136:23).

How many other one-liners did you discover in your research that you could’ve included in this book?

Unfortunately, there are a never-ending flow of one-liners and clichés that don’t line up with God’s Word. Sadly, we could fill bookshelves with these bad representations of God’s truth. The fact that many Christians believe these unbiblical statements shows our unfortunate overall biblical illiteracy. Instead of swallowing these popular statements hook-line-and-sinker, may we be like the Bereans in the book of Acts. When they heard Paul preach, they wanted to research the Scriptures themselves to authenticate what he was saying: “The brothers immediately sent Paul and Silas away by night to Berea, and when they arrived they went into the Jewish synagogue. Now these Jews were more noble than those in Thessalonica; they received the word with all eagerness, examining the Scriptures daily to see if these things were so” (Acts 17:10–11).