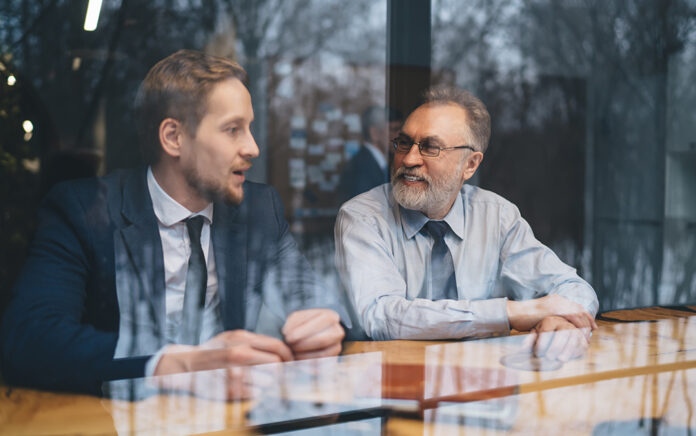 God’s leading can show up through a gradual transition to something known. Or to something unknown. Here are 10 successful transitions of people now serving in new ministry positions.

It seems like every normal assumption we have made about life, gatherings, the economy, and church has been thrown out the window in the pandemic. That has been concerning to me and upsetting to most. But it can be a great wake-up call for pastors who are considering a change in their current stage of ministry. Maybe it’s time to lean into disruption. Maybe it’s time to rethink everything about how to spend your next chapter.

We’ve studied a lot of pastors who have taken unpredictable turns in ministry and have found that God uses us in amazing ways that aren’t what we are used to when we lean into his calling rather than our own plans.

10 Options Beyond the Pastorate

Sometimes, God’s leading shows up through a gradual transition to something already known. Or sometimes you follow God’s lead into what is initially unknown.

Which will your story be? To expand your imagination through the ways God has worked through others, here are ten successful transitions of people now serving in new ministry positions and building up the kingdom with their gifts.

For nearly twenty-five years, David McKechnie served as Senior Pastor of Grace Presbyterian Church in Houston, Texas, one of the largest in the Presbyterian Church (USA). The church grew amazingly during his era, and when he retired at age sixty- five, he learned that he doesn’t sit still very well. He soon found a series of interim posts, helping lead churches while they searched for their next long-term pastor. Churches have been able to continue their reach and ministry amidst transition thanks to his help. Rather than leaving ministry altogether, it’s a great compromise and slower transition.

Soon a lot of churches will be left looking for leadership with the amount of turnover we’re already seeing in 2021. This could be an opportunity for you to continue to serve in a new capacity.

Frank Thomas served as the Senior Pastor for two remarkable congregations. Along the way, his churches invested in his ongoing education. He has four graduate degrees: MA, MDiv, DMin, and Ph.D.— and he earned the latter three while pastoring. This training made him a better pastor and preacher and prepared him for his current post in training future communicators. Today Frank runs a Ph.D. program in African-American preaching and sacred rhetoric at a theological seminary and is also an endowed-chair professor there.

The son of a Baptist minister, Mark Walker attended Baptist colleges and then entered into ministry, serving in various pastoral roles. He walked away from his church ministry knowing that he wanted to run for the House of Representatives. He won his first election having never held elective office previously and has been reelected twice since.

He misses ministry, but he felt a clear call to serve God through public service. He told us that it will help mitigate your grief in the transition if you know where you’re headed. He’s convinced that the call of his life doesn’t have to be limited to the local church and he has clearly served the Lord’s people outside of church doors.

Shawn Lovejoy seemed to have everything going for him. He planted a church that grew wildly, which also held annual conferences that drew hundreds of other pastors for training.

Fifteen years into his church planting dream, Shawn resigned to go full-time into facilitating leadership growth and organizational health for leaders. He discovered that he was passionate about leadership training, so he shifted to consulting other pastors. His courageous leadership has built up other pastors and churches to expand ministry opportunities.

Two weeks after getting married, Larry Stockstill was in Africa with his wife, Melanie. He spent the better part of two years with her in the “bush” of Ghana and Nigeria, often with no electricity and no running water. Missions is clearly in his blood.

He eventually came back to the States and served as senior pastor of Bethany Church in Baton Rouge for thirty years, all the while pouring energy and resources into overseas ministries, especially church planting.

Today Larry is the executive director of Surge Project, a worldwide church-planting movement that has planted over twenty-five thousand new churches since it started in 2000. Larry travels the world speaking to ministry leaders—and loves every minute. The shift from senior pastor to missionary ambassador was all part of the same divine call to him.

Dodie Osteen has seen a lot of miracles in her eighty-plus years. She’s prayed her way through the health challenges of a newborn daughter and her health crisis when doctors gave her only a few weeks to live. She prayed for a church that her husband, John, planted in the fifth year of their marriage, as it met initially in an abandoned livestock feed store. She continued interceding as the congregation grew into today’s 40,000-attendance Lakewood Church in Houston, Texas, now pastored by her son Joel.

Over the years she has set a tone of prayer at Lakewood, serving as a Prayer Minister, often holding prayer services for the sick and disabled. She has the mountain-moving kind of faith that believes a miracle will happen in the lives of the people she prays for. Affectionately known as Mama Dodie, she has been a pillar in the Christian prayer community for more than fifty years.

Many pastors who resign from a church come back, with the blessing of the new pastor and board, to specialty roles in the church. For thirty-four previous years, Kenton Benton served as Senior Pastor of Mariners Church in Southern California. The church saw great growth during his tenure. But Kenton realized that the day would come when he would have to pass the baton of succession to someone from a new generation.

The first step was for Kenton to discern what God wanted him to do next. His successor, Eric Geiger, and the Mariners board set up a pathway, and he reports that he couldn’t feel more fulfilled than in what he’s doing today.

Kenton helped implement a discipleship program—birthed in Africa—at Mariners Church, which is now used by hundreds of churches across North America.

Francis Chan planted and led a growing church in suburban Los Angeles. Then at the fifteen-year mark, he resigned to pursue a different type of ministry, one that he didn’t see with clarity at the time.

Today, he has more insight into where God was leading him. After his sabbatical travels, he moved to San Francisco and started a new church-planting network called We Are Church.

Francis believes this new chapter in his calling is exactly where God wants him for now. “The great movements around the world are not from one person preaching to thousands but by mobilizing hundreds and thousands of believers to trust the word of God and trust the Holy Spirit,” he says. “I really believe that’s the only way we’re going to reach the world.”

Jo Anne Lyon grew up with a great love for the local church. She married a Wesleyan pastor and soon began a total of thirty years of pastoral ministry, including co-pastor roles for her and being formally ordained to ministry in 1996.

What began in the back bedroom of their home grew into a Christian relief and development organization named World Hope International. Jo Anne stepped away from pastoring to give full-time to World Hope, serving as founder and CEO as the faith-based ministry expanded its efforts into more than thirty countries.

After twelve years with World Hope, Jo Anne was elected to lead the Wesleyan Church denomination globally, serving for eight years and then being asked to stay four more years as ambassador and general superintendent emerita. Along the way, she has also served various academic posts. She seems to be just where God wants her for this current chapter in her life.

Chaplaincies in their many different formats might be the most widespread option of all.

One example: Since 1984, Marketplace Chaplains has served public and private companies, small and large, in all industries in the US. These positions are staffed mostly by former pastors, some paid part-time and others full-time. Their goal is to take the love of Christ to the workplace, and when a person responds to the work of the Holy Spirit, to lead people to a saving knowledge of Jesus Christ.

Marketplace Chaplains is just one of many approaches to chaplaincy. Other similar groups exist, such as Corporate Chaplains of America, and of course many local organizations—such as large hospitals or large sports organizations—have their own routes for finding and hiring a chaplain. Many churches are also looking for a pastor who functions as a chaplain—maybe not in those words, but the qualities of a chaplain match well with the ministry focus desired by the church—someone whose primary focus is to care for the spiritual needs of the church’s membership through counseling, visitation, and caring for those in need.

What Should You Be Pondering?

Certainly, ministry options are not limited to this list. Pastors have sensed God’s call to move into any number of additional roles, including positions in the corporate world. And even if God leads your ministry to remain church-based until you retire, it’s wise to prayerfully ponder, “What role is God calling me to in my later years?”

If God is calling you to move onward, anticipate that whatever is next will build on everything he’s done in your life and ministry thus far. Remember, it’s all interim work. The sooner you can get your mind around that point, the sooner you can start praying and thinking about what happens next.

Change doesn’t have to be a bad thing. We’ve all been rethinking life at deep levels since our global disruption in 2020. Maybe God can use this disruption to help you discover a new and more fruitful next chapter than you would have ever thought otherwise.