Home Resources 3 Startling Stats That Reveal How Much the Church Has Changed This... 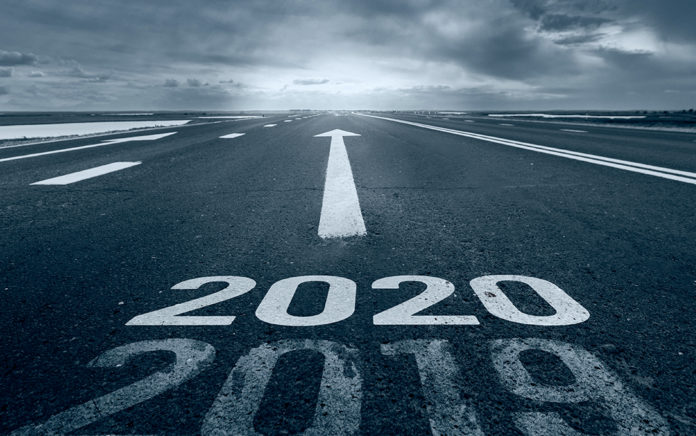 The surprising trends that signal where the church is headed

When you’re in the middle of a disruption, it’s hard to know exactly what’s changing, let alone how deeply or permanently things are changing.

As 2020 soon draws to a close, there are three numbers that, at least for me, show how quickly, radically and perhaps permanently the church is changing.

As you look through these numbers, you may feel the temptation to explain them, dismiss them or even come up with reasons why the trends don’t apply to you.

I get it. And I empathize.

I’ve heard so many leaders spend 2020 saying things like:

People have always gathered in person, and they’ll gather again as soon as possible.

I’m the exception to the rule. I can get people to come back.

This is the CHURCH … in-person gatherings are here forever.

These numbers below paint a different story. One that wise church leaders may want to act on now while there’s still time to pivot.

In this article, I shared five reasons the church has left the building and where future church attendance is heading.

Even when the truth isn’t what you want to see, the truth is still your friend. There are so many numbers floating around right now, but these three in many ways clarify the trends we’re seeing right now. And, as shocking as they are, they can help you prepare for a very different, but also very promising, future. At least that’s my hope.

In Tony Morgan’s Q3 UnStuck Church Report, he shares that among churches his team surveyed, in-person attendance is 36% of what it was pre-COVID.

No leader entered 2020 saying “I hope we’re at 36% of where we are right now by the end of the year.” But that’s exactly what’s happening.

What makes this more interesting is who was in the survey. Of the 261 churches Morgan’s team surveyed, 34 churches were under 100 in attendance and 34 were megachurches. The average pre-COVID attendance of the surveyed churches was 961. This means that the report skews to much larger churches than average (961 is more than four times the size of most churches in America), and perhaps churches that were experiencing more momentum than average (being previously at almost 1,000 in attendance).

For sure, you can find cases of churches who have seen 50% in-person attendance rates, and I’ve heard of a few that top 70%. But again, no one started the year thinking “losing 30% would be such a win.”

I’ll also give you the fact that at some point, those numbers will rise again after COVID disappears.

From Outreach Magazine  Try This: Hold a Cake-Decorating Class

But before you pull out the streamers and party hats, read a little further. Other trends from our friends at Barna show more deeply seeded trends that will play out in the future.

The Q3 Unstuck Church Report also revealed that only 21% church leaders agreed that they have a “well-defined digital ministry strategy to engage with people who are outside the church and outside the faith.” In other words, almost 80% don’t.

There’s a lot of work to do here.

There is evidence a lot of church leaders are stuck right now in the emerging trap of doing nothing well as they straddle both in-person and online ministry. I outline three reasons why that’s such a dangerous trap in this article.

So what’s the takeaway?

Most church leaders have the highest levels of staff and budget going to an area where they are seeing the lowest returns. That’s not a sustainable long-term strategy.

So how many people are coming back to in-person gatherings when COVID is over?

It’s easy to think “Well, this is just an unprecedented year. Things will get back to normal soon.”

Maybe, except it’s hard to go back to normal when normal is disappearing.

The very low attendance numbers that many church leaders often dismiss as medical (i.e., caused by COVID) may actually be a much deeper cultural and generational shift than we realize.

A further drill down shows that parents are looking at hybrid options (combination of in person and digital) more seriously than non-parents. And that women are more open to digital church than men.

Crisis is an accelerator, and so many of the trends we’ve been seeing over the last few decades are now happening faster than ever, in real time.

The digital genie is out of the bottle.

Here’s the challenge with not changing: vaccines can’t solve cultural and generational shifts. Innovation will, but vaccines won’t.

3. 30%—The Percentage Point Gap Between Boomers and Gen Z

From Outreach Magazine  When Two Lesbians Come to Your Church

71% of Boomers say they want primarily in-person church attendance after COVID is over. For Gen Z, only 41% prefer primarily physical gatherings in the future. That’s a 30-point gap.

A 30-point gap is a large gap … and here’s how it might be impacting your leadership.

Look at the composition of many church boards, senior leadership teams and key donors (or even volunteers), and you might get some group-think going based around your own personal preferences: doesn’t everybody want to come back to attend in person? According to this research, that’s exactly how older adults would think.

Except it’s not reflective of anyone under age 55.

If you think Gen Z is an anomaly, again, look at the chart. Only a minority of Millennial, Gen Z and even Gen X want to primarily gather in person in the future. The changes happening right now in church attendance preferences are not just cultural, they’re generational.

So what can you do?

First, get some young leaders around your table. Don’t just get them sharing opinions … get them making decisions.

Second, rethink the allocation of resources you’re spending on in-person gatherings versus online ministry. You’ll make your own choices, but most churches are spending less than 10% of their time and budget on the very thing that will probably give them the greatest potential for the future—a strong online presence.

In many ways, this confirms what you already know. Regular church attendance has been dropping for decades. The crisis appears to have accelerated that.

In person isn’t going away. But it likely won’t play the role it used to even as recently as a year ago.

For the full Barna and Stadia report on how the generations are processing this moment and the future, you can go to Barna.com/DigitalChurch and download the “Six Questions About the Future of the Hybrid Church Experience” research journal (Using the code CAREY10 will give you a discount on the journal or Barna Access. Thanks to Barna for providing this for our leaders.)