Home Features Why a Clear Succession Plan Is Essential 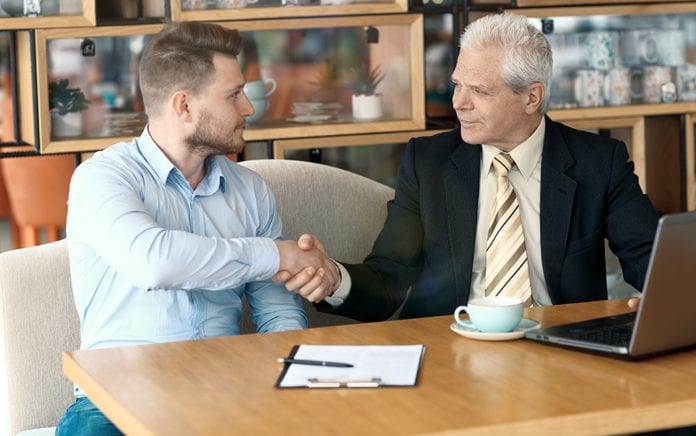 Having a clear succession plan laid out in your church’s bylaws is a must.

In October 2010, Pastor Joel R. Peebles Sr.’s mother passed away, leaving him the successor of his family’s church. Unfortunately, tension arose between Pastor Joel and the board of elders to the point that in April of 2012, the board voted him out. He didn’t know he had been removed from office until he arrived at the church to teach at their regularly scheduled Wednesday Bible Study and was met by police officers.

The police officers told Pastor Joel he had to leave the property to avoid being charged with trespassing. The worst part of the situation was that he could do nothing.

The church his parents worked so hard to build was taken from him, even though he had the support of an overwhelming majority of the congregation.

Unfortunately, this is not the first time we at StartCHURCH have heard of situations like this. Many pastors ask us about what to do if something like this were to happen to them. The answer goes back to the governing documents of the church—especially bylaws. Let us take a look at how this happened at Pastor Joel’s church.

In 2009, near the end of his mother’s life, she appointed a new board of elders. She also made it clear to the board that she wanted her son, who preached every Sunday, to succeed her as lead pastor.

Although she made her desire clear, there was no legally binding documentation that stated the succession plan to the pastorate. There also was no documentation to approve her son as a board member.

With no documentation, it was only a matter of time before the board of elders dared to make a move as the one they made in April.

Unfortunately, there are thousands of churches in the same predicament, and they don’t know it because they have never had to transition through a succession. Even megachurches are encountering this issue.

Many founding pastors assume their church board would honor any expressed verbal desires at the time of their passing, especially regarding their succession. Yet, all too often, that is not the case. I have said this before, and I will say it again. Just because they love you today does not mean that they will love you tomorrow.

HOW TO ADDRESS SUCCESSION IN YOUR CHURCH

I cannot stress enough the necessity of forming strong bylaws that deal with each of the above-mentioned items. Let us take a closer look at them.

From Outreach Magazine  Bryan Loritts: Diversity Is Not a Fringe Issue—Part 1

As the lead pastor of a church, regardless of the size, you should consider the fact that succession can happen at any time. We often hear the phrase that the vice president of the United States is only one heartbeat away from the presidency. The same is true for the pastorate of your church.

As a matter of faithful stewardship, part of your job as pastor is to make sure that if you pass on, the church will be in the hands of the right person. When I think of good successions, I think of Moses and Joshua, David and Solomon, and Billy Graham and Franklin Graham, to name a few. While this list can be very long, on the flip side, a longer list can be compiled of bad successions.

So how can you make sure a positive and effective succession takes place at your church? Be sure the process and wording in your bylaws is clear. Below are three necessities that will safeguard the process.

• Establish a process that allows the board to choose a successor only if the successor you select does not want to accept the position.

• Do not name your successor in the bylaws.

After looking at the affairs of thousands of churches and holding hundreds of conversations with pastors and board members, a consistent thread runs through the relationship that pastors have with their boards concerning disagreements. Rarely are decisions made with clarity and civility. I have met many founding pastors that have been removed by their board. In all cases, the stories behind their removals are confusing, convoluted and downright messy.

To avoid such circumstances, your bylaws should have an article called the accountability board. This is a special board that serves two purposes: to provide aid, comfort and accountability to the pastor; and to also serve as a judiciary board that decides whether the pastor will remain in office or be removed.

If this concept is unfamiliar to you, let me explain.

• The accountability board cannot have any members that are related to the pastor.

The members of this board are nominated by the pastor and then confirmed by the board of directors. This means the senior pastor/president shall carefully select the members. These ought to be people that he or she trusts and that love him or her enough to tell the truth.

To properly implement the accountability board, the senior pastor/president needs to select three individuals and ask them to serve. If they accept, they fill out a special form and sign it to indicate that they wish to serve on this special board. The board of directors then vote to confirm the nominees.

WHAT HAPPENED TO PASTOR JOEL?

After a three-year battle in court, Pastor Joel was restored to Jericho City of Praise. Judge Nash of the appeals court invalidated the authority of the church board to fire him.

Although everything worked out in the end for Pastor Joel, there is a valuable lesson to be learned. Unclear bylaws and succession language caused a three-year tumultuous battle that split an awesome church. While I am confident that Pastor Joel will do a fine job, the church experienced setbacks that will be difficult to overcome for many years to follow.

I will end by asking you a few questions to consider: Are you confident in the strength of your church’s bylaws? Do your bylaws contain proper language about succession and removal?