Home Resources Books Change Versus Transformation in the Church 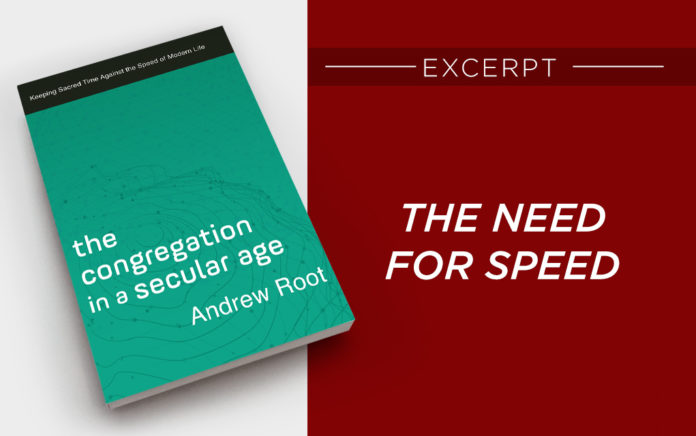 Excerpted From ‘The Congregation in a Secular Age’ (Baker Academic)

Excerpted From
The Congregation in a Secular Age
By Andrew Root

Being too fatigued to be the church is a challenge. Its most popular solution is change. Perhaps change is needed, but the pursuit of change, the need to recast an identity, runs the ever-present risk of producing depression. If we fail to keep up, finding ourselves falling behind, depression will meet us. This fashions in us the very opposite disposition than what is needed to meet the challenges brought by changes in our culture.

For church consultants and denominational leaders to call congregations to change is to risk something significant. It opens them to communal depression, producing the opposite of what they need to meet their challenge: despondency. Church consultants risk moving the congregation into a vicious cycle that is too often misunderstood as a straight line. The consultant is often called in when a congregation either has fallen behind or is too obdurate to meet the challenges of a changing world. The consultant leads the congregation in a process of speeding up, offering new models to speed them up to meet change. And then leaves, moving on to another congregation needing change. That feels like a straight line.

Point A: the church is stuck
Point B: give it the strategies to get unstuck
Point C: so that it can meet the speed of change
Point D: move on (and return periodically to tweak the strategies, asking the congregation to speed up further, then move on again)

But once the congregation is up to speed, it needs to forever maintain that speed, but also continually increase the speed year after year.

Modernity is the constant process of speeding things up. Modernity demands that things increase speed. If we’re not careful, to diagnose the church’s issue as the need for change is to cover it in the core commitments of late modernity itself. If the consultant raises the church to a new speed, this yokes the congregation to always be speeding up to meet the never-ending change that will always remain on the horizon, a carrot forever out of reach. Speed is the supposed gift of late modernity that can quickly turn into a depressive curse.

Change is almost always considered to be some kind of growth, and in late modernity that which grows must continually grow. Modernity is about change because it is about growth. It takes a lot of work, and a whole different imagination, to disconnect change from growth. Untying the two leads to something completely different: transformation in the Spirit. Being the church is about transformation, not change. Though on first blush these seem synonymous, transformation and change are quite different.

From Outreach Magazine  This Is Not a Drill

Transformation, in the Christian tradition, comes from outside the self, relating to the self with an energy beyond the self. Because transformation comes from an energy outside the self, it invites the self into the new as a gift, as grace. It demands no increase for continuation, no energy investment to receive it. Transformation is the invitation into grace; it comes with an arriving word, “Peace be with you” (John 20:19). Transformation is not the necessity to speed up but the need to open up and receive. Change, on the other hand, comes from within the self. Change makes the self into something new, using the power and the effort of the self: it is produced by the energy of the self.

Transformation and change have significantly different relationships to time. Change seeks to catch up to and possess time. Transformation is an experience of encountering the fullness of time. It is to feel a resonance, not speeding up to change but remaining open to transcendence. Transformation feels something like the full moment of the four-year-old saying to no one in particular, but instead as a proclamation of her existence, “That was great!” That felt full, it was good, I felt connected and moved, and yet at rest. She wasn’t racing to catch up to change but instead fully relating to the world as a gift.

When we push for change, if we’re not careful, we impose modernity’s pursuit of growth, which risks congregational depression by thrusting it into a vicious cycle we don’t often recognize. The vicious cycle is endemic to modernity itself. Modernity, at its core, asserts that all pursuits must be primed, mathematically speaking. The equation is always something like M + C = M2, money plus commodity equals money prime, meaning money increased. You don’t invest money to lose it; the point is to get more. This is how late modernity is structured. The same equation works with the modern research university, where knowledge plus research equals knowledge grown (K + R = K2). The point of learning, in late modernity, is not to encounter a mysterious world unveiled by that learning. Rather, the point is to prime knowledge. It’s to create more and therefore to advance. Those who publish fastest win.

Excerpted from The Congregation in a Secular Age by Andrew Root, ©2021. Used by permission of Baker Publishing BakerPublishingGroup.com.