Home Resources Books Jonathan Edwards and the Aftereffects of the Awakening 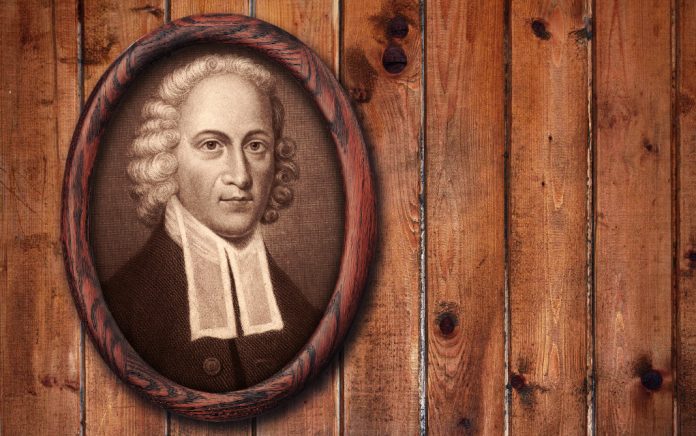 True religion consists in the movement of one’s will toward obedience to God.

Most people who know something about Jonathan Edwards know that his most important book was A Treatise Concerning Religious Affections. Published in 1746, it was originally a sermon series, based on 1 Peter 1:8, preached to Edwards’ Northampton congregation during the winter of 1742–43. That timing was important: The first sermonic version was delivered right at the end of the Great Awakening as Edwards was sorting through the pastoral effects of the revival.

Even more important was his purpose. In the sermons, Edwards dealt with the spiritual pride and apathy within his congregation after the awakening. As he later related to a Scottish correspondent, Thomas Gillespie, Edwards worried that the congregation was rife with spiritual arrogance.

“The people … are become more extensively famous in the world, as a people that have excelled in gifts and grace, and had God extraordinarily among them: which has insensibly engendered and nourished spiritual pride, that grand inlet of the Devil into the hearts of men, and avenue of all manner of mischief among a professing people.”

Of course, the way Northampton became famous in evangelical circles was through Edwards’s own writing about the awakening of 1734–35. He expressed to Gillespie, “There is this inconvenience [that] attends the publishing of narratives of a work of God among a people: such is the corruption that is in the hearts of men, and even of good men, that there is great danger of their making it an occasion of spiritual pride.” As pride crept into the congregation, people became satisfied with their spiritual attainments and left off pursuing hard after God. Apathy was the result.

Edwards had a second concern that led him to preach the sermons that became Religious Affections. As he put it memorably, “Another thing that evidently has contributed to our calamities is, that the people had got so established in certain wrong notions and ways in religion, which I found them in and never could beat them out of.” In particular, the Northampton congregation had two sets of “wrong notions.” The first wrong notion was

“laying almost all the stress of their hopes on the particular steps and method of their first work, i.e., the first work of the Spirit of God on their hearts in their convictions and conversion, and to look but little at the abiding sense and temper of their hearts, and the course of their exercises, and fruits of grace, for evidences of their good estates.”

For generations, New England Calvinists had sought salvation according to particular steps: moving from preparation through conviction and humiliation to closing with Christ. Evidentially, Northampton believers had the same mindset, which meant that they put more stress on the steps to salvation than on the evidence of God’s grace in their lives.

The second wrong notion was Northampton believers’ inability “to distinguish between impressions on the imagination, and truly spiritual experiences.” When Edwards came to Northampton in 1727 to serve as an assistant minister for his grandfather Solomon Stoddard, he found people ready “to declare and publish their own experience; and oftentimes to do it in a light manner, without any air of solemnity.” As he worked with the congregation, he became increasingly convinced that much of their spiritual growth that occurred during the revivals was ephemeral. What many had taken for conversion was actually impressions on the imagination accompanied by bodily effects and not truly spiritual experience. As a result, a large number of his congregation was spiritually deceived.

After Edwards had preached the sermons, though, there was a published challenge to the Awakening—its benefits, reality and success. Early in 1743, Charles Chauncy, pastor of First Church, Boston, and leader of the protoliberal “Old Lights,” produced Seasonable Thoughts on the State of Religion in New England. Chauncy argued that the social effects of the Awakening—which produced all types of moral license—demonstrated that it was no “work of God.” Chauncy’s book provided Edwards an additional referent as he transformed his sermons into a treatise.

With these two contexts in mind—his own congregation’s spiritual pride, apathy and confused notions about true religion, alongside Chauncy’s evident misunderstanding about genuine spiritual life—Edwards slowly worked to transform his sermons into a book. As he did, he continued to work with an idea that “true religion, in great part, consists in holy affections.”

What did Edwards mean by “affections”? That is not an easy question. All too often, people suggest that he meant something close to emotions. But affections are not exactly emotions; rather, Edwards said that “the affections are no other, than the more vigorous and sensible exercises of the inclination and will of the soul.” Likewise, affections are not “passions.” In 18th-century philosophical parlance, passions were irrational and out-of-control emotions that were to be avoided at all costs; and affections were not irrational, but rational, deeper springs of action. To understand what this means, one needs to step back and understand a little bit of how Edwards thought about being, the philosophical commitments we call ontology.

For Edwards, in order for something to have being or existence, understanding and will are required. And this being—summed up in the interplay between understanding and will—finds its expression in habit or disposition. As philosophical theologian Sang Hyun Lee has explained, habits are not thoughtless ways in which actions are carried out; rather, “the habit of mind, for Edwards, functions as the very possibility of rationality and moral action.” Edwards held that

“all habits [are] only a law that God has fixed that such actions upon such occasions should be exerted. … So in the first birth it seems to me probable that the beginning of the existence of the soul, whose essence consists in powers and habits, is with some kind of new alteration there, either in motion or sensation.”

That is to say that human existence, human being, consists in habits or dispositions that act when there is some motion or sensation brought to bear upon them. Or, to use the language of Lee, “Habit is, rather, an active tendency that governs and brings about certain types of events and actions.” It is important to recognize that Edwards used other words to stand in for habit or disposition, including inclination, temper, principle of nature, and sense of the heart. So when he defines the affections as “the more vigorous and sensible exercises of the inclination and will of the soul,” it is the same thing as saying that the affections are the exercises of habit or disposition that have been moved to act by sensation. That definition, rightly understood, is key for grasping what Edwards was saying about the Christian life.

From Outreach Magazine  Cara Meredith: The Color of Life

Still, Edwards was careful to note that not all affections are positive, nor are they all vigorous. As the understanding and will evaluate certain sensations, there will be reactions: approval or disapproval, approbation or disapprobation. Sometimes the approval or disapproval is such that the individual is largely indifferent; he is not affected by the sensation in a way that moves him to action. But at other times, the sensation affects someone to such a degree that one’s body is engaged and one’s will acts decisively. It is also important to say that the will and the affections are not separate. Rather, the affections are better thought of as a set of vigorous reactions to sensation or stimuli that bring about the will’s exercise. If the will remains in a state of indifference, then one can say that it is “unaffected.”

Now, all of this simply speaks to the nature of affections. It does not yet get someone to a “religious affection,” but it seems obvious how Edwards would use this understanding. True religion—real, vital, biblical Christianity—consists in the movement of one’s will toward obedience to God. But how does that happen? The will moves toward obedience only when and insofar as it is affected. And when a spiritual or religious sensation brings about an exercise of one’s will (or habit, disposition or inclination) so that the individual obeys God, that is a holy affection.

Even more, if an individual professes faith in Jesus, but does not evidence the regular exercise of the will so that there are new spiritual practices and attitudes that conform to Scripture and does not display a “fervent, vigorous engagedness of the heart in religion,” then there should be a legitimate question whether or not there is real spiritual life. “That religion which God requires, and will accept,” Edwards observed, “does not consist in weak, dull and lifeless wouldings, raising us but a little above a state of indifference: God, in his Word, greatly insists upon it, that we be in good earnest, fervent in spirit, and our hearts vigorously engaged in religion.” As our hearts are affected, the will moves to engage in holy practices—this is true religion. But if not, “if we ben’t in good earnest in religion, and our wills and inclinations be not strongly exercised, we are nothing.”

And so, fervent, vigorous and habitual movements of the soul that produce holy practices characterize the Christian life.