Home Resources Books Who Was Mary From Magdala? 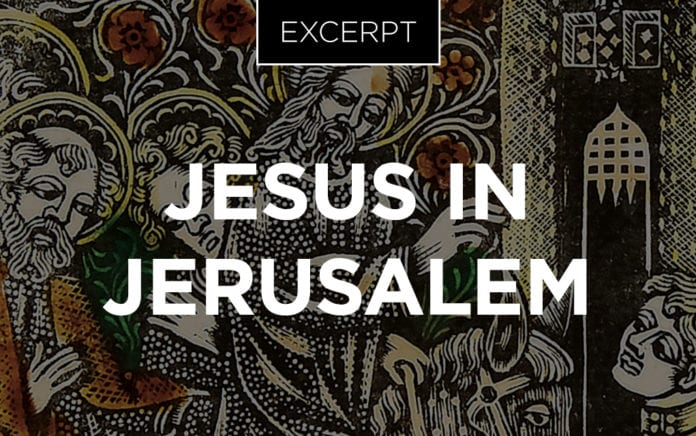 We don’t know many details about Mary Magdalene, but here are the things we do know from Scripture and other sources.

Excerpted From
Jesus in Jerusalem
By Eckhard J. Schnabel

Mary from Magdala, or Mary Magdalene, is mentioned first in the lists of women disciples of Matthew, Mark and Luke. John mentions Mary Magdalene in third place among the women at the cross (after Jesus’ mother and Mary the wife of Clopas), and as the only woman at the empty tomb (John 20:1), as the woman who reported the fact of the empty tomb to the disciples (John 20:11–17), returning to the disciples to report her encounter with the risen Jesus (John 20:18). Mary from Magdala must have been of special importance in the early Christian communities.

Mary was “called Magdalene” (Luke 8:2) since, as Miriam/Mary was the most common female name among Palestinian Jewish women, she needed to be distinguished from the other Marys mentioned in the Gospels and known in the earliest churches. She was from Magdala (or Magadan/Dalmanutha), to be identified with Migdal Nunnya (Tower of the Fish; mod. el-Mejdel) on the western shore of the Sea of Galilee about 3 miles (5 km) north of Tiberias. The term “tower” refers to the promontory of Arbel which towers over the site, or to some monumental tower that gave the name Migdal to two distinct areas of the same settlement called Taricheae (“factories for salting fish”) in Greek and Latin sources. The Greek name of the town indicates that Magdala/Taricheae was an important center for fishing and for the export of salted fish.

Mary from Magdala is described by Luke as belonging to the group of women disciples who accompanied Jesus and the Twelve: She was the woman “from whom seven demons had gone out” (Luke 8:2), surely healed by Jesus. The statement that there were women who provided financially for Jesus and the Twelve and women disciples who traveled with them (Luke 8:3) probably relates at least to Joanna and other women, but not necessarily to Mary Magdalene. One can argue that Mary Magdalene had to be named by Luke in 8:2 because she was the most prominent of Jesus’ women disciples, and so may not have been notable among those who made financial contributions. The fact that Luke mentions the husband of Joanna (Chuza), but no husbands of Mary Magdalene and Susanna does not prove that they were single or widowed. If Mary Magdalene had a husband who did not accept Jesus’s ministry, she could have left to follow Jesus on her own (and Luke would have no need to distinguish this Mary from the other Marys by mentioning her husband). On the other hand, since Mary from Magdala had been possessed by seven demons, which Luke specifically, and perhaps suggestively, mentions, she may never have been married, or, if the demon possession occurred while she was married, her husband could have divorced her. But this is all speculation. To connect Mary from Magdala with the sinful woman of Luke 8:35–50, with Mary in Bethany (Mark 14:3–9; Luke 10:38–42; John 12:1–8), or with the adulteress of John 7:53–8:11 has no basis in any text.

From Outreach Magazine  Restoring Broken Trust With the Lapsed

Mary from Magdala was a witness of Jesus’s crucifixion, burial and the empty tomb, and she was the first person to see the risen Jesus according to John 20:11–17. As a named witness of these pivotal events, Mary from Magdala belonged to the circle of women who “remained accessible and authoritative sources of these traditions as long as they lived.” Her importance suggests to some that “Magdalene” is not merely a reference to the city which was her hometown but simultaneously a nickname (“the Tower” ) that expresses her prominent status in the early church.