Home Resources Books How to Grow Your Confidence As a Leader 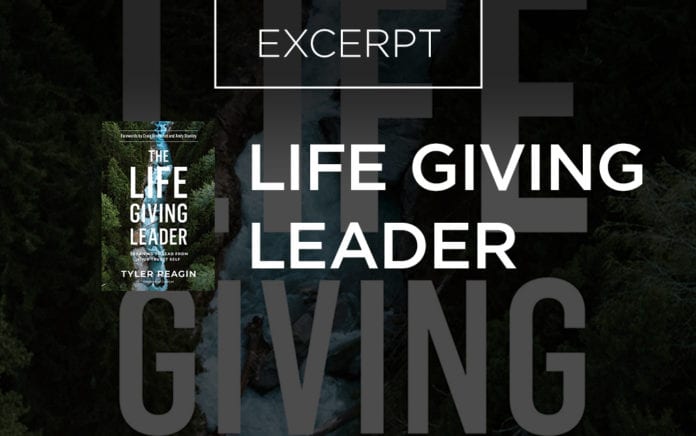 Here’s how to lay a biblical foundation for confidence in leadership.

Excerpted From
The Life-Giving Leader
By Tyler Reagin

What if you’re not a naturally confident person but you’re called to leadership? What will you do when your calling places you in a situation you feel singularly unqualified for?

Conversely, what about leaders whose confidence has turned to arrogance? Is having too much confidence a danger? Are arrogant leaders guilty of doing the right thing in being confident but taking it too far?

In The Life-Giving Leader, I’m presenting the ideal for leaders. This gives us all something to aim for as we develop as leaders. A leader operating at his or her full potential will change the game more than a leader who is bogged down in one of the stages. When you reach a level of strength in your leadership, you’ll know it because it feels as if you’re firing on all cylinders. It’s awesome. The reality is that we have to pursue the ideal even when we aren’t hitting the target. Having too much confidence should not be a top worry. Lacking confidence should.

Here is the first step in building confidence.

Lay a Biblical Foundation for Your Confidence

While confidence is critical to good leadership, misplaced confidence will eventually turn against you. Paul stated boldly that God called him as an apostle. He wasn’t saying that he was confident in his ability to pull off apostleship. Instead, he was saying God called him, so he was then free to travel the known world as an apostle of Christ.

This might seem too obvious to mention, but it’s far from obvious. Our culture makes it difficult to believe in things unseen. Rather than putting our faith in the unchanging truth of God, today’s culture would have us trust only the things we can see, hear and touch.

We can’t see God, but we certainly sense his calling. That sense of calling is as real as anything else, but it’s not a signed contract on file at the county recorder’s office. Still, Paul didn’t hesitate to follow God’s call even though his best-known achievements prior to this were as a standout Pharisee working to rid the world of Jesus followers. It’s true that Paul had encountered Jesus in a vision and had been blinded as a result. But that didn’t serve as proof to everyone (see Acts 9:13).

From Outreach Magazine  Breaking the Rules Like Jesus Did

Paul held to his calling, and over time he became the greatest first-century leader after Jesus Christ. His past, his previous violent work against the church and his long years of training as a Pharisee didn’t cause him to lack confidence in his role as a leader of the church and missionary to the Gentiles.

What about other giants of the faith? Hebrews 11 reminds us of Abraham, Moses, David and others whose names thousands of years later still define brilliant leadership. And every one of them led from a place of faith. They trusted that their obedience and focus on honoring God would not be in vain, even if they didn’t see the promised fruit in their lifetimes.

Then the author of Hebrews drops this amazing truth on us:

“Do you see what this means—all these pioneers who blazed the way, all these veterans cheering us on? It means we’d better get on with it. Strip down, start running—and never quit! No extra spiritual fat, no parasitic sins. Keep your eyes on Jesus, who both began and finished this race we’re in. Study how he did it. Because he never lost sight of where he was headed—that exhilarating finish in and with God—he could put up with anything along the way: Cross, shame, whatever. And now he’s there, in the place of honor, right alongside God. When you find yourselves flagging in your faith, go over that story again, item by item, that long litany of hostility he plowed through. That will shoot adrenaline into your souls!” (12:1–3).

The reason I use Scripture as the foundation of my confidence is because people saw and recorded that Jesus predicted his death, was killed and then was raised from the dead three days later. He is worthy of our trust. When we keep our eyes on Jesus, we see people the way we are supposed to. We know to see people as his mission to love the world. That builds our confidence in how he wants to partner with us.

Take a minute to create a simple historical evaluation of your experiences with God.

Describe a time when God moved in your life in an unexpected way.

You build confidence over time. You gain confidence after seeing something prove to be trustworthy and true time and time again. Your golf swing. Your fly-fishing casting ability. Your artistic expression. Your skills as a parent. Your exercise routine producing greater health in your body and in your life.

All are confidence builders. When you trust that the principles in Scripture are true and that they work, your confidence grows, your belief in what God says is true grows. Moreover, your understanding of what God says about you becomes true to you on an experiential level. That’s when you start to crack the code on confidence.

Excerpted from The Life-Giving Leader: Learning to Lead from Your Truest Self. Copyright © 2018 by Tyler Reagin. Published by WaterBrook, an imprint of Penguin Random House LLC.