Home Resources Books Can’t Nothing Bring Me Down 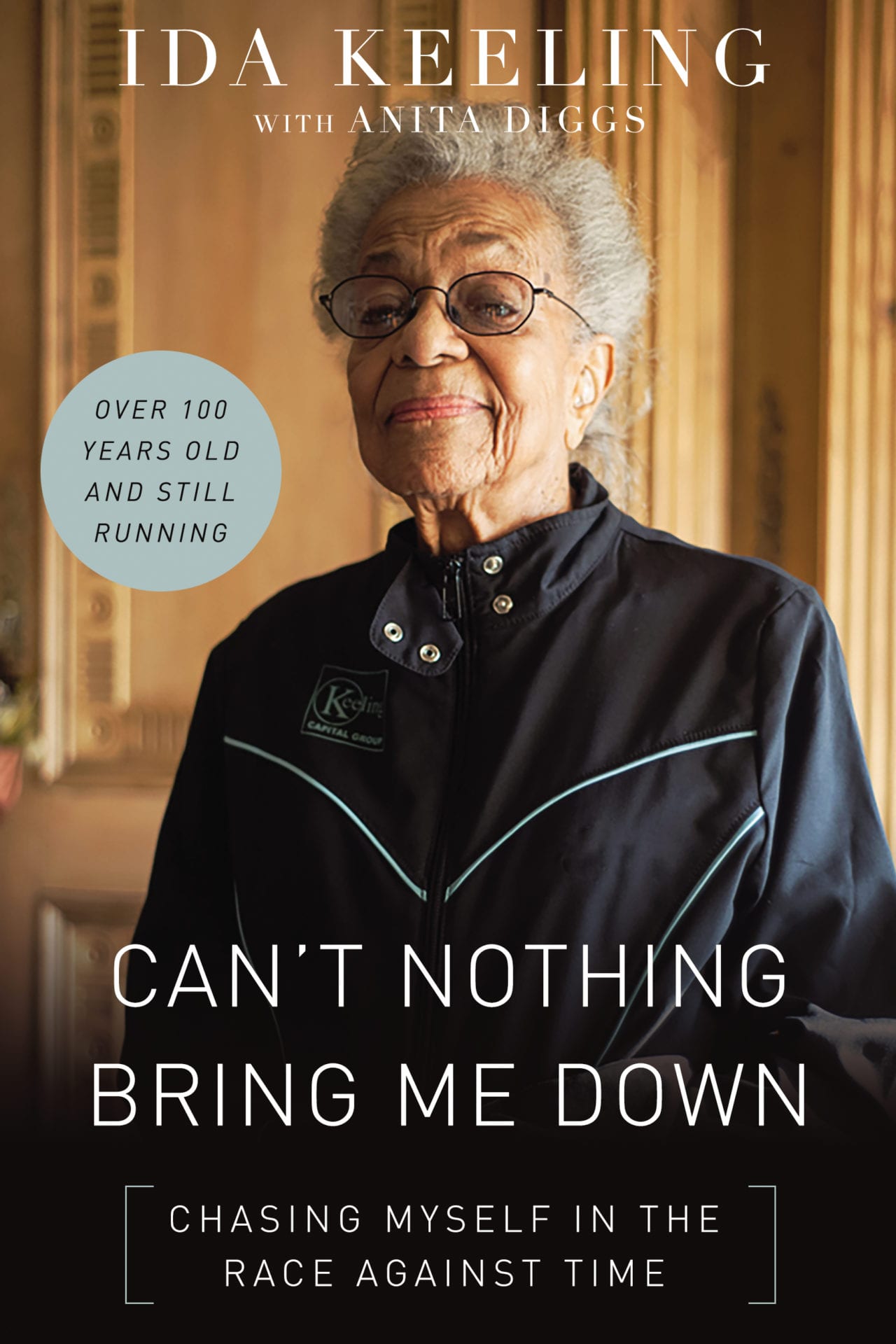 Ida Keeling: Chasing Myself in the Race Against Time

Can’t Nothing Bring Me Down
Chasing Myself in the Race Against Time
(Zondervan, 2018)

WHO: Ida Keeling, a former leader in the civil rights movement and an American track and field athlete.

SHE SAYS: “I hope that my refusal to surrender to devastation, heartbreak, and aging will move someone else to do the same thing: find a way to get up and create a new, full life.”

THE BIG IDEA: This inspirational memoir of a woman who, at age 102, is a world-record-holding runner, shares her insights on serving Jesus, fighting for justice and running the good race.

THE PROGRESSION:
This book is Miss Ida’s personal story, but it also reflects the social and cultural changes that have happened over the past 102 years. Describing life in New York City before 1920, she details what it was like to see soldiers go off to World War I (then World War II), to live through the Depression and to face racism both subtle and overt for decades.
As a single working mother, she was active in the civil rights movement as she raised four children and buried two. Many times she could have given up, but she pressed forward, trusting in God.
The book also details what happened when, at the encouragement of her daughter, Miss Ida began running as a way to heal. She didn’t stop running as she got older; on the contrary, she became a record-holder for her age group.

“Every night, I thank God for my many blessings, for his guidance, for his protection. And every night he tells me, ‘Miss Ida, you just keep on because I ain’t done with you yet.’”

A CONVERSATION WITH MISS IDA

Dr. King once said that the most segregated hour of Christian America is 11 o’clock on Sunday morning. Do you believe that statement is as true today as it was when he said it? Have churches gotten better about being more multicultural?

Churches may be more culturally diverse, but what people believe has become more segregated. There seems to be more hatred and less acceptance. ‎Now, everyday on television we hear about Nazis. Our differences are getting too much attention instead of focusing on the things that made us strong as a nation. We are one people under one God. That is where the attention should be.

From Outreach Magazine  Bono and David Taylor: Beyond the Psalms

In the early ’70s I visited my daughter Cheryl in college in Ithaca. Blacks and whites worshiped just fine under one roof in the churches and synagogues. In 1976, I visited her in Iowa; blacks and whites worshiped fine together there as well. ‎In the South, Texas and Alabama, when visiting my niece, the church had all nationalities that wanted to attend. but the membership was about 95 percent black. The white churches were the same.

So I think people today pick a church that has a message they believe, and people of all colors and backgrounds can come who want to hear that message. You go to church to hear about things that are happening that are important to you or affect your life. God ‎speaks to you through those events. MLK was right, and because people are growing apart even more, it does not seem like it will be changing any time soon.

You write that one thing we all have in common is wanting the best for our kids. How did God help you provide the best life for your children?

God was and is now always there for me. When I prayed for answers, I got answers. When I prayed for strength, God gave me that strength. He helped me face the very worst times with hope. I have prayed for everything [laughs]: jobs, enough food, enough money, safety and health. My children were never hungry, we always had a roof over our heads, we had enough money to get by.

When my sons were murdered, I leaned on and depended on God. You see, he sent relief, which was my daughter taking me on that first run. The death of my sons wasn’t because I stopped listening to God; it happened because they stopped listening.

What inspiration would you like readers to take away from your book?

What I would like people to take away from the book is to never lose faith in God. To trust and believe in him and his decisions, no matter how difficult they seem at that time. He restoreth my soul.