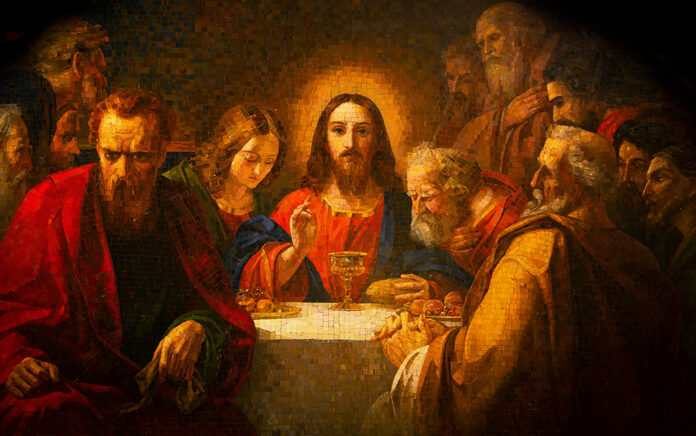 After loading my bag into the overhead bin, I pointed to the window seat with a smile.

“4C, that’s my seat” I said to the masked, elderly passenger with headphones on. I had a window seat this time and tried to scoot past his folded knees without any human contact. It’s always an awkward situation.

“So are you from here, or were you just visiting?” It’s a standard conversation starter for me when flying. It usually gives us something to talk about until the announcements come on and the conversation dies down on its own. Little did I know that we would be talking for the next two hours about deconstructing faith and reconstructing a faith that looks more like Jesus.

Paul is his name. He’s one of four children, VP of a company, has a grandchild on the way, just lost his mom this last year, and he likes vodka tonic—only on the weekends though.

“What do you do?” He asked while pulling down his mask to take a drink.

“I run a non-profit called The Doubters’ Club. They are gatherings around the world that are co-moderated between a Christian and a non-Christian. More often, it’s between a Christian and an atheist.” Without his mask on I could see his facial expressions fully now. Paul was very interested in the Doubters’ Club concept. I continued, “The goal of each group is to model friendship and pursue truth with one another. It is amazing to see people develop meaningful relationships with those who don’t think like them. And Paul, even if people don’t want to start a club in their community, we train them how to live it as a lifestyle. You know, with family and friends who can’t seem to get along . . .”

“You don’t have to tell me about that,” he said. “My brother is a liberal, and I’m a Republican. We hung up on one another 15 months ago after trying to talk about politics and haven’t talked since. Even when my mother died, we attended two separate funerals. And you want to know the kicker? My brother is a Buddhist! Shouldn’t he be all about apologizing for the sake of harmony?”

“Do you identify as a Buddhist, too?” I asked.

“No. I’m a non-practicing Christian. I don’t like religion and what it does to people. However, I have a Bible on my nightstand. I believe in Jesus, and I pray.”

After talking for a bit about his journey with God, I said, “Paul, if you believe in Jesus, you may have a responsibility to reconcile. Jesus didn’t just die for people who would have hung up on Him. Jesus died for the people who hung Him.” I gave Paul The Doubters’ Club book that I recently wrote and told him it should help him understand the importance of reconciling as well as show him how to have meaningful relationships with people he disagrees with.

“Okay, Preston,” he said. “I promise to call my brother and read your book.” With that, he ordered another drink, and we talked about how to stay in contact. I think we are getting together next time I’m in Richmond. At least that’s what he said in yesterday’s email.

Throughout our conversation, I realized that Paul has deconstructed his faith but has yet to reconstruct. And in order to reconstruct a faith that will be attractive to his brother, it will take deliberate Christlike action over doctrinal certainty. In the Doubters’ Club, we call this middle ground the “sobering stand still.” It’s when a person is sensible and thoughtful about their life but there is little movement toward Christlike action.

Lifeway Research shows that Paul’s situation isn’t exactly unique. After their teenage years, over 66% of churchgoing people drift into deconstruction. According to this same research, critiques of the church and faith are mainly due to the inaction of the church in areas such as racial justice, treatment of LGBTQ+ community, and hypocrisy. We often make the mistake of thinking that reconstructing our faith is all about developing better doctrines. When in reality, if the faith we reconstruct is not attractive to the non-Christian, it will eventually become unattractive to us all over again. My conversation with Paul on the airplane reminded me of this. Before we judge my friend Paul too harshly for not properly reconstructing his faith, let’s look at the three ways we can reconstruct a faith that looks as attractive as Jesus.

1. Reconstructed faith should participate in reconciliation, not in being right.

This immediately feels like a compromise. Even as I read that point, I find myself wondering, “isn’t truth what sets us apart?” The stats show that people are not leaving the faith because we lack in the area of truth; they are leaving the faith because there is a shortage in the area of love. And by love, I’m specifically addressing our need to reconcile with those broken relationships in our lives. Eventually, it would be great if people looked to the church for relational wisdom. As it stands now, it’s probably better that we focus on personally building relational bridges ourselves.

It’s fascinating that Jesus didn’t tell us that the world would know we are His disciples by how right we were. Or by how persuasive we were from the pulpit. Instead, He said that we will have the world’s attention by how we love one another (John 13:15). A reconstructed faith that thrives in the area of reconciliation will stand out now more than ever.

2. Reconstructed faith should restore dignity instead of labeling others.

There is a looming critique over Western Christianity when it comes to how we treat the minority. From topics of race and gender to how Christians treat those struggling in poverty, any faith structure that overlooks and stereotypes the minority needs to die out. My friend Greg Boyd always tells me to side with the skeptic when you can. This is one of those times.

When reconstructing faith, it is important that we shift our thinking from, “Here is why I’m not a_________,” to, “Here is how Jesus would treat a __________.” Every person deserves honor and dignity because every person is made in the image of God. Sin doesn’t remove the image of God from anyone’s life. In fact, James 3:9 tells us to steer clear from speaking ill of the person not like us for exactly this reason! Speaking of the power of the tongue, James writes, “With it we bless our Lord and Father, and with it we curse people who are made in the likeness of God.”

As the founder of The Doubters’ Club, I realize I have a bias with this one. For those of us who have deconstructed, questions and doubts are how we feel closest to God. It’s our way of making sure the relationship is personal. Plus, encouragement to ask questions from within gives confidence to those who are out. It makes Christianity very attractive.

We never find the apostle Paul demanding certainty. Instead, he is calling for perseverance in the face of uncertainty (Ephesians 6:18) and praying for his readers to participate in the mystery of the love of Christ (Colossians 2:2). The primary goal of reconstructing faith is not to resolve all our questions. Questions will always be present as long as faith is necessary to please God.

It’s in the doing of Christianity that we find our affections stirred once again for the things of Jesus. Of course, there are exceptions to the rule. But for the vast majority of reconstructing spiritual seekers, my new friend Paul reminds us that a reconstructed faith without works is dead.