Wesley Granberg-Michaelson: "As the West becomes post-Christian, non-Western Christianity is coming to the West."

Excerpted from From Times Square to Timbuktu: The Post-Christian West Meets the Non-Western Church
By Wesley Granberg-Michaelson (Eerdmans)

CHRISTIANS ON THE MOVE

When the World Council of Churches’ Central Committee, its governing body, meets in Geneva, members are housed in hotels near the Ecumenical Centre. A few years ago, when I was a member, we stayed at the Ramada Park Hotel. While the plenary sessions of the 150-member Central Committee were held at the Centre, various other committees and working groups met at the hotel. I would rent a car and drive to the plenary sessions, and after the meetings I would return to the hotel and find a parking space on the street two or three blocks away from the Ramada.

On one occasion, after returning from endless committee meetings dealing with budget deficits, structural reorganization proposals, reports of program activities, theological discussions on baptism and urgent human rights conflicts around the world, I was walking wearily from my car to the hotel. Suddenly sounds of boisterous singing, music and worship broke through this quiet, sedate Geneva neighborhood. It came from a community hall, a small building used for various functions and gatherings, just a block behind the Ramada. Curious, I wandered closer. A group of African immigrant Christians was engaged in a vibrant, spiritually exuberant worship service.

In cities throughout Europe and North America, thousands of congregations like these flourish today. Often, they are off of our ecclesiological radar even when they may be in the next block. My colleagues in the WCC, like me, had no idea that a group of African Christians was worshiping within a block of their comfortable hotel. Many would be surprised to learn that such congregations even existed in Geneva and elsewhere. They aren’t identified on the ecumenical map.

At the same time, those African Christians who, through various pathways, found themselves in Geneva and gravitated to this congregation, gathering in a community hall in the northwestern part of the city off of Avenue Louis-Casal, could not imagine that the World Council of Churches was meeting a block away. More precisely, most would have little if any idea of what the World Council of Churches is, or that it exists to nurture Christian unity throughout the world.

From Outreach Magazine  My Growing Consciousness of the Immigrant Experience

That accidental encounter made a lasting impression on my ecumenical journey. At the time I knew little about the presence of such congregations, comprised of strangers and sojourners in cities like Geneva, and in New York, Chicago and even Grand Rapids. As I walked away from that community hall into another WCC committee meeting in the hotel, I sensed moving from one religious world into another. Though a block apart, they were separated by a vast cultural, spiritual and theological divide and were unaware even of each other’s existence. It was hard to know how to even think about building a bridge.

Yet, another impression began to form. The gap between the churches of the global North and those of the global South, which had become a focus of my work in ecumenical travels throughout the world, was immediately at hand, encountered when parking my car. These major divisions in world Christianity, experienced geographically, spiritually and institutionally, were at our doorstep. Building a bridge between the churches of the global North, steeped in the tradition and catholicity of the Christian faith, and those of the global South, infused with a focused, contextual spiritual energy producing vital growth, could begin in the places I have called home—Chicago, Geneva, New York and Grand Rapids.

Migration is transforming the religious life of Europe and North America. This has always been so, of course. Religious migrants have shaped the history of Christianity in the United States. But attention needs to be focused on how that reality is continuing today, in ways often not fully understood or appreciated. The influx of immigrants particularly since 1965 has made the United States the most religiously diverse country in the world.

From Outreach Magazine  Leverage Tech to Advance the Kingdom

Commonly we view immigration as introducing large numbers of non-Christian religions into U.S. society. Important scholars like Diana Eck have documented the fascinating increase in religious practice in the United States, particularly in her classic work, A New Religious America, and in the Pluralism Project at Harvard University. Certainly stories abound about mosques springing up in cities once considered part of an American “Christendom.” Grand Rapids, Mich., a historic bulwark of Christian practice, education and publishing, now has three mosques. In 2010, the number of mosques in the United States was 2,106, an increase from 1,209 a decade earlier.

Buddhist religious practice seems almost commonplace in various regions. While accurate estimates of the number of Buddhists in the United States are difficult, they probably total between 1 and 2 percent of the population. But the United States is the top destination for the world’s migrant Buddhists, including more than half a million from Vietnam. 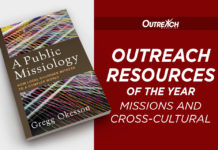 Outreach Resources of the Year: Missions and Cross-Cultural 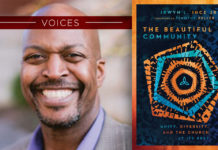 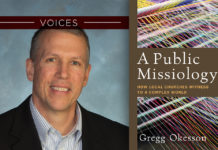