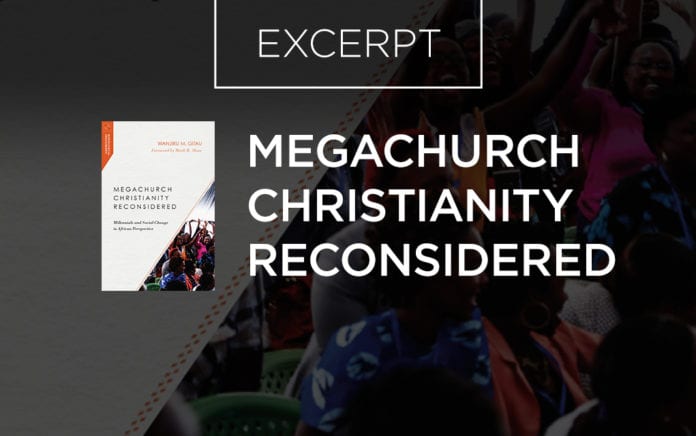 There are encouraging signs of economic development in some of the countries that were once considered third-world.

The modern era of economic growth, spanning from the industrial revolution through the 20th century, has brought high standards of living to Western societies. The majority of adults in the United States, Canada, Western Europe, Japan, Australia and New Zealand have a per capita income in excess of $55,000 per year, while the comparative income of those in the poorest nations, such as Niger, is $935. In light of this privileged status, Western street idiom is accustomed to dismissing trivial issues with the phrase “first-world problems.” The dismissal suggests that in view of the poorest countries where people are dying of hunger, disease and conflict, those in developed nations should not whine over petty problems. When the privileged think they are suffering, they should imagine, for instance, a Ugandan boy turned into a child soldier by the evil warlord Joseph Kony and instead count their blessings. Or so the logic goes.

The sentimentality of the phrase “first-world problems” is charming in its attempt to restrain sob stories in a world where structures of law and order work, where necessities of life and medical care are within reach and where grocery stores are extravagantly stocked. Yet these characteristics that make the first world “first” have implications worth thinking about, not least for Christians.

The labels first, second and third world come from the era after the world wars, between 1947 and 1991. The first world comprised those countries whose economies were already ahead of others through a capitalist mode of production. The second world, known for its socialism, represented those countries marked by state ownership of all means of economic production. The third world included countries that opted for a “third way,” different from capitalist and socialist states. These “third way” countries were also emerging from colonial domination. They chose not to be allied with either of the other two, as they were fixed on self-determination.

To fast-track their infrastructural development, however, these nations were granted large amounts of foreign aid through Western agencies such as the IMF and the World Bank or were controlled through the Cold War. Unfortunately, foreign aid eventually became a ball and chain, as intended autonomy morphed into a sinister dependency. A combination of factors, including the infamous economic fallouts beginning in the 1970s, Cold War–related civil conflicts and debilitating diseases such as HIV/AIDS, malaria and tuberculosis, curtailed development agendas. The ill-advised structural adjustment programs and heavy debt obligations to successive generations made matters worse. The label “third world” became synonymous with poverty and suffering, and the conscience-stricken Western world evolved into not only an aid donor but also a humanitarian benefactor of the deprived third world.

The third world, especially Africa, is scarcely able to live down this antipathetic label. Yet as we have seen, a new narrative is overriding the pessimism. Although development agendas were not wildly successful, the cumulative and collective impact of decades of aid and development investment—plus the sheer sweat of ordinary Africans—has produced a measure of forward movement, including expansion in education, stabilizing of democracies and economies, increase in modern infrastructure and budding technological innovations. The millennium development goals (MDGs), one of the measures used to mark visible reduction in poverty between 1990 and 2015, make a good case for the point at hand. Although they engendered cynicism and, in some cases, remained a mirage, the MDGs’ global mobilization was successful in showing that more than a billion people have moved out of extreme poverty in the 25-year period.

The youth bulge in Africa, as well as the corresponding young-adult bulge in Asian and Latin American countries, is a key indicator. Everywhere child mortality rates have dropped drastically; literacy rates are now at an all-time high of over 80 percent. Across Africa and globally at least 5 billion people have reached the first rung of economic development, one step above extreme poverty. According to economists, at least 5.7 of the world’s 7.2 billion people now live in countries where life expectancy is on the rise. The incidence of extreme poverty is shrinking, both in absolute numbers and as a proportion of the world’s population. Economist Jeffrey Sachs maintains that economic development is real and widespread.

From Outreach Magazine  A Biblical Alternative to the Culture of Scarcity

I cite the global developments here to make a point. Whatever theories we would apply concerning modernization in Africa and the rest of the Global South—and there are quite a few books on that—even the most skeptical should be able to see that transition is taking place from impoverished, primordial worlds into those which will increasingly resemble the Western world. It is not a fait accompli, but it’s heading there.

Of all people, Western Christians should have seen this transition out of poverty coming. They were in the business of transforming African, Asian and Latin American life long before the interventions of guilt-driven and self-interested Western governments. Right from the start, missionaries discovered that they could not preach the gospel without attending to material needs. Scholars of world Christianity such as Lamin Sanneh observe this fact well. By the time missionaries came to the Global South, it was assumed that the gospel that had made Western nations prosperous could do the same for other nations. Missionaries therefore devoted themselves to providing medicine and education as accompaniments to preaching. Granted, their rationale was to lift people out of “backwardness” and lead them to recognize that the source of these blessings was God, so they would worship him. Still, it is to the credit of missionaries, at least in Africa, that by the time most colonized nations achieved independence, there was an educated cohort to take over from colonial settlers.

In postcolonial Africa, Christianity has always had a special relevance in bettering the social conditions of local communities. Christianity has taken the lead particularly in getting people out of shadows of isolation and into the orbit of universal progress. It has taken time, but to a degree, this has worked. A good example of the outcome of long-range investment in education and social concern is the rise of a higher middle-class demographic in Anglophone Africa, in contrast to former French and Portuguese regions, which are yet to build a notable middle class. A visible result of the cumulative investment in child-educational sponsorship, humanitarian aid and development aid is the stabilizing of populations now turning into the current youth bulge.

From Outreach Magazine  Working to Save Lives from Gun Violence

There is a baby here that is not to be thrown out with the bath water.

Yes, it is true that the kind of capitalism-driven economic development in today’s world engenders its own pathologies, as pointed out in chapter two. While the capitalist market itself is inevitable as a preexisting social dynamic of modern life, the kind of entrepreneurial capitalism celebrated in Max Weber’s Protestant work ethic—with its core values of hard work, asceticism, deferred gratification, savings and philanthropic altruism—has been replaced by hyperconsumption egged on by marketing hype.

It is also true that there are still a billion people living in absolute poverty around the world and that there are still significant levels of instability in parts of the world and high levels of inequality between the rich and the poor. Yet this does not preclude the measure of visible economic success pulling sections of the non-Western world into the range of middle-class incomes similar to those of the first world. As we have seen, more of the world has a higher life expectancy, falling infant-mortality rates, greater educational attainment, increasing access to water and sanitation, better incomes and higher capacity to acquire consumer goods.

First-world problems will not just be first-world problems for long; they are becoming global realities. In Africa, even if all we have is a youth bulge, it takes no stretch of the imagination to see that this demographic may well become a middle class, because the world has come knocking afresh in pursuit of economic opportunities, and Africans are no longer passive in this global game. The human capital required to turn the renewed global interest into a world that looks more like the first world, where people have access to food, health and a wide variety of consumer goods, lies within reach of a generation.