Home Resources Books Refugees, Immigrants and the Kingdom of God 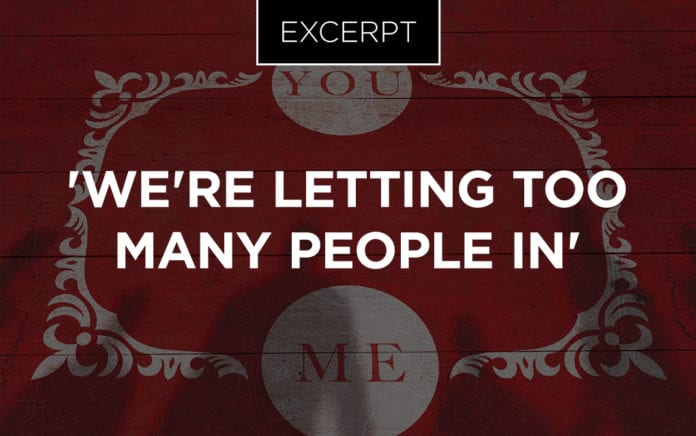 In balancing the legitimate concerns on both sides of the immigration debate, we must remember we are citizens of the kingdom first.

Excerpted From
You Welcomed Me
By Kent Annan

No, not everybody wants to come to America, but Maher’s comment gets to the point that it’s more complicated than opening our arms wide and saying, “Let everyone who wants to come in!”

My cousin John Stackhouse, a professor in Canada, sees parallels for North Americans in how God commanded Israel to care for the stranger but also to protect its borders. We should welcome, he says, but “societies also correctly maintain their integrity by being careful how much ‘difference’ they introduce into their social bloodstream, how much change they try to accommodate.”

“We, too,” he says, “should use our wealth and power to care for the needy. But we also should use our heads and not compromise precisely what makes Canada so attractive to so many people around the world … our democracy, respect for law, stable institutions, social safety net and indeed, our regard and accommodation for differences in our neighbors even as we help them assimilate into our common life.”

The U.S. should welcome more generously. For example, in response to the Vietnam War, we welcomed 800,000 Vietnamese. Compare that to this moment of global refugee crisis, when we’re cutting back by more than 50 percent how many we welcome each year. At the same time, as Stackhouse warns, different sides in the debate can oversimplify: “No few Bible verses … can provide a shortcut past the difficult conversation we have been having, and must continue to have, about immigration policy in this country.”

We should welcome more refugees, but we also have to continue the same kind of vetting that has ensured that no American life has been taken by a refugee in a terrorist act since the Refugee Act of 1980—and some number of refugees does have to be decided on. With immigrants, our society has to choose how many to welcome and how to create a fair, dignified system. Europe has demonstrated generosity toward refugees, while also showing some problems of failed integration. Surely we have a moral duty not to deport those who were brought here as children, those who are in school or have graduated, worked hard, complied with laws, paid taxes, been good neighbors.

From Outreach Magazine  They Prayed Away the Mosquitoes

Experts emphasize how important refugee care is in countries next to violent conflict or drought that makes people flee. These countries receive so many more refugees. We will never bring most of the refugees to our country, and that’s not the best-case scenario. We should be more generous in helping other nations receive their neighbors. These are all complex issues that need to be wrestled with and decided. Yes, there should be wise limits.

Immigrants and refugees both challenge and affirm the narrative of America. The United States has been a place of refuge and opportunity for many strangers (as seen in immigrant American dream stories), a place of refusal for others (during travel bans), a place of purgatory for millions (particularly undocumented workers) and a place of exploitative oppression past and present for still others (including Native Americans, slaves and their descendants).

This isn’t a political statement. This is being honest people who love our neighbors and respect the cloud of witnesses who have gone before us. Welcoming refugees and immigrants gives us a chance to live toward Statue of Liberty ideals.

Finally, with the annual refugee cap now at its lowest by far since Ronald Reagan, who one year set the cap at 140,000, we certainly can welcome more. There is a limit somewhere, but unemployment is very low after we have been welcoming about 100,000 people a year. We receive only 0.2 percent of the world’s refugees. Our nation has proven that we can handle it economically (to the country’s benefit), the process is safe (according to security statistics listed in the book) and those who live in diverse neighborhoods benefit economically, through safety, and in a neighborhood that looks more like the residents of God’s kingdom.

We aren’t called to first defend our country’s borders or honor, but to seek the kingdom of God. We’re susceptible to seeking comfort, patriotism, war, power, pleasure, success and so many other things first. We’re susceptible to seeking liberal, libertarian or conservative stairways to heaven rather than going down on our knees to love, learn and pray. We don’t want to huddle within bonds of racism or nationalism, but instead to cross borders into the liberation of God’s kingdom.