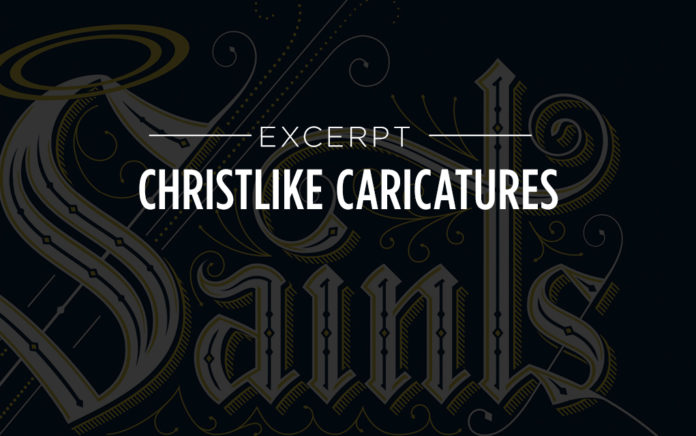 We insult the finished work of the cross when we refuse to embrace its transforming power.

Excerpted From
Saints
By Addison Bevere

In 2015, I attended an online marketing conference. It was a massive gathering of introverts who specialized in monetizing virtual interactions. In other words, these people don’t like being seen by people but enjoy making money off them. Even the speakers—you know, the ones in front of hundreds of people—possessed a surprising amount of self-deprecation and awkwardness. In fact, one speaker didn’t make eye contact with the audience during his entire 45-minute session.

The conference hosts had the brilliant idea to bring in an artist who did caricatures. They must have thought the artist could heat up their melting pot of bubbling personalities.

Well, I’m a sucker for caricatures. It’s one of the few depictions of me that I can look at and know, beyond a shadow of a doubt, that I don’t look that bad. So I got in line. And so did two of the other people with me (the third wisely abstained from such imprudent behavior).

My brother Austin was one of the two people in line with me. Now, Austin is a really good-looking guy—and this is not brotherly bias. When it was Austin’s turn to have his face distorted by the pen, the cynical mastermind began giggling like a fourth grader who just read a juicy love note passed behind her teacher’s back. After about three minutes of calculated heinousness, the artist, with a wry grin, handed Austin his work of art.

Let’s just say the caricature looked like it could have been the offspring of the Geico caveman. Everything was wrong about Austin’s face: His teeth were too big, his hair too curly, his nose all wrong, his bone structure ape-like. Though Austin is attractive, I seriously doubt any woman would be attracted to Austin’s caricature. It was that bad.

When we call ourselves “Christians” (little Christs), we claim a new identity. We claim a new inspiration, a new source of life. But when we shrink back from who God has re-created us to be, we become Christlike caricatures. We may bear a faint resemblance, but that semblance becomes a point of mockery: “The name of God is blasphemed … because of you” (Rom. 2:24).