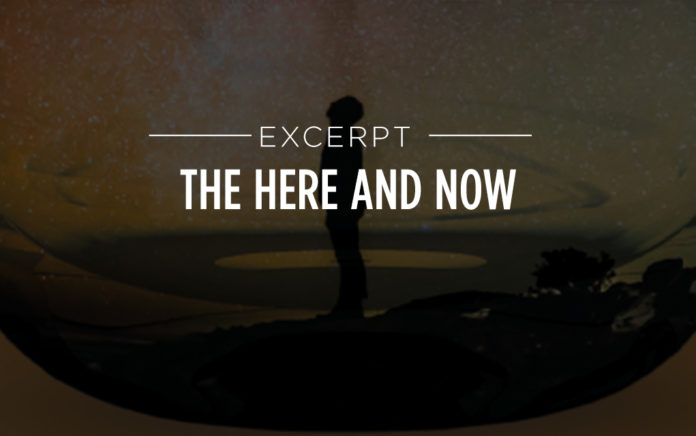 Cancer survivors understand the difference between chronos and kairos.

Excerpted From
Living in Bonus Time
By Alec Hill

As cancer survivors living in bonus time, we have been given a second chance not only to redefine our purpose in life but to steward our remaining days wisely. Most people tend to view the future as having a long trajectory. But a cancer diagnosis causes time horizons to shrink. Researchers label this recalibration an existential slap. Abruptly shifting from expansive time to abbreviated time can be jolting. For someone like me, who used to plan vacations two years in advance, the adjustment has been profound. Such loss of control is often difficult to absorb.

Psychologists have coined a phrase—life span theory—to contrast the radically different perspectives of those who expect to live a long time versus those who do not. The latter group includes the elderly, the ill and those in life-threatening situations (such as Chinese during the bird flu outbreak or West Africans when Ebola spread).

Young adults—who possess a seemingly endless time horizon—prize having novel experiences, meeting new people and learning new things. Priorities include achievement and exploration. By contrast, those who have come face-to-face with death live more in the now, covet existing relationships, and seek to repeat emotionally satisfying experiences. Unlike twenty-somethings, most would rather dine with a close friend than a published author.

Exactly how we redeem time has much to do with our stage of life. Moses crafted Psalm 90—the only poem (of the 150 psalms) attributed to him—probably as an old man. Of all the themes this great leader could have chosen, he reflected on life span. His best remembered words come in the form of a prayer: “Teach us to number our days, that we may gain a heart of wisdom.”

Cancer survivors grasp the import of Moses’ petition “to number our days.” We yearn to use our remaining time well and not be sidetracked by trivialities. Fully aware of our finiteness, we seek to focus on what’s truly important. Our quest is a “heart of wisdom.” As Benjamin Franklin remarked: “Do you love life? Then don’t squander time, for time is the stuff life is made of.”

For many survivors, the prospect of mortality profoundly affects the life span calculus. Some cancers are only temporarily beaten back. Others technically go away, but recurrence is an ever-present danger. Still others are completely healed, but collateral damage done by poisonous drugs, radiation and surgery may trigger new life-threatening maladies. Regular appointments with my oncologist and dermatologist provide reminders of my limited remaining years. I appreciate Billy Graham’s response when asked what surprised him most about life: “Its brevity.”

From Outreach Magazine  10 Reasons I'm Thankful to Be a Pastor

How we “redeem time” and “number our days” is, in part, influenced by how we assess our expected lifespan. Shortly before discovering that his cancer was terminal, Dr. Paul Kalanithi decided to allocate his remaining time as follows: “Tell me three months, I’d spend time with my family. Tell me one year, I’d write a book. Give me ten years, I’d get back to treating diseases.”

The ancient Greek language employed two words to define time. The first, chronos, describes clock or calendar time—measured linearly in seconds, minutes, hours, days and years. The second, kairos, points to life’s grand moments when we say, “my whole life changed when …” While the former is scientifically objective and relates to quantity of time, the latter is subjectively rich with meaning and refers to quality of time.

As cancer survivors living in bonus time, we have a rich opportunity to increase our sense of kairos. Rather than living mechanically day-to-day, the gate is open for us to gain a heart of wisdom and joy. An old French saying nicely captures the idea: “God works in moments” (en peu d’heure Dieu labeure). A terminally ill British patient recently echoed this sentiment: “I realized I preferred a short life lived well than a long life lived badly.” In other words, if forced to choose, she opted for kairos over chronos.

This is not to say that chronos is bad. To the contrary, it is essential. When Mary and I celebrate the date of my transplant with a birthday cake and candles, we are acknowledging its importance. (I must add that it was simply smashing to be three years old again.) Chronos is like an empty glass. While it does not satisfy our thirst directly, it provides the vehicle for water to be served. Kairos is the water.

From Outreach Magazine  How to Overcome Ministry Fatigue

After being hit by the existential slap of cancer, many of us regret the amount of chronos we wasted prior to diagnosis. But we can’t go back. We are different people now. The good news is that we have been given future chronos. This presents us with the opportunity to redeem time in at least four ways. First, we learn to savor each moment. Second, we focus more on relationships and less on achievements. Third, we clean up our messes and find greater freedom. Finally, having received so much help from others, we slingshot this goodwill ahead to benefit others.

Savor moments. My pre-cancer life was pell-mell. So much in a hurry to charge the next hill, I sadly missed thousands (millions?) of special moments. And now? When I’m taken aback by the autumn glow of a tree, I pause to capture the moment in a photo so I can enjoy it anew later. When a puppy walks by, I bend down to ruffle its fur. When a nephew or niece calls, I don’t watch the clock. When Mary asks to spend an extra night camping, I try to accommodate. When two driving routes are options, I often take the slower and more scenic one.

Cherishing the here and now is a grace from God. Being too focused on the future blinds us to what is priceless in this moment. Cancer teaches us that strolling is sometimes better than sprinting. Flexibility becomes a virtue.