Home Resources Books Where Do We Find God? 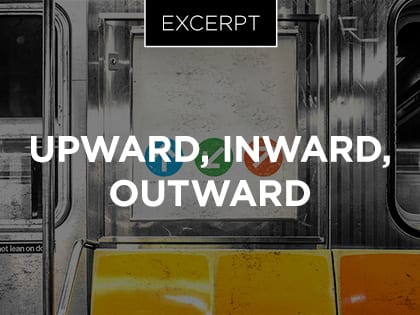 Countless biblical characters sought out God in silence and solitude, and we are invited to do the same.

When was the last time you were totally and intimately silent? Even now, if you put down this book, chances are sky-high it won’t be silent. You’ll hear your fan or heater, or kids if you’re at home. You’ll hear the buzz of conversation in the coffee shop.

But as we’re about to see, it’s in silence we meet God … and in silence God meets our need for intimacy.

Be still. That’s what God tells us. Be still and know. Isn’t that fascinating?

In stillness we know God is God.

And that’s the knowledge that leads to true intimacy.

God’s Word shows us over and over that God is found in stillness.

Consider how different Jesus’ life was from our connected, hectic, frantic lives. This is a man who spent forty days alone in the wilderness. His phone didn’t get any reception, of course, and neither did his tablet.

In all seriousness, Jesus spent a ton of time alone, in silence. A quick but not exhaustive list of times he sought out stillness: forty days in the desert, after hearing about his friend John the Baptist being killed, after miraculously feeding thousands, after healing many individuals and before he was arrested. He sometimes avoided—or even ran from—crowds. He spent nights outside by himself. He rose before dawn. Over and over he sought solitude.

Why? Because that was where he found his Father. That’s where he met God.

If Jesus needed to seek solitude and stillness and silence, then we definitely do. I don’t care how hectic life in the ancient Near East was, things are way crazier for us.

And Jesus wasn’t the only person in the Bible to seek out quietude. Paul went into the Arabian wilderness. Moses tended sheep for years in the desert before returning to Pharaoh’s court. Gideon met the Lord while he was alone in a cave. Jacob slept outside by a stream at Bethel with a rock pillow. When we read our Bibles, we see that God seems to communicate most clearly in times of solitude and stillness.

From Outreach Magazine  One Life to Invest: One Life Church

Recently a man at church shared this story with me. He had been on a hunting trip by himself, and on that Sunday morning he climbed to the top of a nearby peak. He wanted to be alone, in silence. What he didn’t know was that at the same time, his wife was at church, praying for him.

Know what happened on that mountaintop? He met God in a new and special way. God spoke to him about his life and his marriage. The very things his wife was praying for, the true and living God was speaking to him. And he wept and worshiped. He told me he took Communion up there, with trail mix and his canteen.

In that mountaintop stillness, he knew God was God. That intimacy changed him.

Okay, let’s open God’s Word. We’re going to look at several passages as we explore how our need for intimacy is answered by God’s stillness. We’ll begin with 1 Kings 19:11–13. The prophet Elijah is on the run from a bunch of royal soldiers who are trying to kill him (understandably, since he’d just publicly embarrassed the king and slaughtered all the king’s pet soothsayers). When Elijah has more or less given up all hope and he wants to die, check out what happens:

If you’ve hung around church before, there’s a good chance you’ve heard someone talk about the “still small voice” of God. This is the passage it comes from. However we translate it, the emphasis is on God upending our expectations about where he can be found.

We simply cannot learn the art of living if we are unable to find personal places of stillness, because it is only in that stillness that we can hear the whisper of God.

By the way, this stillness and silence we’re talking about has nothing to do with whether we’re introverts or extroverts. If you’re an introvert, you’ve been nodding along with some of what I’m saying. Like, I totally relate to hearing from God in the silence—preach it! But this intimate solitude is for everyone who wants to follow Jesus. With me being an extrovert, I need to hear this message repeatedly. My wife will sometimes look for me after the kids are in bed, and she’ll find me downstairs on the couch. I’ll have the TV on an old episode of Criminal Minds, music playing in the background and a book open on my Kindle—and I’m also playing bass. The more noise and sound, the better.

Stillness is not my sweet spot.

But as much as I realize that doing everything at once brings me a certain amount of happiness, and as much as I enjoy multi-multitasking, I also realize that those are rarely the times I hear the voice of God.

We—introverts and extroverts alike—are good at seeking intimacy in almost every place except the still, small voice of God. That’s what we’ve got to tune into, rather than the wind, the earthquake and the fire.

Tell me more about this book »
Order this book from Amazon.com »
Read our interview with Daniel Fusco » 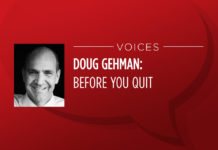 Doug Gehman: Before You Quit 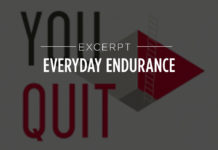 The Trouble With Trouble