Home Books Apologetics Aren’t We Better Off Without Religion? 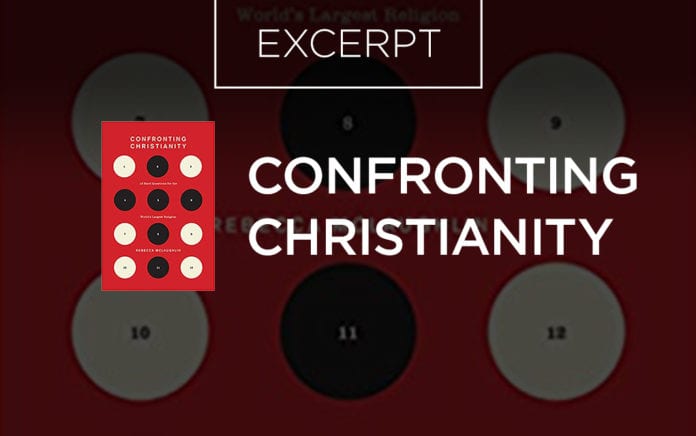 Does religion have a place in a world of increasing secularization?

Most college freshmen try to blend in. I stuck out. My English-major classmates were preternaturally cool. Some modeled; others starred in films. I did neither. But it wasn’t just my lack of time in front of a camera that set me apart: I showed up to college with a three-inch wooden cross around my neck.

One guy assumed I was being ironic, and we struck up an unlikely friendship. He was into drugs. I was into Jesus. We both loved books. I could have increased my credibility to no end by confessing that I was quietly falling in love with a succession of girls. But I didn’t. I was still hoping it was a phase I would grow out of. So, for the time being, I was just one of a handful of Bible-clinging oddities among my mystified, secularized and occasionally scandalized peers.

The Christian student group at the University of Cambridge was larger and more active than people imagined. We knocked on dorm-room doors to deliver gospel booklets and discuss Jesus with our peers. But most casual observers of the Cambridge scene at the turn of the millennium would have bet these groups would subside: Full-bodied Christian belief was simply no longer viable in a world-class university.

Since then, New Atheists have spun a credibility-killing web around faith. In 2004, Sam Harris published The End of Faith: Religions Terror, and the Future of Reason, followed in 2006 by Letter to a Christian Nation. That same year, Richard Dawkins released The God Delusion, which remained on the New York Times best-seller list for 51 weeks. In 2008, the late Christopher Hitchens launched his tour de force of new atheist persuasion, God Is Not Great: How Religion Poisons Everything. These rhetorically gifted men preached that Christianity was neither plausible nor desirable. Dawkins ridiculed a faith disproved by science. Hitchens sought to puncture the sagging balloon of public opinion that imagined Christianity was a force for good.

Invigorated by these triumphs, atheists have boldly claimed the moral and intellectual high ground—even when that has meant trespassing. In a popular 2011 TED talk, “Atheism 2.0,” School of Life founder Alain de Botton advocated a new kind of atheism that could retain the goods of religion without the downside of belief. He salivated over the black American preaching tradition and the enthusiastic response of congregants: “Thank you Jesus, thank you Christ, thank you Savior!” Rather than abandoning rapture, de Botton suggested secular audiences respond to atheist preaching by lauding their heroes: “Thank you Plato, thank you Shakespeare, thank you Jane Austen!” One wonders how Shakespeare, whose world was fundamentally shaped by Christianity, would have felt about being cast as an atheist icon. But when it comes to Jane Austen, the answer is clear: a woman of deep, explicit and abiding faith in Jesus, she would be utterly appalled.

Likewise, at the 2016 “Reason Rally,” designed to mobilize atheists, agnostics and “nones,” multiple speakers invoked Martin Luther King’s March on Washington—as if a rally that despised Christianity would have pleased one of the most powerful Christian preachers in American history. In the same year, I stumbled upon an Atlantic article that promised to explain “Why the British Tell Better Children’s Stories.” As a Brit living in America, I read it eagerly, only to find it arguing that American children’s stories are less compelling because they are more Christian. The author cited The Lord of the Rings and The Chronicles of Narnia as examples of stories shaped by paganism, failing to note that Tolkien and Lewis were passionate Christians who grounded their stories in the death-and-resurrection truth claims of Jesus. J.K. Rowling, another author referenced on the side of good-old British paganism, chose not to disclose her fragile Christian faith until the last Harry Potter book was published, precisely because of its Christian influence: She feared it would give the story away. The trend persists. In an oddly appropriating act, the 2018 film version of Madeleine L’Engle’s A Wrinkle in Time expunged its many Christian references.

From Outreach Magazine  Serving In the Gutters

Meanwhile, brilliant skeptical storytellers have captured our imaginations. Margaret Atwood’s 1985 dystopian novel, The Handmaid’s Tale, has been revivified in a popular Hulu dramatization. It imagines New England ruled by a pseudo-Christian sect, the Sons of Jacob. Women’s bank accounts are suspended. Women are forbidden to read or work jobs. Those still fertile after a nuclear fallout are assigned to male “Commanders,” who seek to impregnate them in a monthly ceremony, supposedly modeled on Abraham’s impregnation of his wife Sarah’s handmaid. Partly inspired by the 1980 Islamic Revolution in Iran, Atwood envisages a similarly repressive, supposedly Christian regime.

Back in my own motherland, the iconic sci-fi series Doctor Who takes viewers on breathless sprints between the moving, the witty and the profound. The Doctor is in many ways deeply Christlike, and Doctor Who is one of my all-time-favorite shows, but its anti-Christian messaging is hard to miss. “Weeping angels” feed on human lifespans. “Headless monks” are ruled by faith: Decapitation has rendered them literally thoughtless. The 51st century church is a military operation. The list of compelling stories, shows and songs that invite us to reject religion is long, and we forget how much of the cultural capital we see as universal was sculpted by Christianity.

To some extent, of course, we Christians have dug our own grave. The entrenchment of the culture wars has led many believers to lose touch with their heritage, while Christians and atheists alike assume that secular means normative. Christians invented the university and founded most of the world’s top schools to glorify God. And yet studying is seen as a threat to faith. Christians invented science, yet science is seen as antithetical to Christianity. Christians have told some of the best stories in history. But if the tales are too good, too entrancing, too magical, we assume that the authors cannot espouse this supposedly story-killing faith.