Home Resources Get Rooted Where You Serve 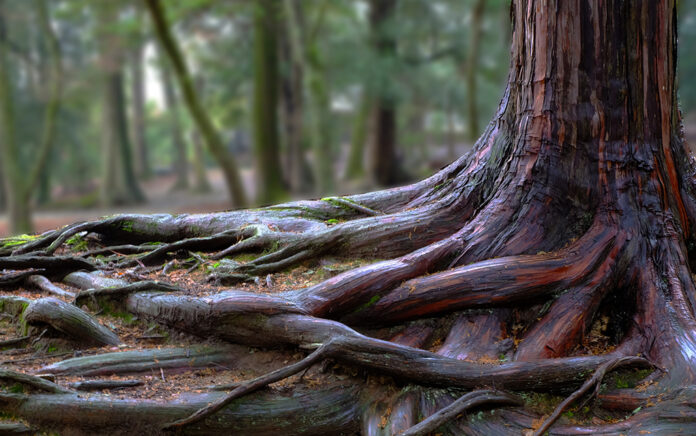 Sometimes, a leader has to survive the moment, buy time to survey the surroundings, and figure out what to do next.

There will come a time in your ministry (and you may be facing that season right now) when you face the pressure of leadership that will make you want to stop what you are doing and walk away. So, what will it take to keep you serving in the same place you serve today? Faithfulness? Determination? God’s call?

Ministry is challenging, but ministry is a calling. In the story of Ruth in the Old Testament, we see a woman called to a ministry of service to her mother-in-law. It was a challenging assignment that would pit her against depression, bitterness and anger while taking her to the mountaintop of a new relationship and life. It is a reminder that the struggles you will face are just for a season, and if you remain faithful, the Father will take you through the problem and into the promise he has for your ministry.

In the early part of Ruth’s story, we meet a woman who has lost her husband and brother-in-law in a short time. Her sister-in-law (Orpah) is ready to leave the family and return to where she grew up, while her mother-in-law is distraught over the losses. It seems all too much for one person to take on, but that is leadership. There will be times in leadership when a leader is challenged like never before and called to be rooted where they find themselves. The leader in a challenging situation can either rise to the moment or sink beneath its weight. For Ruth, she rose to the moment, and God rewarded her faithfulness in return. Today, would God find you faithful in your leadership?

Sometimes, a leader has to survive the moment, buy time to survey the surroundings, and figure out what to do next. Ruth had to figure out the following steps, but she first had to focus on what was right before her. In Ruth 1:8-16, we see a woman who surveys her situation. A sister-in-law that says one thing but does another. A mother-in-law that is not thinking clearly as she is drained emotionally. Ruth determines at that moment to root herself deeply into the family. When your church, company, or career goes through a difficult time, you can either flee or focus on the task by doing what needs to be done. Ruth had to S.T.O.P.

Stop the bleeding. Three significant losses had hit the family (the death of her husband, brother-in-law, and her sister-in-law leaving the family). She could not put the family back together, but she could root herself in the family. What about you? You might not be able to solve every problem in your organization today, but you can help stop the bleeding by doing something. Influential overtime leaders survey the situation and develop a plan to do something that will help and not continue to harm.

Tend to what you can fix right now. Leading in a crisis can take a lot from you. But, as you survey what lies before you, a leader can either be frozen by the task or find a way to move forward one step at a time. See where there is low-hanging fruit that you can tend to fix right now. Ruth could not stop her sister-in-law from leaving, but she could stay rooted in serving Naomi, her mother-in-law. You might not be able to keep a board member or a church member in the church, but you can do something. What is the ‘something’ you can do right now that shows others that you are leading? Leadership is leading, not standing around and hoping someone else will take the lead. God has a perfect plan for your ministry, but you have to work the plan. Ruth began working on the plan by tending to emotional care of Naomi. She encouraged her, loved her, and walked beside her. Begin to think about what you can fix right now and get to tending and even mending those fences.

Operate with a vision for the future. Ruth was not trained in crisis management, and you might not be, either. But she understood that people look towards a leader in a crisis. If the leader is concerned, then the people will be worried. Leadership is expressing confidence in the actions that must be taken to move the church or organization forward. Ruth focused not on the moment but on the future. She determined that where Naomi would go, she would go. The church you serve at or the team you are on, maybe in crisis today, but where is Christ? Christ is not buried and dead. He is alive. That means the church has a fighting chance to redeem and rise from the ashes of the current problem to ascend to the spiritual heights of a tomorrow yet seen.

Ruth began the challenge of loving, caring, and serving her mother-in-law. That meant she had to humble herself to serve at the moment. As a leader, you must keep an eye on the horizon and focus on the steps before you today. Operate not in the past but in the present with a vision for the future. As Ruth began working in the fields to collect just enough food for a meal, she could have complained, but instead, knowing, trusting really, that God would see her and the family through.

Problem-solve as you go. The most significant need for your church may be large. It might even be overwhelming when you begin thinking about it. But instead of seeing the ‘need’ (you fill in the blank on the need you find yourself in: financial, spiritual, numerical, physical structure, etc.), begin to pray, prepare, and then present a way forward. Ruth must have paused and prayed for God to give her the strength to keep moving forward when her life turned upside down. How about you? Leader, know this truth, you are gifted and equipped for many things, but through prayer, you begin strengthening yourself for the battle ahead. Prayer is not a ritual to be had but a relationship to fortify yourself for the hour, days, weeks, and months of the challenge you must overcome.

Ruth was determined in her prayer life to prepare for the future by packing up her things to follow Naomi. As she prayed, God began to prepare her for the immediate future she faced. Instead of seeing the problem as a problem, begin to pray. Challenge yourself to seek God’s care in the crisis. See your quiet time with God as preparation for what is to come. In the silence of prayer, the promise from God will become more apparent. As Ruth found herself in a strange town, the immediate need was food and shelter. As Naomi looked for a place to stay, she went into the fields to pick up leftover food. What she did was not glamorous and would not lead her to land on the cover of a magazine as the most excellent leader in the world, but she was not doing it for pats on the back; she was present in finding a way forward.

Ministry is not always spiritually sexy. Leaders often serve in obscurity, unheard of by the larger denomination or evangelical church. But even average size churches need leaders like you who are willing to help where God calls them. Be willing to S.T.O.P. and get rooted in where you serve.