The co-creator and co-producer of the upcoming miniseries “The Bible,” Mark Burnett shares his personal faith experience and more.

An award-winning producer of hit television shows such as Survivor and The Voice, Mark Burnett has produced an epic, 10-hour miniseries with his wife, Roma Downey, featuring stories from the Bible from creation to Jesus. The Bible miniseries airs on the History Channel each Sunday in March, culminating on Easter. Outreach Inc., the parent company of Outreach magazine, has produced a related campaign kit and other resources that churches can use to engage people in discussions about the Bible. Here, Burnett shares a personal, Holy Spirit experience, as told to Outreach magazine Senior Associate Editor Scott Marshall. Read more from the interview with Burnett in the March/April 2013 issue of Outreach magazine.

We’ve spent a lot of time in the South Pacific because of various shows we’ve made, and I had an experience in Fiji with Roma [Downey, Burnett’s wife and the star of the television series Touched by an Angel] that I knew was a genuine, physical experience with the Holy Spirit, for sure. It’s my own experience, and my own physiology told me this is real.

I was praying, and I felt that Jesus—not felt, I know—that Jesus was physically hugging me. I just know that to be true. Anybody could say, “Well, how did you know?” I don’t need to explain to people. It just happened. I just said, “OK. Wow.”

That’s one of my very personal experiences. There have been tons more since, but if I had to actually say a point in time that I personally had a Holy Spirit experience, it was in Fiji six or seven years ago.

From Outreach Magazine  How One Pastor Overcame His Personal Evangelism Slump

I cannot remember my life before the Bible was around and was something which we all knew. I must have been 2 or 3 years of age going to Sunday school. I grew up in a very working class area of London, probably a bit like Detroit because everybody worked at Ford Motor Company. My dad worked at Ford Motor Company, and my mother worked at a car battery plant next door on shift work. My father was Catholic, and my mom was Presbyterian. …

The only thing that’s changed for me is—same book, same words, but actually, I used to look at [the Bible] a little bit more like a very harsh rule book. “You must do this, mustn’t do that or God will be really mad.” Obviously, I evolved, realizing for many years now, it’s a love story. …

We’re reading the Bible, reading about the Bible, reading people’s opinions of the Bible and editing this visual piece of work, which is the best work of our careers. The responsibility is huge. I think we’re really good at our jobs. Right now, four nights out of seven, we have No. 1 shows on television as a family. We know what we’re doing. Our responsibility is we better be at the best level of our game on this project. This is the Bible. If nothing else, for the rest of our lives, we ever make, this better be good. And I think we’ve done a great job with this. 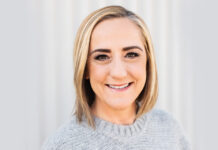 Christine Caine: What Keeps You Anchored? 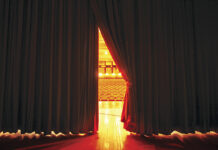