Home Interviews Justin Davis: My First Affair Was with the Church

Church planters Justin and Trisha Davis talk about the near death and resurrection of their marriage—and ministry.

“It’s sad that pastors feel the most alone.” —Justin Davis

“There is nothing God can’t work through with a broken spirit.” —Trisha Davis

Exponential Network and Ed Stetzer released a survey revealing that one of the greatest needs among church planters is emotional support, especially in their marriages. Justin and Trisha Davis know that reality all too well.

In 2005, three years into a growing church plant in Indianapolis, Justin had an affair with a woman on his staff who happened to be Trisha’s best friend. Although the church plant had launched under the watchful eye of two local, contributing churches and Justin met with accountability partners weekly, his fall was inevitable, he says, because his first mistress was the church herself.

The Davises lost everything. But after two months of marital resuscitation and four years of spiritual and emotional healing and restoration, they returned to ministry at Cross Point Church in Nashville, Tenn., where Justin serves as a campus pastor. Today, they are not only committed to prioritizing their marriage over their ministry, but also to helping other church planters, leaders, and their spouses with troubled marriages through RefineUs.org, the ministry the Davises launched in 2009. The couple will soon publish their first book, Beyond Ordinary: When a Good Marriage Just Isn’t Good Enough, scheduled to release in January. Here, they talk openly about their experience and how it changed their lives and has become the foundation for their ministry.

Justin, when you look back over your ministry before the affair, did the expectation of growing a large church contribute to the fall?

Justin: When Trisha and I married, we had this vision to change the world for Christ. It was never our intention to move 15 times in an effort to fulfill that vision, but we felt called, and every time, it was in pursuit of my dreams of becoming an important youth pastor. I had this ambition to have a big ministry, along with the understanding that the size of your ministry and how much influence you have in the greater church is related to the success you can have in your local ministry. Those things really pre-empted my development as a person, as a Christian.

When we moved from Kokomo, Ind., to Nashville, Tenn., 10 years ago, I was excited to go to the next place because it was bigger, better and would give me a larger platform, but Trisha was devastated because she’d just invested her whole heart there. Then shortly after we arrived in Nashville, we left in 2002 to plant the church in Indianapolis.

Trisha: And that was the hardest place to be because the ministry we’d been at prior was the longest we’d been anywhere (three-and-a-half years). I was really well connected with our students and my small group of girls. I was very involved with the worship team, and it was the first time that, from the senior pastor on down, I felt they saw my gifts.

Justin: That’s the difference: Trisha is an investor in people. I was a user of people. I leveraged people; I didn’t invest in them. We’d move from these ministries, and she’d have very deep heartfelt relationship with so many people, but people to me were a commodity, a means to an end to get to a place. I didn’t feel that way in the moment, but looking back on how I treated them and the dysfunction in my own heart gave me the perspective to know that. I was just using them to help me accomplish what I wanted to in ministry.

Trisha: The moves were a loss of investment. Before social media, before Facebook, we moved, and we lost connections. 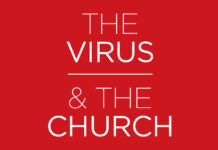