“We never get tired of telling the end of [God’s] story, and how we’re choosing to live today is a preview of the end of the story.”

In 1990, I was added to the board of trustees for InterVarsity Christian Fellowship. The first thing they had me do was to go to the Urbana 1990 student mission conference. I was exposed to a God I didn’t know and a Gospel I didn’t preach. It was a God who was much more concerned about the fate of not just people’s souls, but the conditions in which they were living—that the Gospel extended into racial reconciliation and justice. I felt like I had to explore this—that this is something that God was putting in front of me.

We started attracting people that were actually looking for a church like this. I said, “I actually relish having a church that’s got 90-year-olds all the way down to babies and everyone in between because it’s the antithesis of the church growth movement. It’s not a homogeneous unit. It’s a heterogeneous unit. And it’s out of learning to work through being uncomfortable sometimes, in the midst of age diversity and generational diversity, that we’re actually going to learn to be this new people together.”

We were trying to hold out this compelling vision of God’s coming future and having it so capture people’s imaginations. We had been embracing what I call a static hermeneutic, which says, “OK, here’s how we started, and we have no other option as a church than to start the way we started. But even though I believe at the end, the story is going to be incredibly diverse, between now and the end of the story, we’re basically not supposed to change as a church. We’re supposed to stay static. And then in the twinkling of an eye, it’s all going to change, and I’m not going to be prejudiced, and I’m not going to have generational bias.” I said, “We should be using a redemptive hermeneutic, which says, ‘We have to start where we start, but as time goes on, and until Christ comes again, there should be redemptive movement so that people who visit our churches, no matter how we started, see the evidence of God’s kingdom coming under us as it’s going to be in heaven.’” It wasn’t everybody’s cup of tea, but it made a lot more sense to people to choose to be uncomfortable for this greater purpose.

Our church began in 1925 as a Japanese-American church. In the late 1970s, American-born Chinese like myself started to come. Today, I’d say 20 percent of our church are immigrants from the Pacific Rim for whom English is their second language, so they speak it with an accent. And 15 to 20 percent of our congregation is not Asian at all.

We keep finding reasons to tell God’s story. A real key passage for us is Ephesians 2. So what was the point of Jesus destroying the dividing walls of hostility? It’s to create—and this is the part we miss—it’s to create one new humanity out of Himself. It’s neither Jew nor Greek, slave nor free, male nor female. That’s the encroachment of the kingdom of God. That’s the evidence. We never get tired of telling the end of the story, and how we’re choosing to live today is a preview of the end of the story.

And then there’s some very concrete things that we’ve done and we continue to do. We think it’s important that what they see up front actually leads the way. So they’ve seen diverse people on the worship teams. When it comes to choosing deacons, which is men and women in our church, they see who’s leading our church is the diversity that we’re saying is the faith village. Three weeks ago, we ordained our first Mexican-American pastor who’s from the neighborhood. That was a big deal, and we called it out. We said, “You know what? There was a time when he wouldn’t be here and we wouldn’t do this. But this is further evidence of the encroachment of God’s kingdom among us.” And people were really stoked about that.

—As told to Scott Marshall 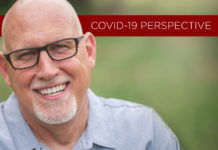 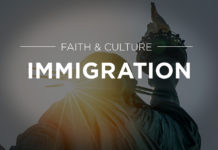 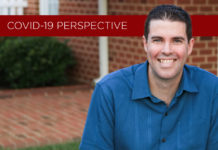