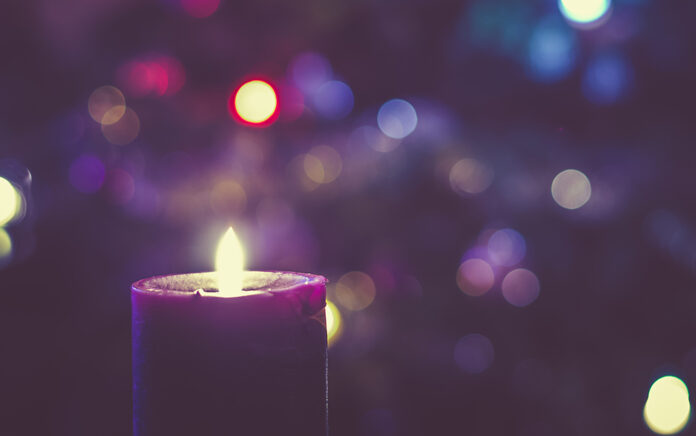 How the Advent Conspiracy can help us refocus on Christ during this season.

’Tis the season to knock out all your Christmas shopping as the countdown to Christmas is officially on.

A survey from SlickDeals revealed that 1 in 5 Americans would eat only oatmeal for two weeks straight if it meant they could get a new, flat-screen TV for half price. And for the same deal, nearly 1 in 10 Americans would endure a yearlong head cold. And for a free TV, 1 in 10 Americans said they’d happily cast themselves away on a deserted island, fending for themselves for a whole week, while another 1 in 10 would put themselves on house arrest for a year.

Just for a free TV.

Perhaps it’s time to introduce the “Advent Conspiracy,” which is conspiring against the way our culture has taken over Christmas. And how we can and need to take it back.

Neither the title nor the idea behind this is original to me. More than a decade ago, a team of people got together and decided to take this on under this banner. They were convicted that there had to be a better, fuller, richer way to celebrate the joy of the Christmas story that not only protected our hearts—and in many cases our wallets—but also offered protection and care for those in our world who are most vulnerable.

This is not a new idea at the church I serve. Mecklenburg Community Church has been highlighting our Giving to Christ at Christmas effort for nearly 30 years. An effort to give our first and best gift to Jesus at Christmas, which he said we could do by giving to the least and the lost through the local church of which we are a part. So we take every bit of that money and give it to support orphanages, the homeless, those in need of basic necessities such as food or clean water, those being rescued from human trafficking and, of course, to reach those who are spiritually far from God with the one message that can alter the entire trajectory of their eternity.

But however you approach this, the goal is the same: make Christmas meaningful again and put Jesus at its center.

And isn’t that what we all want and what we all really need? How many years have you missed the wonder of God’s miraculous birth with overstuffed Decembers leaving you wanting more? Hyper-consumption leaving you empty?

This can’t be right. It’s just wrong and it must end. So what if we did Christmas differently? Because it’s not about just saying no to the way Christmas is being celebrated culturally; it’s about saying yes to an entirely different way of celebrating.

What would it look like if we took this Christmas and worshipped fully, spent less, gave more and loved all? And did it in the name of Jesus, for Jesus, to Jesus and in honor and celebration of the birthday of Jesus?

The word advent means “coming,” and it’s become a blanket term for the weeks leading up to Christmas, looking forward to the celebration of when Jesus came. This is why those of us who are Christians have advent wreaths and advent candles and celebrate the season of Advent.

So let’s all join in on this “Advent Conspiracy” leading up to Christmas to conspire to mark this season differently. Let’s challenge ourselves, collectively, to be cultural subversives and revolutionaries—to do better than just Black Fridays and Cyber Mondays as if that’s all that Christmas is.

We can get Christmas back.