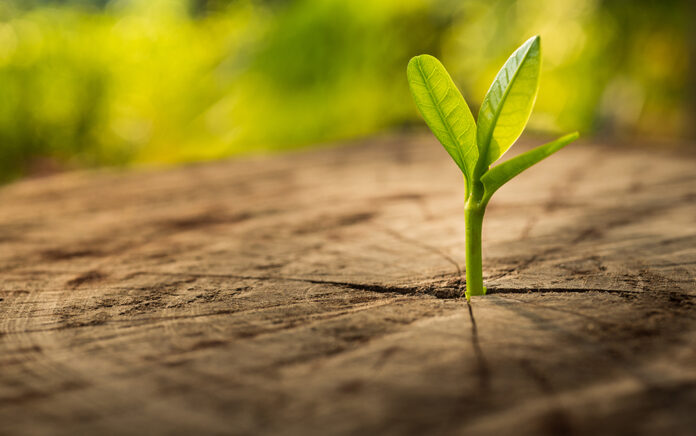 In the American context we tend to view small things as insignificant. Scripture turns that perspective on its head. In fact, the Bible repeatedly shows how God uses minor things to make a large impact. Jesus used seemingly unimportant objects––like a mustard seed or yeast––to demonstrate the potency of supposedly inconsequential things.

A few years ago, I created a curriculum for my book Subversive Kingdom. The filming for the curriculum was set in and around a castle in Ireland. In this setting, I talked about kingdoms, and how God’s kingdom subverts the order and ideals of the world.

The castle made for a great backdrop to talk about the kingdom. We also used biblical examples like the mustard seed. I was supposed to hold the seed to the camera to illustrate Jesus’ point about it and the kingdom, but there was a problem: Mustard seeds are so small that they literally cannot be seen on camera.

Jesus compared the kingdom of God to a mustard seed that grows remarkably expansive branches (Mark 4:30–34). He also compared the kingdom to yeast (Matt. 13:33), a kitchen staple used both in the New Testament times and today. Yeast looks so insignificant sitting in the pantry that you might assume it’s nothing but dust—unless you understand its value to baking.

There are at least three different ways we can look at Jesus’ teaching on both the mustard seed and yeast. First, we realize such objects have very little weight or density—and thus are negligible in size. Second, they are minor in terms of their relative value, since both are so common and inexpensive. A small bag of yeast seems pretty trivial when compared to a small bag of gold dust; a tiny diamond is far more costly than a mustard seed. Both yeast and mustard seeds are quite insignificant from a size and superficial value point of view. However, mustard seeds and yeast share a third commonality, which is the very reason Jesus teaches about them: They both have a momentous impact when activated. Their potential far exceeds their appearance.

Bigger Is Not Always Better

As Christians we shouldn’t apologize for small things. We recognize it is the nature of God to use small things for his glory, and that he often employs people and things that are overlooked by the world for kingdom impact. Large churches also understand this by placing great emphasis on small groups, demonstrating the value of intimate community and a recognition that community doesn’t happen in a large worship service alone.

Why then do we seem to consistently devalue the small and overly celebrate the large? Ultimately, it is because we’ve become too driven by American ideas about church and culture, and not enough by the gospel’s idea of the kingdom. Our culture is powered by utilitarian ideals that lead to sayings like “Might makes right” and “Bigger is better.” Our culture is motivated by an unrelenting desire for more. Such ideas value large over small and much over little. If this influences the church, we end up viewing people less as people made in God’s image and more like numbers on a spreadsheet.

When we look at the small church with gospel eyes, we realize the great opportunity for kingdom impact, because we recognize that God has a consistent pattern of using things the world overlooks for his glory and honor. Jesus changed the world with a dozen disciples, not with a massive army; the boy’s little basket of food was used to feed thousands; and Gideon’s army was made intentionally small by the Lord. God often uses the small and the overlooked to display his power.

At the same time, it’s important to note that being small is not a virtue by itself. Many small things make no difference. However, some small things have great impact, like the mustard seed or yeast. When they get into the ground or dough, they transform it. In a similar way, the small church has the potential for great impact, but only when it goes into the community to reach and transform it for the gospel.

From Outreach Magazine  Why Digital Is No Longer Optional

The reality is, we need all kinds of churches. We should celebrate churches of varying sizes, contexts and approaches. We must remember that the typical church, globally or in North America, has fewer than 100 people in weekly attendance, but significant gospel ministry is taking place.

Whether it’s on the street corner in Chicago or in Red Deer, Alberta, when we see a small church, we should not see it as insignificant, but as an opportunity for significant gospel impact. We know this is how Jesus sees it, just like the yeast and the mustard seed.