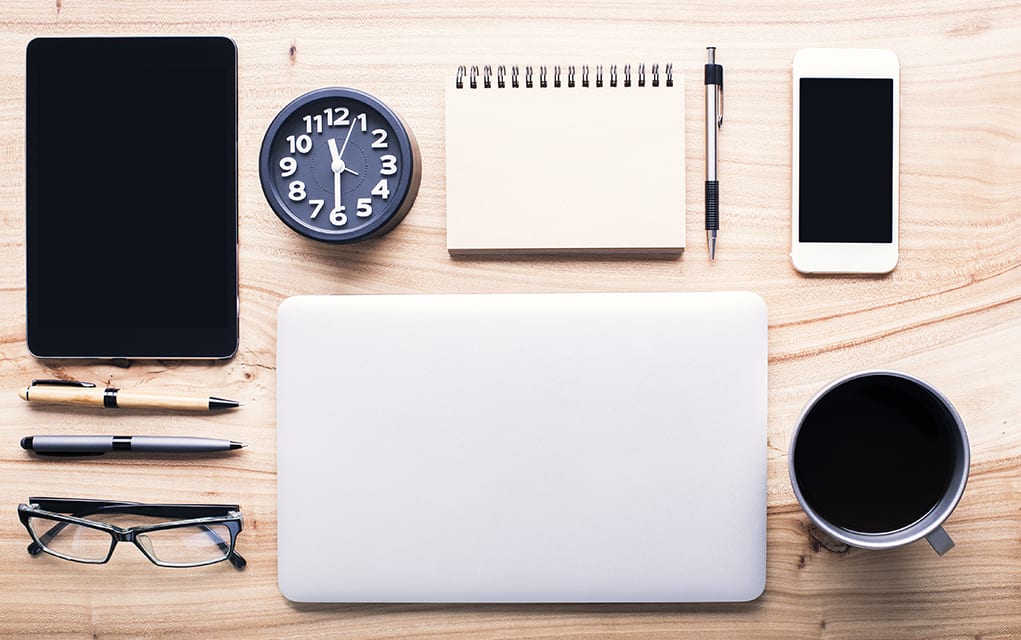 Businesses should not make profit the sole bottom line that defines success. Here are ways to pursue justice in our business practices.

I know of a guy who runs a strip club.

This strip club owner became a Christian and started attending a businessmen’s Bible study. The other men in the group began praying for him, and were super excited to see him come in one day, with his eyes shining.

“God has been speaking to me,” he announced, “Guys, what I’ve been doing down at the bar is not right. I’ve seen the error of my ways!”

The other men at the Bible Study leaned forward in their seats, eager to see change at the strip joint—a place known for crass exploitation of vulnerable young women.

“You see, I’ve been watering down the drinks at my bar,” he announced sheepishly. “I think I need to stop doing that.”

I wasn’t there that day, but I’ve seen how this same story plays out in different ways across the church and the business world. The faces and details differ, but the overarching themes remain the same.

When it comes to workplace ministry (also known as “marketplace ministry” or “business as mission”), our vision is too small. We too often limit ourselves to personal piety (being nice to our colleagues), integrity issues (not watering down the drinks) and of course, sharing the gospel verbally with our coworkers.

These things are all important, but I believe God is also calling us to enlarge our vision for justice, mercy and systemic change through our work (Matt. 23:23).

Like the strip club owner, when we focus solely on avoiding personal sin, we tend to overlook our complicity in injustice that impacts the poor and marginalized—the very people at the center of God’s kingdom.

We all know our faith simply can’t be something we just dust off on Sunday morning. But frankly a lot of the teaching around marketplace ministry has been lacking in depth.

So, to help broaden your perspective on what faith looks like from Monday to Friday, here are five ways you can grow your vision for workplace ministry.

1. Wake up to the exploitation under your nose.

You probably aren’t running a strip club (are you?) But there is plenty of overlooked exploitation in this world. And there’s a chance your company is complicit in some way.

Let’s start with a basic one—the fourth commandment. God tells us to take a Sabbath and to make sure our employees get a Sabbath too (Ex. 20:10). Yet oftentimes, our staff are overworked, underpaid and poorly treated. Some may even be working seven days a week (particularly here in Asia).

Andrew Carnegie became famous for being one of the most generous philanthropists ever to open his wallet. He built grand libraries and community centers across the globe.

Yet, he was a brutally unjust employer. Men died in his factories from the lack of safety measures. Injured workers were tossed out and left unemployed. He busted unions and hired thugs to enforce his draconian policies. He even produced weapons of war that killed millions.

Carnegie’s life is a good reminder of the grave danger we face when we overlook injustice.

AUDIT QUESTION #1: Am I doing good with one hand, while dealing out injustice with the other? (Isa. 58:3)

The free market is built on the idea that busineses must be profitable to survive. But too often, the almighty dollar is all that matters.

Is a business that needs to exploit people, or destroy the environment to make a profit, one that should exist?

Sure, we need to create wealth to stay in business and support our families and other kingdom activities. But it’s just not enough to settle for only one indicator of success in business.

From Outreach Magazine  Confronting the Challenges of Leading Evangelism

That’s why I’m a big fan of the triple bottom line. This is where businesses measure their success in at least three ways—social impact, creation care and financial profits.

I run an organization building a campsite in Cambodia called Shalom Valley. That campsite needs to turn a profit to be financially sustainable. But that kind of profit is just one of the measures we use to figure out if we’re on track or not. We’re also keenly aware of the environmental impact of the building materials we use. And we’re working out how to make sure the campsite is accessible for poor children and churches—our main target group.

AUDIT QUESTION #2: What does Shalom (care for people and God’s creation) look like in my line of work? (Jeremiah 29:4–7)

And that brings me to a third area of neglect. How many of our products and services are accessible to everybody—especially those who need them most? Has your business accidentally (or deliberately) shut the door on the poor?

OK, I don’t think God expects us to make our products and services available for free, or even cheap. But we sometimes need to do an audit of our services to see whether people are being excluded.

I think of “food deserts”—neighborhoods where poor folks can’t find healthy food—because those shops have all chosen to open too far away, in richer locales.

I think of the library—a place that is supposed to serve everyone. Yet, to get a library card you have to provide proof of address. A simple rule, but one that unnecessarily excludes the homeless.

I think of developers who build gated communities, that tend to exclude people of color and those who are on the margins.

I think of real estate agents who promote gentrification.

Then, I think of Starbucks and their new rule that anyone can enter—even if they can’t afford to buy anything—now that’s radical hospitality!

Often, we think of our responsibility for employees extending only to those on our payroll.

But almost every business has suppliers, producers and distantly connected workers. And we have a responsibility towards them as well.

Folks like Nike, Old Navy and Gap have had a clever way of getting around accusations of running sweatshops. They outsource their clothing to be produced by generic unbranded factories in Asia.

Many of my neighbors in the slum here in Cambodia work for factories like these. But they can tell me exactly what labels they are sewing on the clothes.

Sure, consumers are now demanding better conditions in factories. But business people should be taking the lead—not because bad publicity hurts profits and branding—but because it is the right thing to do.

AUDIT QUESTION #4: Is my business treating EVERYONE in the supply chain fairly, even those hidden from our customers? (Prov. 14:31)

5. Embrace the ancient concept of gleaning.

The Biblical practice of gleaning is one of the most fruitful, yet overlooked, business practices for Christians today. In God’s original plan, farmers were commanded to leave some of their produce on the trees for the orphan, the widow and the foreigner (Lev. 23:22; Deut. 24:1–21).

Imagine if every business set aside a certain percentage of their products or services for solo mothers, refugees, Christian ministries or people on welfare? Imagine!

For example, the software we are using for Shalom Valley camp is produced by a for-profit company. But they have created a pricing structure that gives camps in the developing world a much lower price. They have intentionally chosen not to maximize their profit, so that more folks at the bottom of the heap can have access.

Audit Question #5: How can you give away some of what you produce so that folks who wouldn’t normally be able to access it can benefit? (Lev. 19:9–10)

Church leaders are finally getting on board with the idea that most Christians are never going to be missionaries or pastors. We have jobs. We have careers. And many of us have a deep sense of a God-given vocation (that doesn’t involve wearing a dog collar).

But the teaching on Sunday mornings around workplace ministry has been anemic.

Yes, verbally sharing God’s love with coworkers has its place. Bible Studies, workplace Alpha Groups, even inviting someone along to church, may be [on the docket].

But if that’s the sum total of how we integrate faith and work, we’re missing the big picture. God’s agenda is much, much richer than that. He doesn’t just want converts who convert. He wants disciples who disciple. And kingdom citizens who build the upside-down kingdom.

So, I reckon it’s time our theology caught up with our vocations—to live fully devoted working lives of justice, mercy and love for our neighbors—both near and far.

If your vision for workplace ministry (or business as mission) has been too small, ask God to broaden your vision with these prophetic words:

“Shout it aloud, do not hold back. Raise your voice like a trumpet. Declare to my people their rebellion and to the descendants of Jacob their sins. For day after day they seek me out; they seem eager to know my ways, as if they were a nation that does what is right and has not forsaken the commands of its God. They ask me for just decisions and seem eager for God to come near them. ‘Why have we fasted,’ they say, ‘and you have not seen it? Why have we humbled ourselves, and you have not noticed?’

“Yet on the day of your fasting, you do as you please and exploit all your workers. Your fasting ends in quarreling and strife, and in striking each other with wicked fists. You cannot fast as you do today and expect your voice to be heard on high. Is this the kind of fast I have chosen, only a day for people to humble themselves? Is it only for bowing one’s head like a reed and for lying in sackcloth and ashes? Is that what you call a fast, a day acceptable to the Lord?

“Is not this the kind of fasting I have chosen: to loose the chains of injustice and untie the cords of the yoke, to set the oppressed free and break every yoke? Is it not to share your food with the hungry and to provide the poor wanderer with shelter— when you see the naked, to clothe them, and not to turn away from your own flesh and blood? Then your light will break forth like the dawn, and your healing will quickly appear; then your righteousness will go before you, and the glory of the Lord will be your rear guard. Then you will call, and the Lord will answer; you will cry for help, and he will say: Here am I.”