Home Features One Burning Question for Ministry Among the Poor 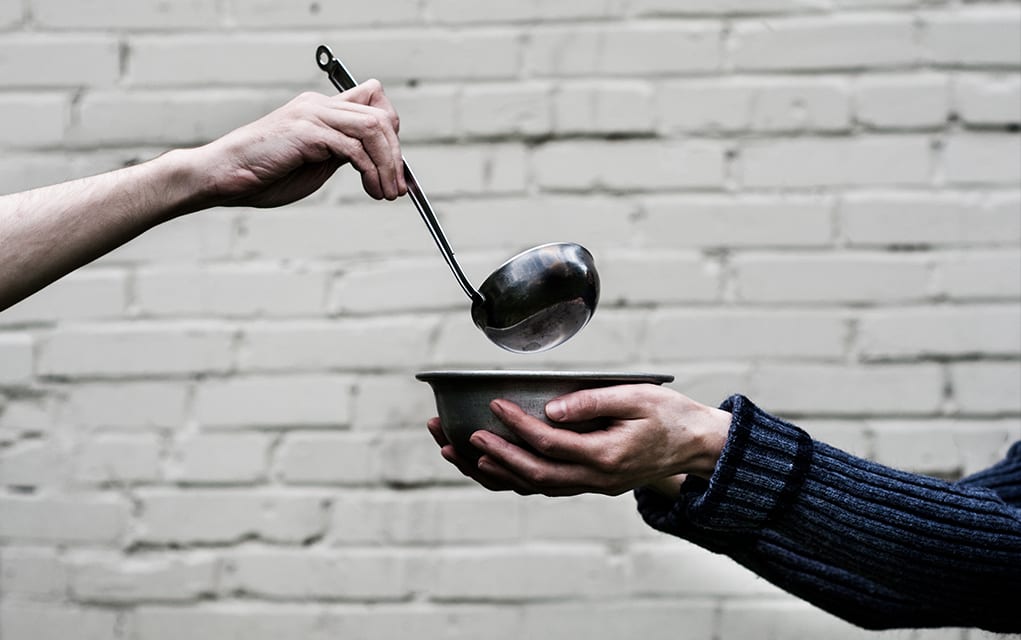 After 20 years of living among the poor, I’ve learned an important question to ask myself about every endeavor: Is this replicable?

I learned the hard way what NOT to do in poor communities.

When I first came to Cambodia 22 years ago, the place was a mess. People were poor. Dirt poor.

Frankly, you’d have had to be a heartless zombie not to respond.

And the missionaries came flooding in. We were full of compassion and big dreams. Some were here to plant churches. Others were here to bring development. Some ambitious souls wanted to do both.

Every one of us was here to see transformation.

Now 20 years later it’s easy to see what worked and what didn’t work. And more tellingly—what worked while the foreigners were here, and what fell apart after they left.

So, how can you know? How can you evaluate whether what you are doing is going to last? How can you create something that will continue to bear fruit, even long after you have gone home?

Over time, I’ve discovered a rough way of measuring whether something holds the seeds of long-lasting impact or not. It’s contained in this simple, 3-word question:

In other words, is this approach to church planting, or development among the poor, an approach that local people can repeat when I’m no longer around? Or does it require my expertise and outside resources to make it last?

So, how does this actually play out in practice? What is, or is not “replicable”, when it comes to starting a church in a poor community?

I heard the story this week of a church planted by an American missionary in South America.

After all, that American missionary knew that his church members were poor. He had access to American resources and he just wanted to bless them.

But he didn’t realize he was actually doing them a great disservice.

Eventually, it came time for the missionary to move on. So after about 12 years, they handed over leadership to a local pastor. You could almost hear the screech of metal and grinding of the gears as this poor leader tried to get people in the church to take ownership and responsibility for the expenses of the church. Many left. Others questioned why they had been abandoned by the Americans. The church struggled to find its feet and lacked a viable vision for planting more churches.

To put it another way, there is a reason why so many foreign-planted churches never multiply. These churches are just not replicable. Often, they are not even sustainable.

Now check out the alternative missions strategy of Jesus in light of this discussion:

From Outreach Magazine  What Sociology Can Teach Us About Church Planting

“Calling the twelve to him, he began to send them out two by two and gave them authority over evil spirits. These were his instructions: ‘Take nothing for the journey except a staff—no bread, no bag, no money in your belts. Wear sandals but not an extra shirt. Whenever you enter a house, stay there until you leave that town …’” (Mark 6:7–10).

As his disciples travelled through town and city, they encountered some who were willing to partner with them and welcome their message of the Good News. In every place, there were some who already got this radical Kingdom sharing principle. Some were willing to open their homes and share their resources, even without really knowing Jesus’ message. These were the folks they could work with. These were the men and women Jesus called “People of Peace.”

Others didn’t get it, or simply didn’t want to participate in such a radical experiment. Jesus told his missionaries not to spend time in these places, but to shake the dust from their feet and move on.

So, not every situation will be ripe for transformation. We need wisdom to know who to work with. And not use our money to make it happen, when the timing isn’t right.

So maybe you’re not a church planter. Maybe you’re a development worker, hoping to bring about change in an impoverished community. Let’s take a look at a development project and ask ourselves: Is this replicable?

Let’s say you are living in a place with a lot of malnutrition and hunger. People are struggling, and kids are missing meals. They are hungry. So you think, I’d better start a feeding program. People need food. I can raise money to buy food. Problem solved!

And just as in the church planting example above, you will certainly have solved the immediate need. Hungry people will no longer be hungry—as long as you are around to raise money to buy them food. This may actually be the only response possible in an emergency situation.

But what happens when the next crisis comes along? The local people have “learnt” from your model and they know just what to do. They need to raise funds from outside to solve their problems. Unfortunately, they don’t have the contacts or resources to pull this off. An opportunity for growth and true transformation has been missed.

But what if instead of a feeding program, your intrepid development worker developed some way to encourage those with food to share with those lacking food?

This is exactly what we’ve tried to do in the Alongsiders movement. By training Christian young people to walk alongside one vulnerable child each in their own communities, we’ve created a simple self-help model that anyone can participate in.

From Outreach Magazine  When Your Ministry Lacks a Heart for Mission

For example, when their “little brother” or “little sister” has no lunch or stationery for school, these Alongsiders share a simple meal, a pencil, or a half-used notebook from their own home.

These tiny acts of generosity may seem kind of pathetic on the surface. After all, I could easily raise funds to give a whole school bag FILLED with awesome stationery to every single one of the thousands of kids in the Alongsiders movement.

But I can guarantee that those Alongsiders mentors would never give again from their meagre possessions. Why give when the big NGO can give so much more?

And thus, we would have killed something beautiful with our “generosity”.

The disciples were still getting their heads around this concept when they got back from their successful mission trip in Mark 6 – having been forced to rely only on God and the generosity of local people. They come back pumped with excitement at the impact and transformation they have witnessed.

As they head off on a debriefing retreat with Jesus, they are derailed by the urgent need to feed 5000 people! That would take some feeding program, eh Jesus? Still confused by the lessons they should have learned by now, the disciples suggest that Jesus should send the crowds away. The need is simply too great!

When Jesus rejects this idea, they consider using their salaries to bring in food from the outside. Again, Jesus refuses. He knows that this approach might solve the immediate problem, but he has the big picture in mind. He is helping them to learn lessons about sustainability and trust for the future.

Finally, a boy who is willing to share his bread and fish comes forward. Local resources are found. They lift these up to God …

And the rest is history.

Jesus showed us the way.

By centering local resources and looking to God for miracles, we can ask and positively answer the question—Is this replicable?

[Author’s Note: I realize there are some situations where it wouldn’t be appropriate to prioritize being “replicable”—e.g., a humanitarian emergency, transferring technical skills or an infrastructure project. However, all too often, nothing we do is replicable—and that’s a problem.]