Home Features From Monolithic to Multiethnic 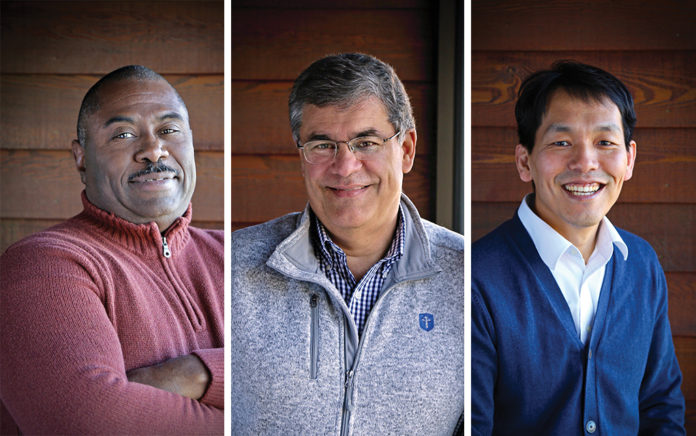 How understanding the mystery of the gospel transformed a church.

For many years, Jonathan Seda served on the board of Mosaix Global Network. Both as an outstanding pastor and a superior theologian, he has applied himself to the pursuit of building healthy multiethnic churches for more than 20 years. Recently, Jonathan activated a succession plan and moved from senior pastor to a new role at Grace Presbyterian Church in Dover, Delaware. It’s a story worth sharing as I’ve invited him to do, here, in his own words.

As I reflect on my 37 years of ministry at Grace, many milestones were crossed along the way, the most significant being our transition away from homogeneity and toward becoming a multiethnic church.

THE MYSTERY OF THE GOSPEL

Somewhere in the 1990s, God used a series of events to awaken me to the scandal of racial division in the church. I remember being pulled up short when reading the closing words of Paul’s letter to the Ephesians:

“Pray also for me, that whenever I open my mouth words may be given me so that I will fearlessly make known the mystery of the gospel, for which I am an ambassador in chains” —6:19–20

Wow. I paused. The mystery of the gospel? What exactly does he mean?

Turning back to Ephesians 3:6, I came to recognize that Paul had already defined the phrase:

“This mystery is that through the gospel the Gentiles are heirs together with Israel, members together of one body, sharers together in the promise in Christ.”

I had never been taught or seen it before, but Paul clearly expressed that salvation, the local church and the coming eternal kingdom of God were not just for some people but for all people. In fact, it was for proclaiming this specific message—the mystery of the gospel and not simply the gospel itself—that Paul was actually arrested and imprisoned (see Acts 22:21–22). This realization set me on a biblical and ecclesiastical journey. In time, I concluded that the mission of every local church is to proclaim and demonstrate the love of God, beyond the lines of race and class, so that diverse others in the community will be drawn to Jesus by our love for him and for one another.

A CHURCH FOR ALL PEOPLE

With a new understanding and passion for what together we could become, Grace went from being monoethnic to becoming a healthy multiethnic church. Of course, to get there involved intentionality, and in our case, we began by engaging church leadership. Together, our leadership first studied and discussed the biblical vision of a multiethnic church. We considered the diverse churches at Antioch, Ephesus and Rome. We came to understand that such pursuits cannot be driven by political correctness or by changing demographics. Rather, we recognized a biblical imperative.

Next, I took time to preach and teach this biblical vision to our congregation. But even then I knew words alone would not be enough to bring the vision to life. We would also need to empower diverse (nonwhite) leaders in responsible positions of authority.

In 2006, we prayerfully sought a nonwhite person to join me in senior pastoral ministry, and God led us to Kenny Foster, an African American. Since that time, he and I have shared the duties of the pastorate equally, including the preaching. And later, when a significant number of first-generation Koreans began attending our church, we hired David Jikwang Kim, a pastor of Korean descent. To be clear, these men are not merely pastors of their own ethnic or cultural groups; they pastor the entire church.

Such additions have had a profound impact on our congregation. Seeing the diversity of our pastoral leadership team, our personal relationships and interaction, as well as our mutual respect for each other clearly communicated, as it does to this day, that we are a church for all people.

In August 2020, my season as senior pastor came to a close. Yet it was my inexpressible joy to preside at an installation service through which my good friend and colleague of many years, Kenny Foster, was installed as the new senior pastor of Grace Presbyterian Church. As I handed the baton to Kenny that day and looked out over the wonderfully diverse congregation, I was filled with a sense of completion.

Looking back to the very white and middle-class church to which I came in 1983 and seeing the multiethnic church it has become, I recognized another beautiful milestone had been passed.