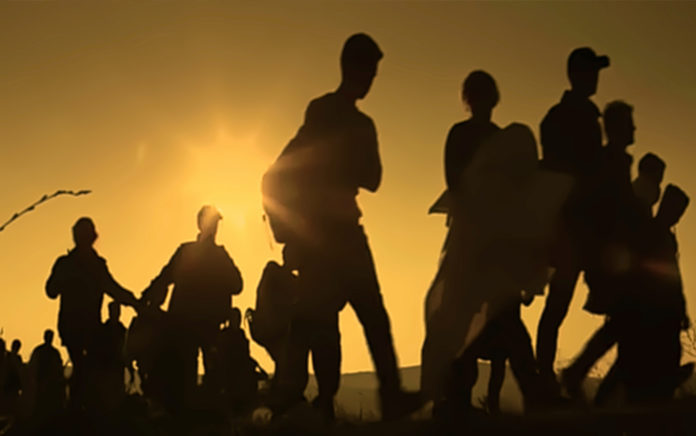 The annual ceiling for refugee admissions to America is likely to be raised. Are we ready to serve them?

Though evangelical Christians, like the rest of the nation, were profoundly divided as they went to the polls, President-elect Biden is poised to make changes in one particular policy area—refugee resettlement—that will present an enormous opportunity for the U.S. church, if we have the eyes to see it, can work together and have the foresight to prepare now.

Speaking to a Catholic group this past week, Biden committed to set the annual ceiling for refugee admissions at 125,000. That’s not all that high from a historical perspective: Presidents Carter, Reagan and George H.W. Bush all set higher ceilings during their respective administrations. But if the Biden administration were able to meet a goal of resettling 125,000 refugees in the coming year, it would account for a whopping 956% increase over the historically low 11,841 refugees resettled in the federal fiscal year that recently ended.

Actually meeting that 125,000 refugee goal will be difficult. First, contrary to popular misperception, no refugee is resettled to the U.S. without first undergoing a thorough vetting process overseas, which generally takes 18 months or longer to complete. The current administration has significantly cut back on overseas refugee processing, such that the new administration will need to ramp up interviews and processing to ensure people are ready to travel to the United States. With fewer than 125,000 refugees currently in the pipeline, it likely will not be possible to hit that goal, though there will likely be a significant increase.

Equally challenging, the infrastructure for integrating refugees into local communities throughout the U.S. has been decimated. For decades, refugee resettlement has been a public-private partnership between the U.S. government and several national nonprofit organizations, most of them faith-based, that are primarily responsible for assisting refugees once they arrive. World Relief, where I work, for example, is the humanitarian arm of the National Association of Evangelicals. World Relief and eight other national resettlement agencies raise private funding to complement governmental funding to provide initial housing and other basic needs for newly arrived families, to mobilize volunteers and to assist in the process of long-term cultural integration, language acquisition and economic self-sufficiency.

As the number of refugees (and corresponding governmental funding) has been slashed since 2017, though, these organizations have all downsized. World Relief went from resettling 8,352 refugees in FY2016 to just 1,217 in FY2020, an 85% decline that roughly mirrors the national trend. Faced with less funding and with a staff and volunteer capacity mismatched to the very low number of refugee families arriving, World Relief shuttered eight U.S. locations, halted new resettlement in several additional locations, and laid off more than one-third of its U.S.-based staff. Other agencies have made similarly difficult decisions. Overall, nationally, there were 38% fewer resettlement offices this year than at the beginning of 2017.

That infrastructure simply cannot be rebuilt overnight. But therein lies the opportunity for the church.

Christians have many biblical reasons to partner in refugee resettlement. God commands his people to show particular concern for the foreigner, along with the fatherless and the widow (Deut. 24:17-21, Jer. 22:3, Zech. 7:10). Hospitality—literally, in the Greek of the New Testament (philoxenia), the love of strangers—is a requirement for church leadership (1 Tim. 3:2) and mandated of all Christians (Rom. 12:13).

Additionally, many refugees resettled to the U.S. in the past decade have been persecuted Christians; many became refugees precisely because they were first Christians, and as such faced persecution in countries such as Burma, Iran, Iraq and Pakistan. As refugee resettlement overall has plummeted, resettlement of Christian refugees from the 50 countries on the 2020 Open Doors World Watch List has declined by roughly 90%—but it will now likely rebound. U.S. Christians should be the first in line to welcome these brothers and sisters.

Of course, other refugees are not Christians. I suspect it is because many white Christians are wary of Islam (and might incorrectly presume that most refugees resettled to the U.S. are Muslim) that a significant minority of white evangelical Christians actually oppose refugee resettlement, seeing it as a potential threat. But I believe the arrival of refugees of other faiths is actually a Great Commission opportunity for the U.S. church. It’s an opportunity to demonstrate Christlike love for our neighbors, whom Jesus makes clear we cannot narrowly define to include only those who share our faith (Luke 10:25–37). Thanks to the religious freedom we enjoy in the U.S. (but which is absent in many of the countries that refugees have fled), Christians are free to respectfully share what we believe, and those of other faiths are free to either embrace or reject the message of the gospel. When welcomed and loved well by church-based volunteers, many refugees have made the decision to follow Jesus within the U.S.—and that dynamic is likely to increase if the refugee resettlement program is restored. So how can U.S. Christians seize this important moment?

1. Churches should focus on discipleship. Polling suggests that relatively few evangelical Christians think about issues of immigration primarily as a biblical issue. To develop that perspective, churches need to preach and teach on the many Scriptural injunctions that relate to God’s love for vulnerable foreigners.

3. Churches and individual Christians should reach out to the World Relief office or other refugee resettlement agencies in their community. All of these organizations are trying to rebuild capacity for a dramatic increase in refugee admissions, and financial partnership from churches and individuals is crucial. Giving to help sustain refugees is a contemporary application of God’s command to the Israelites to set aside a tenth of their income to sustain not only the religious-professional Levites but also “the foreigner, the fatherless and the widow” (Deut. 26:12).

4. Beyond financial support, resettlement agencies will also need donations of items to furnish apartments for newly arriving refugees, who generally arrive with almost nothing, and more trained volunteers to help welcome new refugees. This is a very tangible way that Christians can demonstrate the love of Christ to those who are starting over in a strange land—as individuals, as families, as small groups or as churches.

In communities where there is not a refugee resettlement organization, local churches should reach out to organizations like World Relief to note their interest. While there are many factors to consider in the decision to pursue resettlement in a new location, one of the most important is confirming that there is a welcoming community—including local churches—that is eager to embrace refugees.

My prayer is the U.S. will indeed restore the U.S. refugee resettlement program, once again becoming a nation that offers safety, freedom and opportunity for the persecuted. And that the U.S. church, despite its political differences, would unite to play a central role.