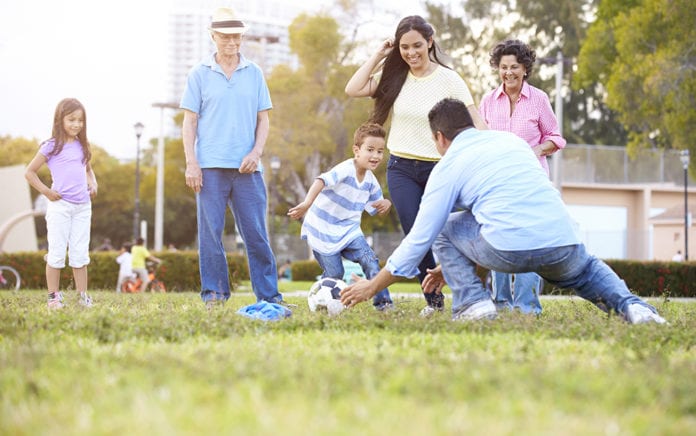 Jesus has gathered his church to put the beauty of his creativity and wisdom on display to the ends of the earth.

I was born in Puerto Rico, and my family moved to the United States when I was almost eight years old. My dad moved us to Florida because of difficulties that we were having there as a family and his involvement in politics.

And I have to confess, it was a tremendous challenge moving to the U.S. Even though I was born a U.S. citizen, I didn’t know any English words. Moving to a place where there was a different culture, a different language, having to learn English from scratch, trying to fit in every way that I could, trying to identify with professional sports teams like my American peers, or just trying to have the same fashion. It was very difficult.

What I would like to communicate with my brothers and sisters in Christ here in the United States, particularly those who are Anglo and in the majority culture, is you don’t have to think a lot about these things, but many of us who come from other places and people who come from minority cultures have to think about how to navigate in your world pretty much all the time.

One of the encouragements I would offer is to realize that each of us, you and me, are created as unique individuals in the image and likeness of God. And so the bottom line, we share the same human needs. We are human persons, male and female, but we need to treat one another with the dignity of the image of God.

The greatest encouragement I can offer is to look at people as individuals created in the image of God and to treat them with that dignity.

From Outreach Magazine  Albert Tate: 'Don't Buy the Fake News of the World'

But what you also need to understand is, as brother and sisters in Christ, we have more in common with one another, with people who don’t even speak our language, than we do with our own blood-kin, our family members in our own households who are not believers. We have more in common with a believer who has come out of the Muslim faith in the Middle East than our American neighbor down the road who has an American flag waving in front of their house, but doesn’t know Christ.

As a church and as Christians here in the United States, our mission is to see all peoples become wholehearted followers of Jesus Christ. We’re to go everywhere, without discrimination, calling all peoples everywhere to repent and believe in the Lord Jesus Christ, regardless of which nation they came out of.

The United States is a very young nation. We need to understand that, should the Lord tarry, we need to continue sharing the good news of the gospel of Jesus Christ to all peoples that they may come to faith in Christ and be incorporated into the body of Christ, so that together we would display the manifold wisdom of God.