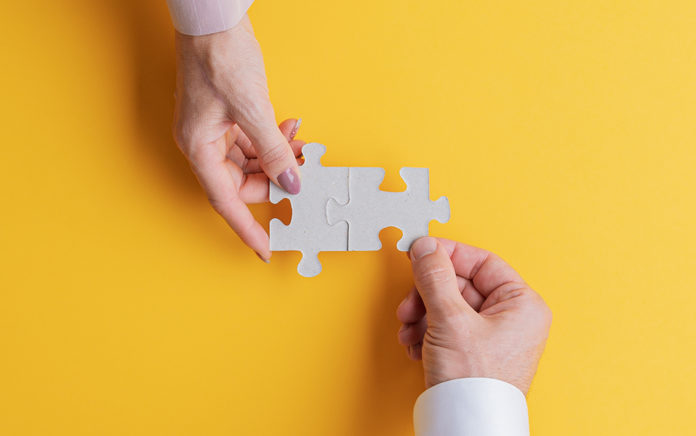 How to know if your churches are compatible

“At our church, we now think it makes sense to consider merging, but are our two churches compatible?”

“Can two walk together unless they are agreed?” —Amos 3:3

For the past decade we have been witnessing a swelling wave of mission-driven church mergers that is transforming the church landscape across North America. Mergers are occurring among churches of all sizes and types, and in increasing numbers. They are happening in urban centers, suburban neighborhoods and rural communities. Such mergers reflect a growing trend where two local churches at different life stages leverage their common DNA and complementary differences to generate synergy for healthier ministry, greater outreach and stronger community impact.

In our recently released expanded and updated edition of Better Together: Making Church Mergers Work Warren Bird and I document several reasons for this increase in mergers.

• Multisite churches have continued to benefit from mergers with over 40% of multisite campuses being obtained through a merger.

• 20% of church planters meeting in rental venues have acquired permanent facilities by merging with an existing church.

• Denominational and network leaders are also seeing church mergers as a vehicle for church revitalization, pastorless churches and pastoral succession.

The rapid rise of the “Nones” (“no religious preference”) remind us of dramatic shifts in cultural attitudes away from church attendance, which helps explain a distinct decline in church attendance in the past decade. Undergirding the rise in mergers is the painful reality that 80% of the 320,000 Protestant churches in North America are stuck or struggling to survive—and that was before COVID-19. The likely demise of many of these churches with “underlying health conditions” is accelerating as a result of the coronavirus pandemic.

It is likely that in the next 18 months every church in America will be presented with the possibility of playing some role in a merger.

Church mergers have clearly become a viable option for strong as well as stuck and struggling churches.

So how do you determine if a merger is right for your church?

And even if it makes sense to consider merging with another church, how do we know if we are compatible?

As the prophet asked, “Can two walk together unless they are agreed?” (Amos 3:3). That is the main issue behind every merger conversation. Can we walk together? Can we agree? Are we compatible?

No two mergers are alike. Every church merger comes about through a unique set of circumstances. Yet every merger conversation revolves around three primary questions in our search to determine, “Can we walk together?”

1. Is the Merger Possible?

Every merger involves a lead church and a joining church. The merging of churches is a delicate dance where one leads and the other follows. The lead church represents the dominant or primary culture that will continue through the merger. The joining church is the congregation that will be lifted or otherwise shaped to become more like the lead church.

The church merger dance typically begins with the two senior pastors or acting leaders of their respective congregations. The majority of church mergers are initiated by the joining church or sometimes by a denominational official or consultant. Should two congregations consider merging? Here are four exploratory questions to help determine if a merger is a possibility:

1. Would our congregation be better by merging rather than remaining separate?
2. Could we accomplish more together than we could separately?
3. Would our community be better served if we joined together?
4. Could the kingdom of God be further enlarged by joining together?

If the senior leadership of both congregations concludes that the potential benefits of merging outweigh the drawbacks of remaining separate, then the merger dance can begin.

2. Is This Merger Feasible?

The goal behind this question is for the two governing bodies to determine congregational compatibility. We have identified 25 distinct issues that every church merger has to work through to determine if the two congregations are really better together. Though every church merger is different and has a unique “church print,” all will have to work through these twenty-five issues to assess their compatibility. Although only a few issues are potential deal-breakers, all of them have to be addressed.

The best merger possibilities occur when there is at least an 80% DNA match between the two congregations in doctrine, philosophy of ministry, and ministry style. Like any good marriage, the more in common, the better the chances of success. But sometimes, as in a good marriage, the right combination of opposites has a strong attraction to each other, such as a suburban church seeking more meaningful engagement with an economically challenged area and a downtown church surrounded by need but lacking in resources to make it happen.

This is the most strategic move in the merger dance because all the issues and processes have to be worked out and agreed upon by the leadership before a merger can be recommended.

The lead church needs to take the initiative in addressing the 25 issues with the joining church. Typically, we recommend appointing a feasibility team of five to seven individuals usually from the two boards and chaired by the lead church. The feasibility team should be composed of church members who are favorably disposed to the idea of a merger. They will address all the issues, design a timeline for the pre and post-merger journey and make a recommendation to the governing boards. The feasibility team also makes a good transition team later to monitor the post-merger progress. This process will also give both churches the information needed to create a set of public FAQs (Frequently Asked Questions) if a merger is recommended.

From Outreach Magazine  The Generosity Factor: Why Growing Churches Feel Compelled to Reach Out

This feasibility process culminates in a decision by the governing boards to make a recommendation to their respective congregations to merge or not to merge.

3. Is This Merger Desirable?

The answer to this question becomes apparent as the churches go through a process of stakeholder conversations and public meetings to discuss the recommendation to merge, concluding in a church-wide vote or poll. Every church merger that I have worked with who determined they were compatible enough to recommend a merger has been approved by both congregations.

There are many potential benefits of a church merger, but there are also many opportunities to step on each other’s toes in the merger dance. Most church mergers need a guide that both congregations can trust and who knows how to facilitate the delicate conversations that need to occur for a successful merger. This person can name the “elephant in the room” that both parties are reluctant to address out of courtesy or fear. The facilitator often becomes the mediator that helps both parties land on resolutions to sticky merger issues.

“An outside consultant will help the two churches focus on the critical decisions that will determine whether or not the merger will work. Because we don’t have any history or relational connections, we can raise the sensitive topics that need to be addressed, particularly around personnel decisions and ministry alignment, and guide both churches through the merger process.” — Tony Morgan

After all the due diligence has been done to determine feasibility and the leadership of the two congregations conclude that the merger is doable, there is one final question, really the most important question:

Is this merger a God-thing?

Is there a profound sense that God is in this decision to merge? Is there a compelling awareness that this is something the Holy Spirit has orchestrated? Has the Bible spoken to you about this merger? Are your motives God honoring? Have wise and objective advisors affirmed it? Is there a strong sense that, “If we don’t do this, we’re being disobedient to the promptings of the Holy Spirit?”

Don’t move forward with a merger if you don’t see God’s fingerprints all over it. But if there is an overwhelming sense that God has brought this merger together, enjoy the dance!