Home Features Debunking the 5 Most Common Criticisms of Megachurches 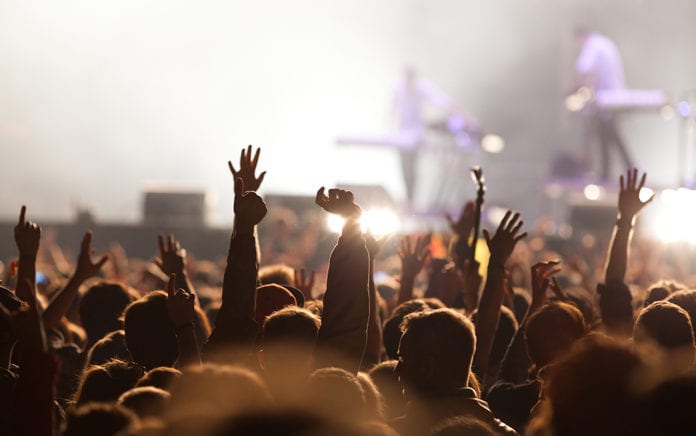 Many people hate megachurches, but let’s take a closer look at whether their criticisms are founded.

When you think of large churches and megachurches, what comes to mind?

If there’s one thing I’ve learned from writing about the church, it’s that some people hate megachurches—with a passion.

I try not to engage the trolls and the haters in the comments on my blog (engaging them just gives them what they want). But I’ve also noticed that even among normally more balanced and nuanced church leaders, it’s easy to take swipes at megachurches.

Sometimes I wonder how much of that is born out of envy, a sense of inferiority or simple misunderstanding, but after years of hearing people complain about large churches and megachurches, it might be good to revisit the subject more intentionally.

A while back, someone left this comment about some large church pastors who burned out:

“Wish these guys would get wise and start obeying Scripture and follow the New Testament model of interdependent churches under presbytery rule with representatives. Of course these preachers get burned out. They’ve made themselves the lynchpins of megachurches. They should get burned out. It’s a bad model of church government on many fronts, and it’s actually from the mercy of God that these men burn out. Churches are meant to be small, tightly knit communities, not splashy corporations. You build a monster, you get devoured. Or you become a monster. Burnout of megachurch pastors probably saves souls.”

Burnout of megachurch pastors saves souls? I wish I was making this up. But I’m not. Somebody actually wrote this.

Are megachurches perfect? No. But no church is perfect, including small and midsize churches.

Even on a simple logical level, saying all megachurches are bad is like saying all small or midsize churches are bad. It’s just simplistic and illogical thinking. And for the record, I’m a fan of small churches—of any size church—that wants to reach its community.

And occasionally, when small churches start to reach new people, they become midsize churches. And then, before you know it, some of them become larger churches. Then what?

So what happens when a church starts to grow? Do you shut the growth down? Do you get bad at what you do so you stop reaching people? Or do you keep your churches smaller on purpose and multiply (by the way, that’s now called multisite)?

The logical issues, alone, with slamming large churches are riddled with problems.

But it’s even deeper than that.

So here are five criticisms of large churches it’s finally time to drop.

I can’t tell you how many times I’ve heard people say that a large church is a one-person show.

That’s because—quite naturally—most of us think of the founder or senior leader when we think of a large church (there are some large churches where that isn’t the case, but they’re the exception).

As a rule, most large churches hardly behave like a one-man or one-woman show. There are actually teams of highly skilled leaders around the point leader. Anyone who says a large organization is a one-man show doesn’t understand what’s required to lead a large, complex, let alone multisite organization. You simply have to have dozens to hundreds of capable staff and thousands of capable volunteers.

In reality, far more small churches are one-man or one-woman shows than large churches. It’s far more likely that a small church or a midsize church (say 400–600) is a one-person show because it is possible for the leader to do pretty much everything. That breaks down entirely once your church is larger than 1,000 in attendance. In fact, your church will never sustainably grow to 1,000 people if it’s a one-person show run entirely by the leader.

From Outreach Magazine  My Top 10 Books to Read This Summer

While the reasons for Mars Hill’s collapse five years ago are complex (I talk about them in Episode 79 of my Leadership Podcast with Mars Hill insider Justin Dean), you can argue that it wasn’t sustainably built because it imploded when Mark Driscoll left.

But Newspring and Cross Point Churches have done very well under new leadership since their founding pastors left. For more on the encouraging story at Cross Point, you can listen to my interview with Kevin Queen and another with Cross Point’s senior leadership team members Drew Powell and Matt Warren.

And many other very large churches have gone through changes in leadership successfully. Southeast Christian grew significantly after its founder left and is now on the third generation of succession. Christ Fellowship in Florida is thriving after its founder left. Gene Appel handed over a very large Central Christian Church in Las Vegas to Jud Wilhite, who has led it to unprecedented growth and expansion over 15 years.

2. THE PEOPLE WHO ATTEND ARE BLIND SHEEP.

First of all, if you think the people who attend large churches are all blind sheep, why don’t you ask them if that’s the case? After all, it’s a pretty insulting accusation.

If you visit most megachurches, you won’t find blind sheep. You will find leaders. Actually, most often, you’ll find capable leaders—independent men and women who appreciate the level of purpose, thoughtfulness and mission behind many of today’s larger churches.

I’m not saying leaders don’t also go to small or midsize churches, but they also (perhaps predominantly) become engaged in large churches. Why?

Well, because great leaders tend to gravitate toward churches and organizations that are well led.

They want to be well led in church because that’s what they’re used to in the marketplace and in life. Great leaders attract great leaders.

They’re used to leaders and teams of leaders who know how to make critical decisions, to advance a collective cause, and who can lead and manage complex organizations.

Of all the criticism, this one stings me the most personally, mainly, because it’s just not true. And while I haven’t led a gigantic church personally, I’m founding pastor of a large church (1,500) and this criticism always chased our ministry.

Start with the basics. What is a disciple?

Someone who has decided to trust Jesus as their Savior. But how do you know whether they’re following Jesus?

Jesus actually gave us a very practical test that helps us tell. He simply said: “By their fruit you’ll recognize them. Do people pick grapes from thorn bushes, or figs from thistles?”

In other words, look at someone’s life for the evidence.

Knowledge, as the Apostle Paul pointed out, is not spiritual maturity. Knowledge makes you arrogant. And arrogance isn’t a mark of Christian maturity.

From Outreach Magazine  The Most Important Question for Every Church Leader

If you go to a megachurch, you will discover thousands of people whose lives look more like Jesus a few years down the road than they ever did before. You’ll discover people who have placed their faith in Jesus and who are being transformed by the love of God (and you’ll discover that in small and midsize churches too).

You know who isn’t being transformed by love? The critics.

This is a fun argument to spin because it sounds like what Yogi Berra said about a certain New York restaurant: “Nobody goes there anymore. It’s too crowded.”

While it may be true that there is a cultural trend toward smaller, the truth is people continue to flock to megachurches. Studies continue to show that megachurches keep getting bigger and there are more of them every year. And even a more recent study shows churches over 250 in attendance are more likely to be growing and seeing people become Christians.

Large churches are doing a better and better job of making things smaller too. The launch of new, smaller campuses and smaller worship spaces are models many megachurches are adopting.

The paradox is that large churches keep getting larger and smaller at the same time. Which is one of the reasons they keep growing larger.

This is a common criticism of megachurches. People don’t like the lights, the structure or “CEO” style leadership.

I’m just not sure the argument stands up, though.

First, the critics of megachurches are rarely practicing what might be called “biblical” forms of church. My guess is most don’t get up at 5 a.m. each day before work, get together with other Christians to pray and promise each other that they won’t cheat on their wives, that they’ll care for the poor and stay faithful to Jesus.

My guess is they’re not reciting ancient canticles, gathering daily in each other’s homes and radically pooling their possessions to care for the poor and help other fledgling churches fuel the rapidly expanding Jesus movement. If they are, my hat’s off to them. This is probably a fair representation of the form of first-century Christian worship.

The reality, of course, is that the church has always changed, adapted and responded to changing times.

Organ music, now seen as traditional, obscure or even quaint, was the “radical” new worship of the 19th century.

It’s so easy to confuse the method with the mission and preferences with principles. The methods change. The mission doesn’t.

In fact, if you want to jeopardize the mission, never change your method. You’ll become irrelevant in a generation. Just as Nest and Ring have changed home security, Lyft and Uber have disrupted taxis, Airbnb has changed the hotel industry and the way we vacation, it’s not that people gave up on home security, transportation or accommodation, it’s just that how we now do that has changed.

Ditto with the church. There may be a day where large churches are no longer an effective way to share Christ with others. If that’s the case, they’ll fade. In the meantime, though, if they continue to lead people into a growing relationship with Jesus, why stop them?