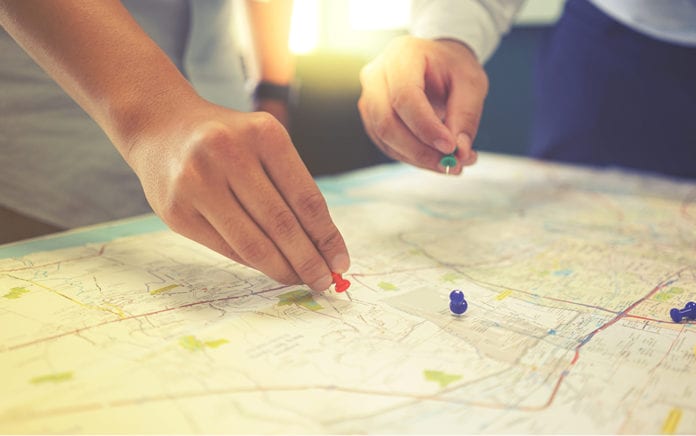 One overwhelming argument against a church having multiple campuses or congregations is “what happens to those campuses if the celebrity pastor dies or blows up his life?” By a church having multiple congregations or campuses, I am referring to the “multisite model,” where the church operates as one church yet is localized in different communities. […]

One overwhelming argument against a church having multiple campuses or congregations is “what happens to those campuses if the celebrity pastor dies or blows up his life?”

By a church having multiple congregations or campuses, I am referring to the “multisite model,” where the church operates as one church yet is localized in different communities. Typically this means one governance, one name, one budget, one programming philosophy, one teaching team, etc. Often, but not always, video teaching is utilized at least some of the time. The “multisite approach” has grown significantly over the last 15 years.

When I served as executive and teaching pastor at Christ Fellowship in Miami, Florida, I worked alongside our team to launch new campuses and transition our church to that approach of ministry. We saw the Lord do amazing things as ministry in the city was expanded, more people were reached with the gospel and leaders were developed and deployed.

I realize there are other arguments, often theological, against a church having multiple campuses, but one of the most practical arguments has essentially been: “multiple campuses extends a leader’s personality in an unsustainable way and builds a ministry around one communicator on a screen.”

And I want to only address that practical argument today. If that view were accurate, one would expect that when a sudden and unexpected pastoral transition occurs that the “multisite campuses” would struggle more than the “main campus.” After all the argument supposes that the new campuses are built on attracting people to a celebrity leader who is now no longer there or a “brand” that has been tarnished.

From Outreach Magazine  Overcoming the Pain That Comes With Leadership

Without naming churches (and please don’t tweet at me), there is some early and limited evidence that the counterintuitive is occurring. It is not the “main campus” that is thriving in the midst of sudden change or chaos, but the “multisite” campuses. I have heard from numerous leaders, “actually and surprisingly, our multiple campuses have been more stable in the change than the original campus. I have been asked why I think this is the case, and here is what I think. I am still thinking about this and am still listening and learning, but here are two reasons multisite campuses are better prepared for sudden pastoral transition than the original campus.

Jesus did not call his people to make church consumers, but to make disciples. The goal of a church must not be people who consume our tightly produced religious goods and services but a people on mission to show and share the grace of Jesus. The church’s goal must not be consumption but deployment. If you believe that, you rightly get concerned about any approach to church ministry that helps keep church consumers as church consumers and fails to move them to more. Church consumers tend to bounce when a church goes through a tough time. Based on casual observation, it does not seem that a campus with a pastor on a screen attracts more “church consumers” than a large church with an incredible facility.

Every church should be focused on their surrounding community, and any church that believes and applies the gospel will be. However, when a multisite campus is launched, it is typically launched with the missional goal of loving and serving a specific community. People who are united around a mission are better prepared to handle disappointments, change and pain.

Regardless of where you land on the multisite approach to ministry, we can surely all agree that we are weary of seeing sudden pastoral transitions. And we can also agree that a church that has united people around mission is best prepared for a sudden transition.