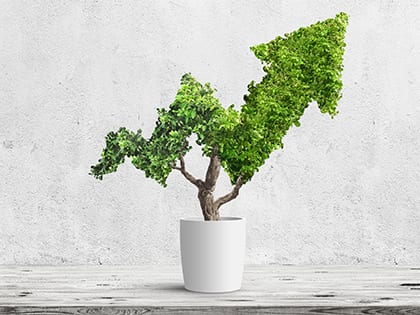 Growth is something we’re all pursuing, but it comes with its own unique challenges.

As tempting as that is to believe, it’s just not true.

I outlined the struggles smaller churches experience in my post 5 Tensions Every Small To Mid-Sized Church Leader Feels. Having started ministry in very small churches, I can relate to each of those struggles personally.

But your struggles as a leader or as a church don’t go away when your church starts to grow. They simply change.

As our church has grown from a handful of people to over 1,500 people who now attend and over 3,000 people who call our church home, we’ve navigated all of these challenges. So has almost every church that’s grown. And I’ve felt the same challenges as my blog, my leadership podcast and other things I do have grown.

Here are nine things pretty much every leader struggles with as their church or organization starts to grow.

The challenge when your church isn’t growing is that you will likely feel inadequate and insecure. You’ll feel bad about yourself because, for whatever reason, you have the subtle feeling you’re failing.

Conversely, when your church or organization begins to grow, that feeling disappears. Your ego will assert itself a little more and you may even be tempted to strut a little. Ego and growth go hand in hand after all, don’t they?

Well … surprise, both insecurity and an inflated sense of self are forms of pride.

Most people only see the second as a source of pride, but they’re wrong.

Pride is simply an obsession with self. Insecure people obsess over themselves too.

Pride shows up no matter where you are.

I wrote more about the various forms of pride and how to battle them as a leader here.

I began ministry in a church of six people (and that was a normal Sunday … a bad Sunday was two people). When your church is really small, you’re pretty much available to do anything anyone needs. How can you argue you’re not available when you lead a tiny church?

But as your church grows, you need to begin a transition away from being available all the time. If you don’t, you will implode or your church will stop growing.

You can be generally available to 20 people.

You will wear yourself out trying to be consistently available for 200 people.

You’ll die trying to be available to 2,000 people. Frankly, you’ll never even serve that many people because it’s humanly impossible, even if you worked 7 days a week, 20 hours a day. People will just walk away, their calls unanswered and their needs unmet.

As my friend Reggie Joiner says, the problem with needs-based ministry is there’s no end to human need.

Your church will struggle with the pastor being less available as it grows. But it will struggle even more if you don’t restructure to grow bigger.

To reach more people, you need to be available to fewer people.

3. The Relentless Pressure of Inbound

When you lead something small you spend a lot of time trying to generate momentum.

You reach out to people. You’re proactive. You have a little extra time.

The challenge with growth is that suddenly your leadership shifts from outbound (you creating the opportunities) to inbound (everyone wanting something from you).

This can be really overwhelming.

You find yourself with very little time to write a sermon, do strategic planning, develop leaders, take your best team members to lunch. You can barely keep up.

Days off become a thing of the past, and you almost drown in the process … unless you learn how to handle the pressure.

In a growing organization, you will always have more demands than you’ll have time. So learn to master your time. (There’s some help here.)

4. Not Doing Everything Yourself

A companion of being less available as a church grows is the reality that a pastor can’t do everything.

Many pastors of small churches start out as jacks of all trades: preacher, pastor, chaplain, wedding officiant, funeral officiant, Bible study leader, team leader, curriculum designer and even friend who drops by.

When your church is small, it’s natural for the pastor to do almost all the work, because it seems there is no one else available to do it, and no money to outsource it or to hire anyone else.

When I started in ministry, in addition to preaching, teaching and vision casting (my primary gifitings) I also designed and printed the bulletins, created any computer graphics, performed weddings and funerals, visited people in hospitals, led the church Bible study and was actively involved in our kids ministry. I was only mediocre at most things on that list, and terrible at a few.

As our church has grown, my role has become narrower and narrower.

At 200 pastoral care became a groups and congregational responsibility, so did Bible study (which became small groups instead).

At 400, I let go of graphics and design entirely (thankfully). I also got out of direct involvement in student and children’s ministry as we hired people (I still share the vision, but no longer own the responsibility).

At 800, I stepped back from leading and attending most meetings and almost everything else to focus on preaching, teaching, vision casting and senior leadership.

If you want to grow, you have to let go.

This sounds like a small thing, but it’s a big thing.

People who are part of a small church panic about not knowing everyone’s name as a church grows.

Time to challenge that assumption. Why panic?

Truthfully most people don’t know everyone, even in a church of 50.

Human reality dictates we can only truly know about 5 people deeply and about 20 people well.

Which again leads to small groups and serving teams. You can (and should) organize 100s and even 1,000s of people to be known in smaller circles of groups and teams.

I think I have a personal capacity to know between 1,500 to 2,000 people by name and then my mind fries. Our church (and my life) has grown beyond that. At one point I tried to know all of our volunteers by name, but even now I get stumped (the volunteer name tags really help me).

If you’re leading a growing church, embrace that. Create a church where everyone who wants to be known is known.

You will reach far more people if you do.

If you’re going to lead a growing church effectively, you have to start leading leaders instead of leading people.

That’s a hard shift for many people, including church staff.

There’s a temptation to want to be known and recognized by everyone you’re leading. The truly great leaders are prepared not to do that.

From Outreach Magazine  Take Your Faith to Work

They realize that their greatest success will be found in leading staff and volunteers who can, in turn, lead others; which also means sometimes they get the credit rather than you; which again, is fine if you’re committed to becoming an effective leader.

If you’re not fine with others receiving the credit, you’ll eventually stunt the church’s growth to the level of your insecurity (and you’re right back to point 1.)

This is a hard one for any entrepreneurial leader (like myself). I love freedom and even spontaneity.

But for your church to ever sustainably pass 500 in attendance, let alone 1,000, you have to have systems.

Many entrepreneurial leaders are afraid of systems and structure because they think it means the creation of bureaucracy.

Like an office tower designed to house thousands of people, great systems and structure support the goals of the organization with lean but solid processes around finances, management, discipleship and even the weekend services a church offers.

Without structure, freedom collapses into chaos and disorganization.

Many pastoral leaders are people pleasers. As I argue here, that can be deadly.

As you grow, more and more people will show up with ideas about how to make things better.

Having a clearly defined mission, vision, strategy and culture will help you decide what to say yes to and what to say no to.

So once you start growing, all the critics will disappear, correct?

Sorry to break the news … but just the opposite. They’ll line up.

You’ll have internal critics who want things to be the way they used to be. After all, the people heading for the Promised Land always want to go back to Egypt.

But the critics are not just internal. Growth attracts a growing number of external critics.

Our generation seems to specialize in encouraging leaders and organizations to grow and then criticizing them when they do.

And before you accuse others, there’s a 99 percent chance you’ve thought or said something negative about a large church pastor you resent.

So how do you process the criticism when you’re the one being criticized?

The best way to process what your critics have to say is to understand why they say it.

First, take whatever good there might in what they said and reflect on it. You’re not perfect. You can learn and develop from it.

But then process why the critics are often so mean-spirited.

What usually fuels a critic’s animosity toward success and growth? Three things:

• Jealousy
• A need to justify their own lack of progress
• Sin

Once you understand that a critic’s arguments are often less about you than they are about them, you’re free to show compassion and even concern for them.

Carey Nieuwhof is a former lawyer and founding pastor of Connexus Church in Toronto, Canada. He’s the author of several best-selling books, including his forthcoming book, Didn’t See It Coming: Overcoming the Seven Greatest Challenges That No One Expects But Everyone Experiences (September 2018). This article originally appeared on CareyNieuwhof.com.