Home Features Why Many Pastors Are Ready to Quit 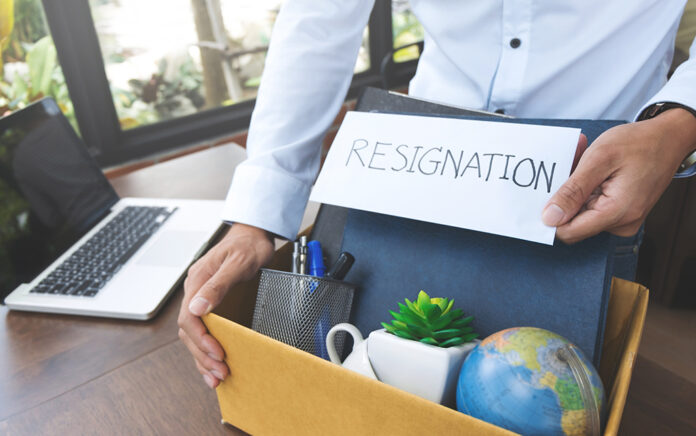 And 3 critical questions to ask before you do

By now you’ve heard the number.

According to a recent Barna poll, 42% of pastors have seriously thought about quitting ministry in the last year.

As you can see from the graph below, that number has risen significantly, jumping from 29% to 42% in just 18 months. And remember, that doesn’t include the pastors who actually quit. (They would no longer answer in the affirmative … they’re already gone.)

It’s a significant crisis that has to be taken seriously, particularly when there isn’t a long line of qualified young pastors waiting to take their place.

So, what’s going on?

According to a new Deloitte survey, an eye-popping 70% of business C-Suite leaders are seriously considering quitting for a job that better supports their well-being.

Is the Great Resignation Becoming the Great Evacuation?

It appears that the Great Resignation is morphing into the Great Evacuation. And if that’s the case, maybe it’s worth taking a moment to slow down and ask some serious, probing questions.

Don’t get me wrong.

I believe every leader should be part of a healthy thriving organization, and I applaud workplaces that place a priority on the well-being of team members and leaders.

But is quitting ministry or leaving the field you’re in now really the best solution, despite the fact that everyone seems to be doing it?

And if are one of the 42% (or 70% of business leaders), there are at least three questions to ask yourself before walking away from where you’re currently serving.

First, though, let’s break down the stated reasons for the understandable frustration a little more.

According to the most recent Barna survey, pastors cite the following reasons as the main drivers behind their desire to exit:

As you can see from the top 6 reasons and the longer list, all of these are legitimate concerns, and there’s not a single reason in the list that doesn’t have some basis in current reality.

But the first thing to notice is that the only reason a majority of the pastors cited in common was the immense stress of the job, which 56% named as the top factor.

After that, not a single stressor was agreed on by more than 50% of respondents.

As the proverb goes, every heart knows its own bitterness.

The question, then, becomes “Does the current undeniable tension and frustration every leader is facing really require an abandonment of calling or assignment?”

I don’t think so, at least not en masse. And at least not without careful, prayerful deliberation before God and with wise friends and colleagues.

So, before pastors and leaders hold hands and leap off the cliff together, a few things deserve some thoughtful reflection.

But the reality is that far too many churches aren’t changing quickly enough.

That’s why I’m hosting the Church Disruption Summit. It’s a free value-packed event where we’ll dissect the 7 Disruptive Church Trends That Will Define the Church of 2032 and get equipped with a framework to lead change.

Three Critical Questions Every Pastor Should Ask Before Leaving Ministry

I find when I’ve hit discouraging moments in leadership (and I have hit more than a few), asking questions is one of the best ways to get some clarity on whether an intended move is a wise one.

With that in mind, here are three questions to ask before you exit ministry or quit your current assignment.

But take another look at the list of reasons pastors cited for wanting to quit. The relief is going to last about 13 minutes.

When the world’s on fire, jumping from one blaze to another provides no guarantee you won’t be burned.

Changing jobs will change your stressors, but not it certainly won’t eliminate them. The great likelihood is that you’re switching one set of headaches for another.

Take the reason of political division as another example. Will leaving your church—or any church—solve this?

The truth is that we’re in a cultural moment where our entire society is polarized and debating issues. That challenge will follow you anywhere and everywhere.

Similarly, are isolation and loneliness a function of your current situation, or are they more of a choice you’re making? Or, put differently, the result of a series of decisions you’ve made? (Here’s how loneliness in leadership happens.)

Perhaps the only stated reasons that might be unique to your situation are reasons 5 and 6: A lack of optimism about the future of your congregation and a difference in opinion about the direction the church should take.

That’s a real factor, but then again, when I feel that way, is that someone else’s fault? Whenever I find myself frustrated with the people I lead, I remind myself that I’m the leader who led them to this place.

As a result, what guarantee is there that I won’t lead my next organization to a stalemate?

I’m not trying to be unempathetic. I have also been frustrated with the progress of different churches and organizations I’ve led. And then I have to remind myself, that I’m the leader. I’m responsible.

So, in summary, will leaving ministry fix any of these problems?

I’m not sure it will.

Instead, you’re far more likely to transfer your unresolved issues to a new context and inherit a new set of problems.

I don’t take these challenges lightly.

In fact, I’m concerned enough that I created a new forum for leaders to get access to not only the premium training, strategies, and resources they need to lead into the future, but with mentors and peers in a meaningful community.

It’s called The Art of Leadership Academy. You can join the almost 1000 leaders so far who are forming an amazing community in the Academy.

2. What Will It Feel Like If You Abandon Your Calling?

I’m guessing you got into ministry because you felt called to it. I get it. That’s my story too.

The question for you becomes: Are you called to whatever you are moving into next, or are you simply escaping?

Escaping can feel like a tremendous relief, but when the pain subsides and you start moving on, it’s not that hard to imagine a deep sadness and regret seeping in if you left a calling too soon.

That doesn’t mean you can’t go back, but it does mean that right now you still haven’t made a decision you’ll regret later.

I served in a local church for 20 years before handing leadership over to my successor a few years ago. That was a tough decision I prayed about and sought counsel over for quite a while before making the move.

But I saw it as much as a shift in assignment rather than an abandonment of calling. (The challenge for me was to avoid being a pastor who stayed too long, rather than the current challenge we’re seeing of pastors leaving too soon.)

If you’re not sure your calling is up, here’s an alternative. If the pressure is too great and you need an escape, try a leave or sabbatical.

During it, do some healing. Go to therapy.

And as you wrap up your break, design a new, sustainable, healthier rhythm when for when you return. Because time off won’t heal you if the problem is how you spend your time on. (I write more about creating a sustainable pace here).

3. What Are You Going to Change About You?

This final question—what are you going to change about you?—involves a hard look in the mirror. And as painful as that is, for me that’s been such a great growth area (and coincidentally usually has resulted in me staying rather than leaving).

When you look at the top reasons pastors want to quit, two-thirds are within the leader’s control.

And if you dig a bit deeper, even the two that aren’t directly within a leader’s control (the immense stress of the job and the current political division) do involve your response to the external situation.

The only thing you can control when faced with external challenges is your response to those challenges.

And a lot of that has to do with the boundaries you create.

As a young leader, I let stress happen to me. When I had little to no control over a situation, I let it eat my time and attention.

Over time, I learned that was completely counterproductive. No amount of worry, stress or gnashing of teeth made anything better.

What made it better was my learning to focus on what I could control, not on what I couldn’t. I also learned how to take a break, including teaching myself how to take mental breaks so the problems didn’t dominate my thought life. I developed some hobbies, built more life-giving relationships, and created much better boundaries.

Those turned out to be pivotal decisions.

Before you quit your job, ask yourself what you’re going to change about yourself.

Then, ask the second question: If I made these changes here—where I am now—what would improve?

The answer, most of the time, is far more than you thought.

I’ve always told myself (and other leaders): never quit on a bad day.

And sure, we’ve had a few years of really bad days.

Despite all that, reframe what’s ahead of you. Instead of thinking about quitting, think about finishing.

Quitting is easy. Finishing is hard.

Both quitting and finishing result in the same outcome: you leave. Nobody, after all, stays forever.

But quitting usually involves surrendering to the pain or letting the circumstances control your exit.

By contrast, finishing usually involves pushing through the pain to a moment or season where the circumstances move both you and the mission forward as best you can.

The point isn’t to never leave.

The point is to leave when you’ve made a well-considered, prayerful, wise decision. Then you’ll finish. And finishing is a far better alternative.