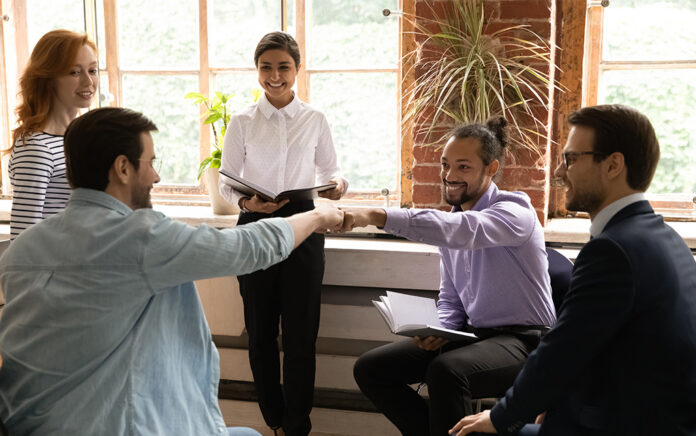 One of the most quoted leadership axioms is this gem from Max De Pree, a former leader of Herman Miller office furniture. De Pree famously said:

“The first responsibility of a leader is to define reality. The last is to say thank you. In between the two, the leader must become a servant and a debtor.”

In this one pithy statement, we find four important leadership traits. Leaders must possess and display the courage to define reality, the gratitude to say “thank you,” the responsibility to steward well, and the passion to serve others.

The Courage to Define Reality

Leaders must possess the courage to define reality and the conviction to declare a direction that meets real needs. Without defining reality, a new direction is not understood or embraced because people must feel the weight of the current context to desire any type of change.

The Gratitude to Say Thank You

Ungrateful leaders are miserable to work for and drudgery to follow. Ungrateful leaders think they are entitled to their positions and in return they mistreat people. Inevitably, an ungrateful leader will create an ungrateful culture. A wise leader is thankful for the people who give of themselves to the mission of the organization or ministry and thankful for the sacred opportunity to serve others. Leaders who view their role as a gift, not something they are entitled to, are much more likely to say “thank you.”

The Responsibility to Steward Well

De Pree said the leader is a debtor. I believe he meant the leader owes the organization and the people his or her best because of the trust they have given. Leaders are stewards of time, energy, and resources. Not only their own, but the time, energy, and resources of others too. Which means leaders are responsible to steward these resources as wisely and faithfully as possible. We owe it to the people who trust us.

From Outreach Magazine  What Are the Essential Church Policies?

The Passion to Serve Others

In between defining reality and saying “thank you,” a leader is a servant. Leaders who see themselves as servants don’t see themselves above the work or above the people. They are committed to both the mission and the people. One could argue that the often-used term “servant leader” is redundant or even a tautology as the two words are repetitive, or at least they should be. Leaders are to be servants.