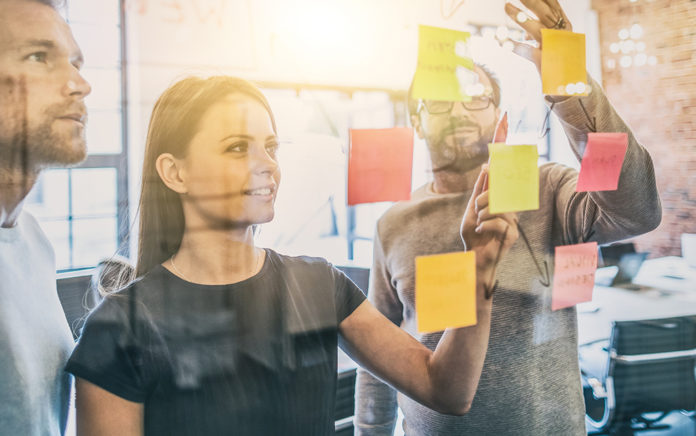 How to keep from sabotaging your own process

The best ideas in an organizational setting often come by getting a group together and throw out random new ideas or ways of doing things. You can usually come up with better solutions if you put the right people in a room and let them throw lots of ideas on the table—or on a white board—even seemingly bad ideas (at least at first). But there are some phrases you must ban when developing ideas.

The reality is change spurs momentum, so if you want to create some excitement around you, get a variety of people in a room and let the ideas flow freely. If you are in a stuck or stale position—and want to see new growth—one recommendation I’d give is to organize a session of ideation.

But you’ve got to be intentional to be successful at ideation. You need enough people. (If you don’t have a large church staff, invite some lay people. In fact, inviting outside people is often a good idea even with large staffs.) You need the right people—people who will voice their own opinions, but will also be positive-minded, cooperative and supportive of other people’s thoughts.

It’s usually good to begin with some open ended questions or problems to solve in order to spur discussion. You need plenty of time, because ideas often come slowly. It needs to be a relaxed environment where people feel the freedom to get up and walk around the room, for example. And then you need to establish some rules up front. This is the part we sometimes fail to do and where the process gets off track.

From Outreach Magazine  10 Keys to a Spiritual Breakthrough

Specifically, there are certain phrases, which you must ban in an effective meeting intended solely to generate ideas. They should be off limits. In fact, you might even give everyone the freedom to challenge when they hear one of these.

There are probably others, but let me share some which come to my mind.

PHRASES TO BAN WHEN DEVELOPING IDEAS:

• We’ve never done it that way.
• So and so is not going to like it.
• We can’t afford it.
• Let’s get serious—so only throw out ideas that make sense.
• We tried that and it didn’t work.
• The problem with that is ________ (before the idea has a chance to even breathe).
• That’s ridiculous—(always translated you’re ridiculous).
• Tell me how we would even do that.
• There’s not enough time for that idea.
• Let’s wait a while before we try to go there.

Additionally, long sighs, shrugged shoulders or any animation which displays a sense of disgust or lack of initial support should also be discouraged.

There should be plenty of time to critique ideas before they are implemented, but when looking for new ideas you want every idea on the table. There are no bad ideas at this point—capture all of them. In fact, the one, which may seem the worst idea of all, may be the trigger for someone else’s spark of genius.

This is a great time to encourage randomness. I’ve even led us to play games prior to starting such a meeting.

New ideas are usually out there—they just need to be brought to the table. That’s the main benefit of this type of process.