Home Features How to Help a New Staff Member Get Acclimated 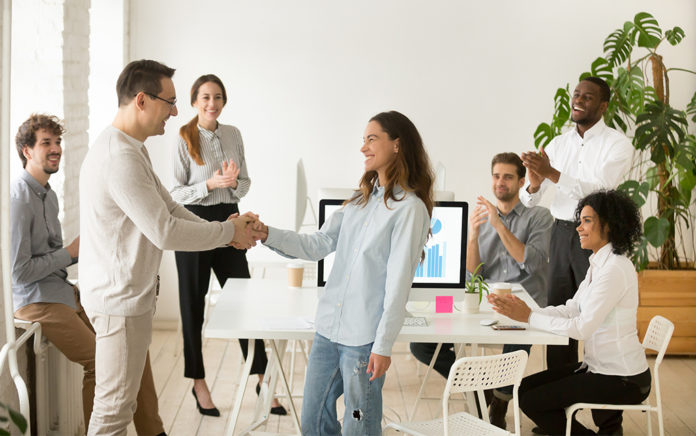 This article originated after I received the following message from a pastor friend: “I have a new full-time associate pastor starting next week. What suggestions would you give for getting such a person off to a great start?” What a great question! Through the years I have hired hundreds of people. I don’t do a […]

This article originated after I received the following message from a pastor friend:

“I have a new full-time associate pastor starting next week. What suggestions would you give for getting such a person off to a great start?”

What a great question!

Through the years I have hired hundreds of people. I don’t do a lot of things right, but finding good people seems to be one of my strengths.

Getting a new person started in a good way is probably equal to finding the right people—especially if we hope to keep them. I can’t say I’m the best at this. I tend to be less hands-on than needed sometimes.

But I have learned from some bad experiences too.

HERE ARE 7 WAYS TO HELP A NEW STAFF MEMBER SUCCEED

Lighten their initial work load. I like to tell new staff members not to attempt too much the first 90 days. Give them a chance to acclimate to the church, learn the people and some of the unwritten rules and culture. Also, most likely they also have home responsibilities to get settled and need to feel free to take care of those things also.

As much as it is important the staff member feel welcomed, it is equally important for the family. This includes spouse and children. Don’t overwhelm them with expectations either. Give them space, but make sure they have support if they need it. In my experience, the transition can be harder on the family than the person joining your team.

3. Help Them Understand the Current Vision, Direction and Culture.

Where are you hoping to go as a church? What are people getting excited about these days? Where is there momentum and where does there need to be more? Answer as many questions as you can for the person. Information is powerful. They will learn much of it on their own, but the more you can share with them the faster they will feel a part of the team.

From Outreach Magazine  Why We Shouldn't Disparage Counting in Church

You want to give them space to explore, but don’t ignore them either. Give them plenty of access to you and others on the team. This should always be true of a healthy culture, but especially during the initial days.

5. Help Them Understand What a Win for Their Job Looks Like.

They will likely hit the ground excited about accomplishing something. Make sure they know, in your mind, how they will be considered successful. Don’t make them guess what you are looking for them to accomplish.

6. Introduce Them to Key Stakeholders.

Don’t make him or her find out on their own who the influencers are—good or bad. Every church has people who everyone listens to—and many have people everyone has a bit of fear of how they will react. Don’t let the new person step on a land mine here. Also, introduce them to people who will be their biggest supporters. They will likely need these in the days ahead.

New people will make mistakes. They want always know the “right” way to do things according to the culture of your team. (And this can be a good thing. Let them bring something new to the culture.) You went out on a limb to bring this person in now give them ample time and grace to prove themselves.