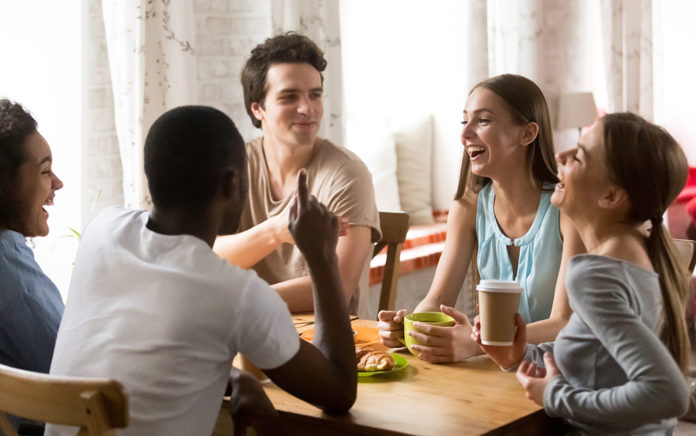 What makes a great small group leader? It’s a good question and if you’ve been in many small groups in your life you know that there are clearly some characteristics that make really good leaders and then some characteristics that make really bad leaders. It’s an important question for us to ask because, largely, the strength of a group and the Christian community that’s formed in there is really a lot about the leader that’s leading that group.

And you’ve probably had the experience of both ways where you have a bunch of people that don’t really have a lot in common and things start off slow, but because this leader is really committed to the group somehow the Lord takes it and gels everybody together and it becomes a really transformative kind of community experience.

So a lot depends on the leader. Now, what makes a great small group leader? There are a lot of things that you could say here. You could say that a great small group leader is naturally gifted at leadership skills or they’re naturally gifted at facilitating a conversation. All important. But let me give you three that might be sort of flying under the radar.

A COMMITMENT TO HOSPITALITY

Hospitality was really, really important in the early church. As a matter of fact, without hospitality the gospel probably would not have spread in the way that it did because as people traveled from town to town the Christians would open up their homes and invite these people in and it would afford them greater chances to share the gospel, not only in that home, but also in the community. In the Bible, when you look at hospitality you see that it’s one of the characteristics that leaders in the church really need to embody. They must be hospitable people.

This is how hospitality firmly connects into the gospel because that’s what God has done for us. In a divine sense, in a divine display of hospitality, when we were strangers God opened up His life and ultimately His home to us. He let us in. So when we practice hospitality, we’re not just making a casserole or cleaning up the living room. When we practice hospitality we are actually mirroring the gospel. So a great small group leader ought to be committed to hospitality. Not just in the opening up of a room or a home, but of life, welcoming people in, strangers coming in. That’s the first thing.

A COMMITMENT TO THE TRUTH

Perhaps you’ve had the experience of being part of a small group where it felt like at times it was very little about the Bible and very much about people’s opinions and personal exploration. Now, don’t get me wrong. A small group is a great chance for people to express their opinions and it’s a great chance for people to disclose things about themselves. But all of those things, all of that sharing and all of those opinions, all have to play second fiddle to the primacy of the Bible.

A COMMITMENT TO CARE

A great small group is not just about what happens inside of that hour or hour and 15 minutes. A really great small group is formed largely based on what happens outside of those times. So when you have a leader who is not just committed to making that moment really great, but committed to building relationships and praying and caring for people outside of that moment, connecting with them on a regular basis, and then helping them to connect with each other, it’s gonna make the group an incredibly transformative time as people really do start to share life and not just an hour with each other.