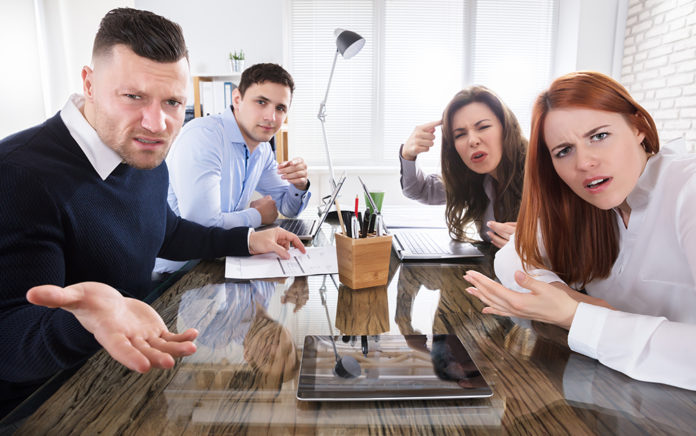 They may seem loud, but usually they’re in the minority.

In any organization of size, there are likely angry people.

In churches, I see pastors, again and again, yield to the pressures and criticisms of the 10%. I get it. I’ve been there and done that. May I suggest some perspectives on this issue? Perspectives are not solutions, but they can help us persevere when the 10% get really loud.

The 10% can seem like a lot of people. Indeed, if your church has 200 active members, 20 loud critics can seem really loud. Brad Waggoner calls it “the power of negativity.” He says the negative person has a tenfold voice in the organization compared to the neutral and positive people.

The 10% want you to think there are more of them. They will use phrases like, “Everyone says …” or “People are saying …” They not only can be negative; they can be downright deceitful.

While you want to have open communications, the 10% will often dominate the rest of the voices in the church. Such is the reason you need to be careful about giving them the platforms and opportunities to spread their negativity.

The 10% love social media. They are often the most vicious when they are hiding behind a keyboard. If you wonder why you are getting sick of social media, it’s because the 10% live there. They love the megaphone that makes their voices seem louder than they really are.

From Outreach Magazine  7 Insights for Dealing With Toxic People

The 10% often are on church rotations. If they can’t get their way, they will move to another church where they can spread their negativity. Be cautious of people who want to transfer to your church if they have nothing but negative things to say about their current church.

The 10% often lead church splits. They will be happy at their new place … until they don’t get their way completely. They will then be ready to spread their negativity at the new congregation. Such is the reason so few church splits do well.

This overview is just one of many perspectives rather than solutions. If you feel like most people are against you in your church, you are likely wrong. It’s probably the 10%. But they do have the loudest voices in your congregation.

This article originally appeared on ThomRainer.com and is reposted here by permission.