Home Features Equipping Younger Leaders to Reach the Next Generation 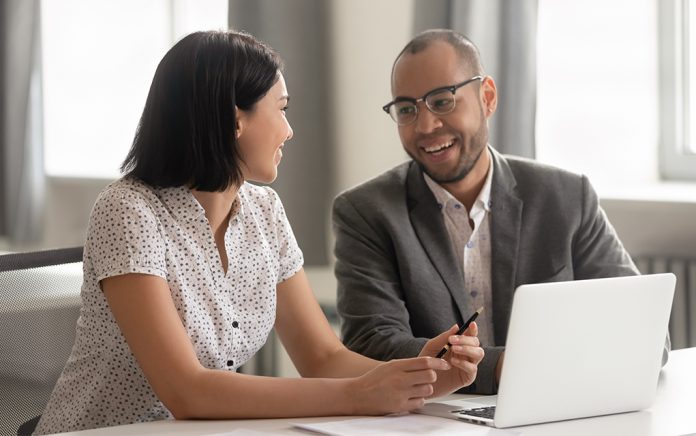 It’s time to stop complaining and start investing in the next generation.

I am passionate about reaching and equipping the next generation.

But here’s a chilling thought that’s been growing in me over the last few years: What if my generation won’t be the one to do it?

There are a number of reasons for this that I’ll share in this article, but here’s the sobering reminder that I think too many of us who are over 40 miss.

Way too often, I see Gen Xers (my generation) and boomers talking about how to reach the next generation. That’s a wonderful thing. And it’s far better than older leaders not caring about the future.

The problem is this: Often when they talk about reaching the next generation, there’s not a single person under 30 with them on the platform, or a single 20-something on their senior team shaping the conversation, strategies or solutions.

This is a problem in the church, and it’s a problem in most organizations. Older leadership excludes younger leaders and then wonders where all the younger people went or why they can’t seem to reach them. Founders or long-term senior leaders often age along with their teams and then wonder why there’s no obvious successor waiting to take over or why everyone they’re reaching is older.

None of this helps organizations reach or influence the next generation.

So what dynamics are at play?

Here are three reasons why my generation probably won’t reach the next generation, and four things you and I can do about it.

THREE REASONS MY GENERATION PROBABLY WON’T REACH THE NEXT GENERATION

Here’s the pattern. When you’re in your 20s and early 30s, it’s easy to innovate and bring about change.

You know what bothers you about how the previous generation led. You have an almost innate sense of what needs to change. So innovation is easy.

But the innovation you introduce quickly becomes the status quo, and as the next generation comes on the scene, they view you as the establishment.

It’s harder to keep innovating as you get older as a leader, in part because you’ve used a lot of your creative energy to craft what you’ve created (your creative energy has a shelf-life and cycle to it), and in part, because most of us fall prey to sunk cost bias (I’ve built this whole thing … we simply have to keep it going). As a result, the older you get the less likely you are to innovate.

Not so with the next generation.

2. You Don’t Understand the Current Culture Nearly As Well As Young Leaders Do.

One of the key reasons older leaders struggle to reach the next generation is because culture keeps changing.

And a built-in advantage every young leader has is this: They’re cultural natives. You don’t think about culture or how it works when you’re in your teens or 20s because you’re so immersed in it.

A leader in his 40s or 50s might know every movie reference from the 90s, but knowing all the key lines from Braveheart and the lyric to every Talking Heads song doesn’t exactly help you connect with 25-year-olds.

So why does this matter?

Simple. It’s hard to reach a culture you don’t understand.

Relevance matters only because relevance gives you permission to speak into the culture. The culture simply doesn’t listen to people it deems irrelevant.

Age is relative. When I was in third grade, the kids in fourth or fifth grade seemed so much older to me.

Now, a year or two (or sometimes a decade or two) doesn’t seem like a big deal at all.

I was talking to a 26-year-old comedian recently who was venturing into stand-up.

As he told me his story, he said “there’s almost no one my age doing stand up.”

To which I said, well what about comedian X? (naming someone else we both knew).

I thought to myself, “Well that’s young.” Glad I didn’t say it out loud, because it suddenly dawned on me that when you’re 26, 35 seems ancient.

The challenge with most of us as we age is that we think of everyone younger than us as young (45 is young, right?), and we dismiss the very young.

I’ve seen far too many older leaders dismiss 23- or 27-year-old leaders as “way too young” to entrust with significant power or responsibility. That’s such a mistake.

People entrusted me with stupid amounts of power and responsibility when I was in my 20s. Did I always get it right? No. Emphatically no. But that’s how you learn and grow.

There is a growing sense in Gen Xers and boomers that no one under 30 is really capable of leading. That’s just patently false.

From Mozart (who wrote his first symphony at age 8) to Alexander the Great (who was winning battles as a teenager), and Thomas Edison (who invented the first phonograph at age 30, after years of tinkering), young leaders accomplish incredible things.

So … what should you do to make room for younger leaders?

FOUR WAYS TO REACH THE NEXT GENERATION

I’ve sat with a lot of 40+-year-old leaders who complain incessantly about what young leaders lack.

I recently surveyed over 900 CEOs, entrepreneurs, church leaders, administrators and other leaders to find out what they thought about younger and older leaders in the workplace.

One older leader wrote, “They have a hard time being a team player and doing things they are not ‘passionate’ about.”

Another wrote, “They listen to one podcast and they’re an expert.”

The number one complaint young leaders have about older leaders in the workplace? They’re inflexible, won’t listen and won’t change.

Older leaders, this is on us to lead the way.

Instead of criticizing them, embrace and learn from them.

2. Find, Fuel and Fund the Next Generation.

Rather than fighting the next generation, find, fuel and fund them instead.

From Outreach Magazine  The Strength of Peace

Older leaders are in a remarkable position, often with wisdom, connections, influence and resources younger leaders don’t have.

That puts older leaders in the incredible position of being able to find young leaders and fuel their leadership by investing in them and even providing the funds to explore and innovative new ways of implementing the mission.

Too many older leaders fight young leaders. Wiser leaders find them, fuel them and fund them instead.

For reasons I outline here, far too many leaders stay two seasons too long.

The best thing those of us in leadership today can do is flip the keys to the next gen. Sometimes that’s some of the keys. In other cases that’s all of the keys.

At a minimum, it includes inviting them around the table not just to talk but to act. To influence, shape and lead.⠀ ⠀

So many people think that because they have some young people in the organization they’ve cracked the code. No, you haven’t.

The key is to get actual young leaders at the actual senior leadership table.

First, there may not be anything to hand over if you hang on for too long.

Second, giving the next generation the room to lead doesn’t threaten your job security, it gives you job security.

Why? Anyone who can help an organization renew itself is highly valuable to the organization.

So, hand over the keys. I don’t know your particular situation, but I promise you, you need to hand over some of them, and in some cases all of them.

Here’s what’s at stake. Older leaders, your desire to hang on to power is disempowering the next generation.

Surprisingly, the next generation needs older generations. (They just don’t need them clinging to power.)

One of the most encouraging things about the next generation is their deep desire to learn from older leaders.

As Gordon MacDonald has said, today’s young people are a generation looking for a father (and perhaps a mother).

Whether you’re still in the senior leadership seat or not, an ongoing role for older leaders to play is to mentor, equip and convene the next generation of leaders.

For sure you should be doing this for your younger staff, but it could be larger than that. I’ve connected with tens of thousands of young leaders through my blog and through my leadership podcast.

You’ve probably also got convening power as an older leader, and by that I mean the ability to get people in a room. Whether that’s inviting young leaders to join you, or pulling together a variety of leaders to build into the young leaders in your orbit, your ability to give to the next generation is something they both need and crave.

So invest. If you’re like me, you’ll love the return you see.