Home Features How to Apologize Well as a Leader 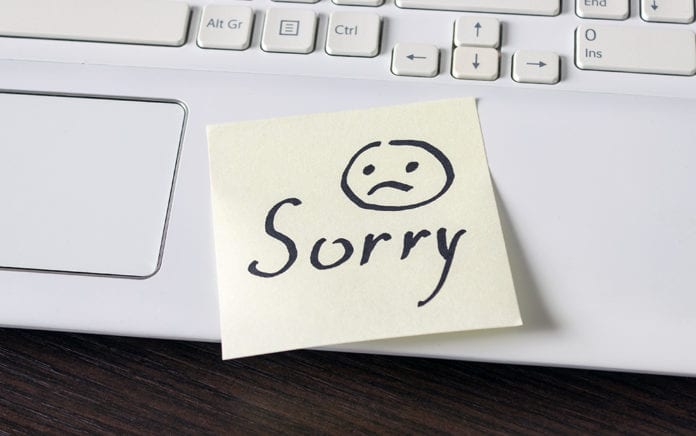 Leaders should be the first to apologize, and here are five ways to do it well.

You probably have a love/hate relationship with apologies.

And let me guess, when you do apologize you’re tempted to explain, justify or defend your actions—which is not really an apology at all.

Please hear this. Two of the most powerful words a leader can utter are simply, “I apologize.”

One of the reasons those two words are so powerful is because we hear them so rarely from leaders.

Think back over your life. When has a leader come to you, looked you straight in the eye, and offered an unconditional apology?

Rarely is my guess. Maybe never.

So let’s change that.

5 WAYS TO APOLOGIZE WELL IN LEADERSHIP

At its heart, an apology is ownership. It says “I was responsible.” Whether you intended to hurt someone or mess up a situation is irrelevant.

Mature, responsible leaders know when they are the problem, and they work hard to see and claim their share of anything that went wrong. They’re quick to accept blame, and even faster to assign credit to others when things go well.

These leaders know it’s not about them. It’s about the mission and the team.

So how do you apologize well in leadership?

Here are five guidelines that have helped me, and that I’ve appreciated when I’ve seen them at work in other leaders:

Often when a situation gets messed up, people are wondering what to do with it. Sweep it under the rug? Let it go? Wait for someone else to take the lead.

If you’re a leader—even if you’re not the senior leader—take the initiative. Go first.

If you do, you’ll not only break the ice, you’ll give others permission to take their share of responsibility and you’ll make the situation better.

Ideally, you will take the person or people involved aside, look them in the eye and own your part of the problem (which sometimes is 100% of the problem).

But if you’re not going to see them soon, don’t delay.

In the last week, I’ve sent two emails to apologize for the tone in which I communicated something because I knew I wasn’t going to see the person within 24 hours.

Whatever you do, own what you need to own quickly.

3. Be Specific About What Went Wrong and What You Did.

When things go wrong, the temptation is to be vague.

“Well, I’m not really sure what happened, but I’ll make sure it doesn’t happen again.”

“I don’t really know why it didn’t get done, but I’ll make sure it won’t happen again.”

I hear this all the time and it drives me crazy.

Really? How can you be sure it never happens again if you don’t even know what happened?

Being vague on the details is a sign that you don’t really care enough to figure out what happened.

Great leaders do solid postmortems on tough situations so they can figure out what happened, what they could have done to avoid it, and how not to let it happen again.

When you’re owning a situation and apologizing for your role in it, being as specific as you can makes your apology mean more and makes you much more effective as a leader moving forward.

From Outreach Magazine  7 Key Values to Build Your Leadership On

Our word “apology” comes from the Greek word απολογια (apologia), which means “defense.”

That’s not a bad thing when you’re engaging in apologetics (defending or advancing a belief system), but it’s a terrible thing to do when you are actually apologizing.

Saying things like, “If she had delivered the first version to me on time I would have had it done on time” doesn’t help.

A defense is often an abdication of responsibility.

Don’t defend yourself. Don’t blame others.

Just own it and apologize.

This is closely related to not defending yourself, but it’s so natural and common to justify your failure that it deserves mentioning.

Sure, traffic might have been slow. But you should have left 10 minutes earlier.

Yes, the shipment was delayed, but your job was to get it there on time, wasn’t it?

Those may be explanations, but they are not justifications. They don’t make what you did or failed to do right.

Never use an explanation as a justification. Even if you talk about reasons, still own your failure 100% (“I was really tired, but I was also really wrong. I apologize.”)

I find that when I apologize using these guidelines, things go much better for the team and for me. Why? Because I grow, and I learn. And I become a better leader when I take full responsibility.